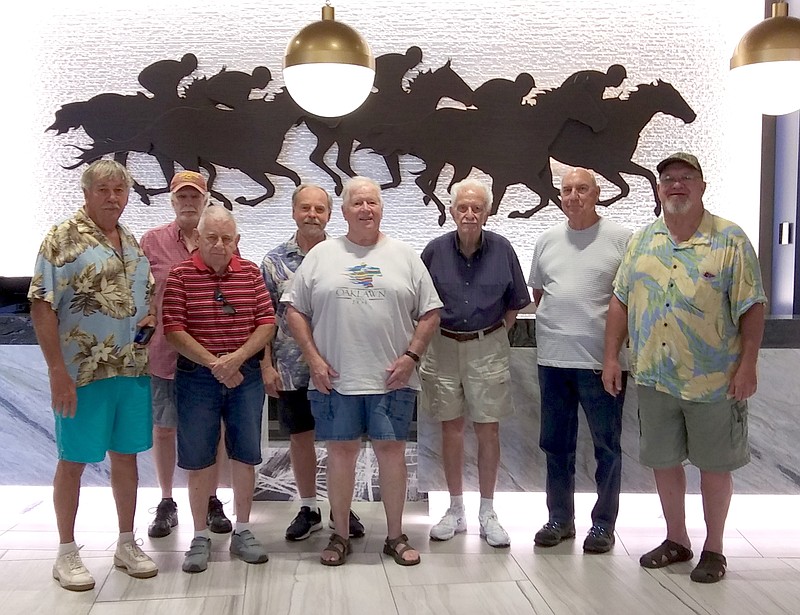 After a hiatus of more than a year, the Marion Anderson Men's Breakfast Group was able to meet again on July 8, choosing the Oaklawn Track Kitchen for breakfast.

"Afterward one of our members, an employee of Oaklawn, Don Hughes, arranged for us to be shuttled to the new hotel for a grand tour," the group said in a news release.

"Our guide, Stacy Caver, explained and showed off the new hotel and casino addition. We got to see one of the mini-suites overlooking the racetrack. The event center as well as the various new restaurants which feature great views of the infield were impressive," it said.