The National objectives are contributions for ophthalmic research, donations to Eye Banks, signatures on Eye Donor cards, assistance to the blind or those visually handicapped and the advancement of knowledge through the study of Southern culture.

"The national society was chartered in 1962 to provide an organization in which women of Southern ancestry may combine their efforts to promote benevolent, patriotic, educational endeavors including, but not limited to, promoting and encouraging the study of political science and lending assistance to the development and application of ophthalmic research," the release said.

Members are all women of Southern ancestry pertaining to the Southern States of the United States of America. Members must prove they have an ancestor who aided in some period of Southern history in the settlement of and/or building of the South and are personally endorsed by two members, it said.

In addition to regular membership, special membership is conferred upon Junior Members age birth to 22.

Spears began asking potential members if they would be willing to support a new organization under the SDA National guidelines and quickly found over 20 women interested. Email Spears at [email protected] for more information. 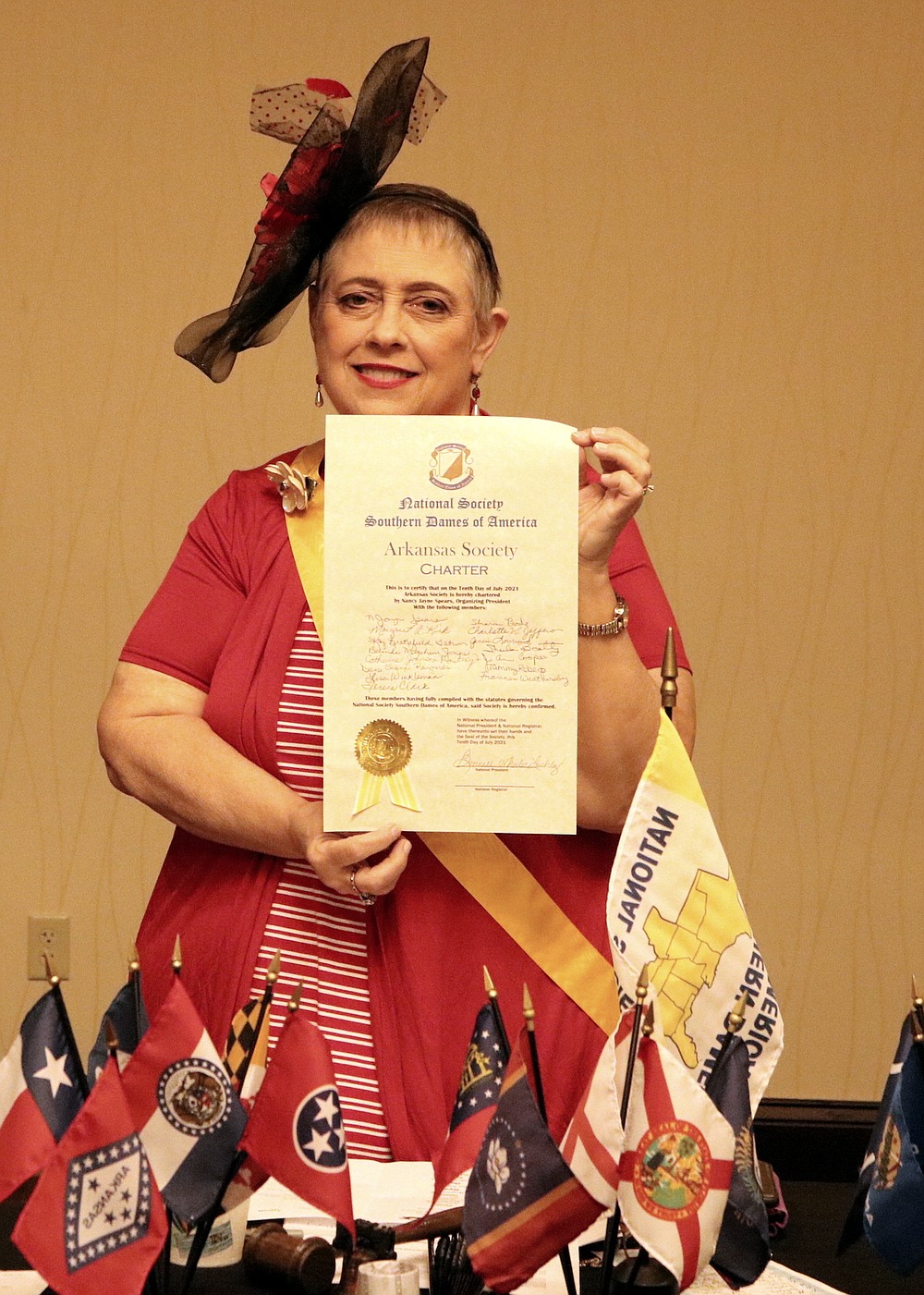 Charter President Jayne Spears, standing in front all the state flags of the South, holds the charter signed by all the members. - Submitted photo