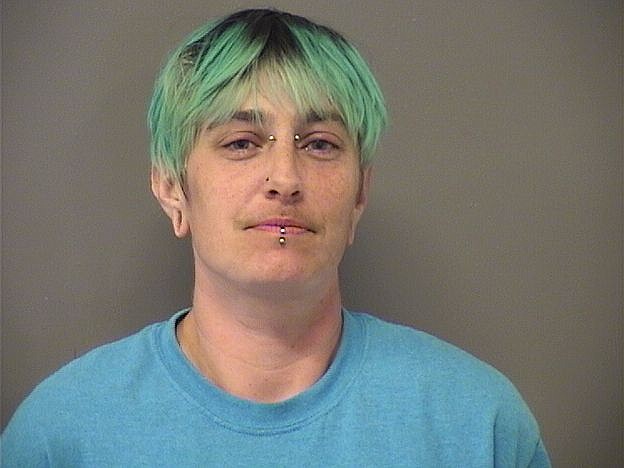 A local woman who reportedly wrecked her car early Tuesday while driving drunk was arrested on felony and misdemeanor charges after Hot Springs police allegedly found over half a pound of marijuana in her vehicle.

Laurann Michelle Tichnel, 35, who lists a Twinklestar Trail address, was taken into custody shortly before 3:30 a.m. and charged with felony possession of a controlled substance, marijuana, with purpose to deliver, punishable by up to 10 years in prison, and driving while intoxicated, first offense, and possession of drug paraphernalia, both misdemeanors punishable by up to one year in jail.

Tichnel, who lists no prior criminal history, was being held on a $5,500 bond and is set to appear today in Garland County District Court.

According to the probable cause affidavit, shortly after 3 a.m., HSPD Officer Tyler Barrett and Officers 1st Class Wes Smith and Jason Greene responded to the corner of Quapaw Avenue and Orange Street where a red Mitsubishi Lancer had collided with a utility pole.

Officers made contact with the driver, identified as Tichnel, and noted she had bloodshot, watery eyes, slurred speech and an odor of intoxicants on her breath and person. They also noted an "extremely strong" smell of marijuana coming from the vehicle and numerous empty and full beer cans in plain view inside the car.

Tichnel allegedly had trouble walking after she exited her car and "had to use the car for stability." Officers attempted to perform field sobriety tests, but Tichnel was reportedly uncooperative and they had to stop multiple times and "instructed consistently on how to stand" during two of the tests.

"Due to Tichnel's actions and inability to complete a single test," she was arrested for DWI. At that time, she reportedly made a comment about drinking and "recently leaving the bar."

During a search of her vehicle, officers reportedly found a backpack with five individual bags of marijuana "that appeared to be packaged for sale," a total of 227.4 grams or over half a pound. She also had a glass jar with a ball of marijuana hash, approximately 3 grams, a small container of THC wax and a digital scale with residue.

Once at the jail, Tichnel submitted to a Breathalyzer test which registered her blood alcohol content at 0.182%, over twice the legal limit. Tichnel reportedly told the officers the hash ball and wax "sells for $60."

Print Headline: Local woman charged after wrecking her car and police find half a pound of drugs