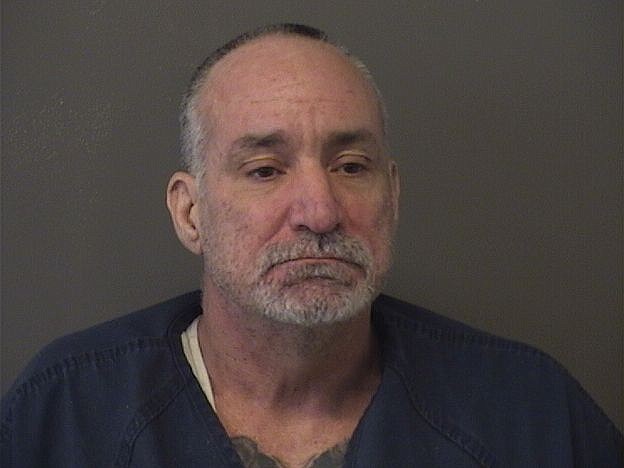 A Level 3 or "high risk" sex offender with a long history of failing to register was sentenced to six years in prison Monday after pleading guilty to multiple charges in Garland County Circuit Court.

Toby Edward Carter, 53, who listed a Kerry Lane address when last arrested on July 9, pleaded guilty to three counts of failure to register as a sex offender or report an address change, punishable by up to 10 years in prison, and was sentenced to six years on each count, to run concurrently, while a fourth count on the same charge was withdrawn.

According to the probable cause affidavit from his April 11, 2021, arrest, on Sept. 22, Carter came to the Hot Springs Police Department to register as a sex offender and completed the verification process where he agreed to return no later than Dec. 5, 2020, to again verify his information.

Detective Brian Branstetter noted that Carter failed to appear on Dec. 5, 2020, and as of Jan. 11, he still had not come to the department or contacted Branstetter to update his information, 26 days past the required time.

A warrant for his arrest on the latest violation was issued on Jan. 13.

According to the affidavit for his April 17, 2020, arrest, on March 2, 2020, Branstetter noted Carter had registered two different addresses during separate incidents, including listing a Civic Street address on Jan. 10 and a Hobson Avenue address on Feb. 24.

That same day, Branstetter contacted Garland County Sheriff's Deputy Courtney Kizer, who oversees the county's sex offenders, and she confirmed Carter was delinquent with his registration in the county as well. She said Carter had listed an Alanna Drive address on Dec. 18, 2018, but failed to update his information after moving into the city.

As of March 2, 2020, he had not registered with either the city or county for 271 days past the stipulated date.

The next day, Branstetter contacted Carter by phone and he again listed a Civic Street address, but noted he was currently at the Covenant Recovery Center in Pine Bluff and had been there since Feb. 29. When told he was "extremely behind" on his registration, Carter stated that he "knew this."

After his release from his April 17 arrest on May 1, Carter had five days to report in person to the HSPD or GCSO to register an address, but as of May 13, seven days past the required date, he had still not registered so he was arrested again that day.

Print Headline: Sex offender is sentenced to six years in prison for repeatedly failing to register