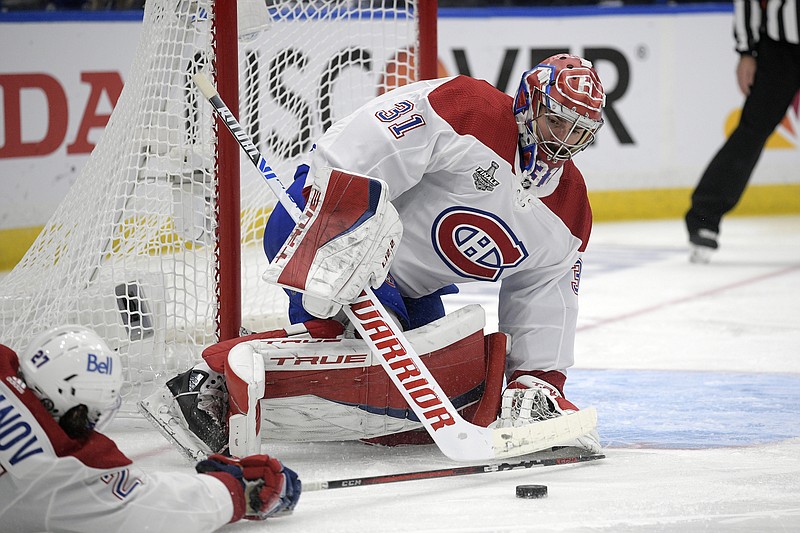 Montreal Canadiens goaltender Carey Price (31) plays the puck on July 7 during the first period in Game 5 of the Stanley Cup Finals against the Tampa Bay Lightning in Tampa, Fla. After backstopping the Montreal Canadiens to the Stanley Cup Final, Price has been left unprotected for the Seattle Kraken expansion draft. Price agreed to be exposed so the Canadiens could protect cheaper backup Jake Allen. - Photo by Phelan Ebenhack of The Associated Press

SEATTLE -- What the expansion draft of the Seattle Kraken lacked in drama it made up for with quirks, production and a giant party to celebrate one of the biggest steps in the launch of the NHL's newest team.

"I envisioned this a lot of different ways and this is unbelievable," Seattle coach Dave Hakstol said. "All the boats on the lake behind us, the scene on the other side of the stage. It's awesome."

Any unknowns about Seattle's selections evaporated when all 30 names leaked hours before the team announced its selections on the shore of Lake Union. It was still a celebratory night to introduce the nucleus of a team that will make its debut at Vegas in a matchup of the league's two newest teams in mid-October and play its first home game on Oct. 23 against rival Vancouver.

One pick was announced by an octopus from the Seattle Aquarium. Another came written on a fish thrown in the city's legendary Pike Place Market. And there was an assembly line of Seattle sports celebrities taking part, from Sue Bird to Marshawn Lynch.

Fans on all types of aquatic devices -- paddleboards, kayaks and all sizes of boats -- created a flotilla traffic jam on Lake Union. There were giant inflatable octopuses, makeshift Stanley Cups and when Gary Bettman appeared next to the shore, he was soundly booed as all commissioners are.

"It proves you're true hockey fans," Bettman said to the group on the water, leading to chants of "Gary, Gary, Gary!"

It was clear that flexibility with the salary cap was one of Seattle's biggest priorities in setting its first roster. Of the 30 players selected, Seattle committed only $54 million of a possible $81.5 million, not including a few restricted free agents who will push the number closer to $60 million should they stay.

The side deals and trades that Vegas fleeced the league with four years ago were absent this time around. Vegas announced 10 trades during its expansion draft; Seattle, zero.

"Last time around (with Vegas), teams were paying a price to stay away from guys. This time, they weren't willing to do that because GMs learned," Seattle general manager Ron Francis said. "What they were looking to do is get us to take bad money or bad contracts in order to leave somebody exposed and for us we think (cap space) was the most valuable thing asset we had right now, especially in potentially a flat cap environment for a year or two."

Defense was clearly a priority for Seattle, whether to build its own depth or for the opportunity to flip players for other options. A few seem locks to stay, like Adam Larsson and Jamie Oleksiak, both unrestricted free agents who signed long-term deals with Seattle. Larsson got a $16 million, four-year deal and Oleksiak got $23 million over five years.

Veteran Mark Giordano from Calgary was thought to be a possible option for flipping, but seemed unlikely when he walked on stage and pulled on the Kraken home jersey.

Giordano, 37, has the biggest cap hit of any player taken but could soon wear the captain's "C" when they open their inaugural season.

"It feels a little bit different today, but it's been crazy last day or so," Giordano said. "This is the first time in my career I've ever been drafted, so thank you to the Kraken and I'm happy to be here."

As far as other players selected, the Kraken got their goaltender in late-blooming Chris Driedger, and veteran forwards Jordan Eberle and Jared McCann. Seattle took Tampa Bay forward Yanni Gourde but he will miss at least the first month of the season following shoulder surgery.

Seattle passed on big-money goaltender Carey Price, who was fresh off backstopping Montreal to the Stanley Cup Final, choosing instead to sign Driedger to a $10.5 million, three-year contract. The 33-yearold Price has a cap hit of $10.5 million -- annually -- and a questionable injury history.

"When I kind of came to terms, I had no clue who my goalie partner would be," Driedger said. "I'm kind of just betting on myself in that situation. In the NHL there's going to be competition wherever you go."

Seattle also took goalies Vitek Vanecek from Washington and Joey Daccord from Ottawa. Driedger and Vanecek combine to cost less than half of Price.

Eberle, one of a handful of players at the event, called it a "new challenge."

"You don't get many opportunities to be part of a new franchise," said Eberle, who came from the New York Islanders. "Any time you get that opportunity to bring the Cup to a city that's never had it before, it's pretty special."

Seattle had the Stanley Cup once before, in 1917, when the city's team was the Metropolitans.

It's up to Francis and the Kraken to try to bring it back, and the expansion strategy seemed to mimic the Golden Knights in making some off-the-board picks rather than taking big stars.

"I have a tremendous amount of faith in Ron Francis' ability to build a team," Driedger said. "He knows what he's doing."

Boston defenseman Jeremy Lauzon will go down in the record books as Seattle's first expansion draft selection. Kole Lind from Vancouver was the 30th.

"A great list of guys here," Oleksiak said of the roster. "It's a new team team and it offers a lot of opportunities for guys and it's going to be a lot of fun." 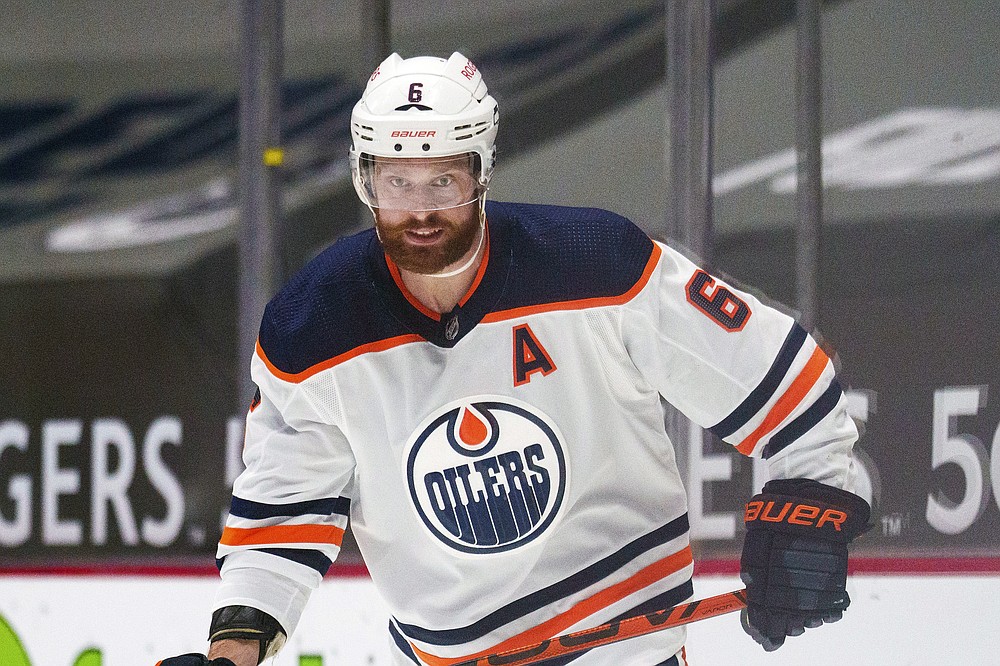 FILE - Edmonton Oilers' Adam Larsson (6) is shown during an NHL hockey game against the Vancouver Canucks in Vancouver, British Columbia, in this Monday, May 3, 2021, file photo. Adam Larsson and Chris Driedger are going to the Seattle Kraken in the expansion draft. One person with knowledge of Larsson's deal said the defenseman has agreed to terms with Seattle on a $16 million, four-year contract. Another person with knowledge of Driedger's deal said the goaltender has agreed to a $10.5 million, three-year contract. The people spoke to The Associated Press on condition of anonymity Wednesday morning because the team was not announcing any moves until the expansion draft Wednesday night, July 21, 2021. (AP Photo/Nick Didlick, File) 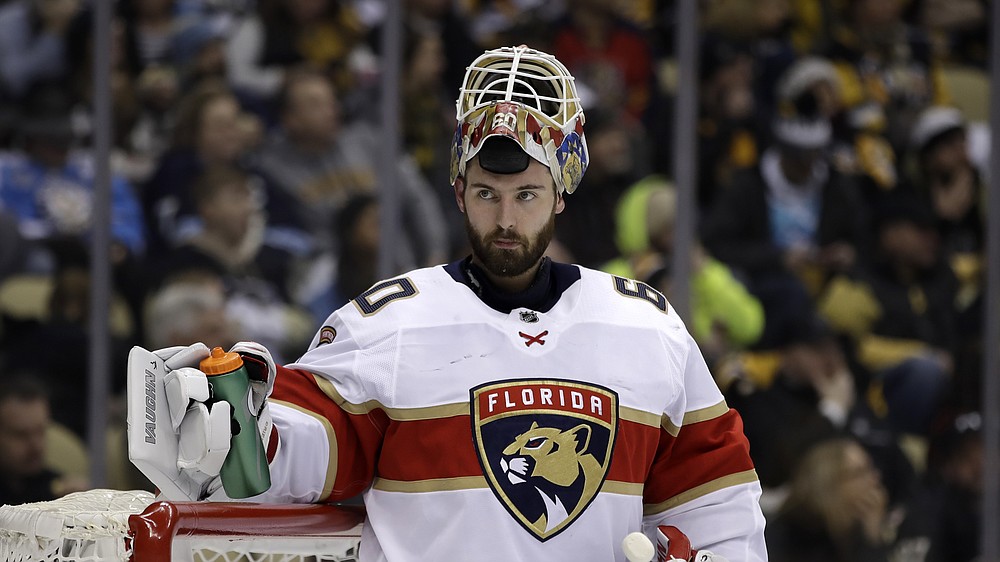 FILE - Florida Panthers goaltender Chris Driedger takes a timeout during the second period of an NHL hockey game against the Pittsburgh Penguins in Pittsburgh, in this Sunday, Jan. 5, 2020, file photo. Adam Larsson and Chris Driedger are going to the Seattle Kraken in the expansion draft. One person with knowledge of Larsson’s deal said the defenseman has agreed to terms with Seattle on a $16 million, four-year contract. Another person with knowledge of Driedger’s deal said the goaltender has agreed to a $10.5 million, three-year contract. The people spoke to The Associated Press on condition of anonymity Wednesday morning because the team was not announcing any moves until the expansion draft Wednesday night, July 21, 2021. (AP Photo/Gene J. Puskar, File)