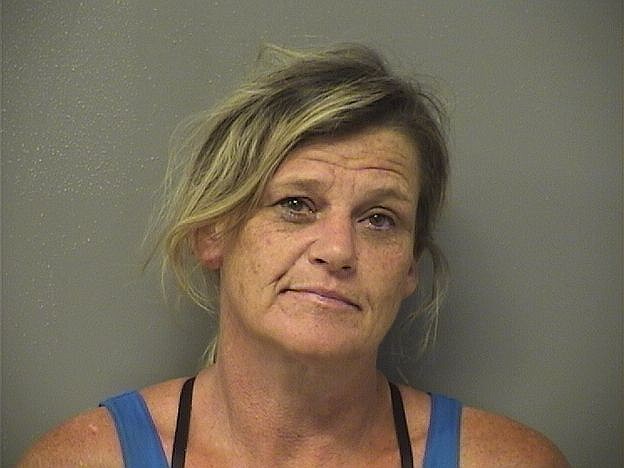 An investigation into suspicious activity in the parking lot of a closed business resulted in the arrest of a Malvern woman early Wednesday on felony drug charges and a theft warrant out of Hot Springs.

Dry, who also had a warrant for failure to appear, was being held on a $6,000 bond and was set to appear Wednesday in Garland County District Court.

According to the probable cause affidavit, around 1:30 a.m., Hot Springs police Officer Anthony Larkin saw a suspicious vehicle occupied by a man and woman behind a closed business in the 1800 block of Albert Pike Road.

He approached the vehicle, a green 1997 Chevy C-1500 pickup truck, and made contact with the woman, identified as Dry, who stated she was just dropping off some items to donate.

Dry verified the truck was hers and she was driving and a computer check revealed the warrants for her arrest, so she was taken into custody. During a search of the vehicle prior to towing, Larkin located Dry's purse, which allegedly contained a glass pipe with residue and a plastic baggie with 2 grams of what later tested positive for meth.

According to the affidavit on the theft charge, on June 11, a woman reported a theft from the parking lot of her business at 216 Garrison St. that was under construction. She said a woman in a green pickup stole a drainage pipe, water hose and plywood, with a total value of $260.

The victim was reportedly able to identify the woman as Dry and she said she drove to Dry's residence on Tram Cutoff in Malvern. Once there, she said she located the pickup with the stolen plywood still in the back.

She provided security footage of the pickup in front of her business and Dry at the scene. Larkin compared a recent mug shot of Dry to the security footage and confirmed it was Dry who stole the property on Garrison.

A warrant for Dry's arrest on the theft charge was issued on June 15.