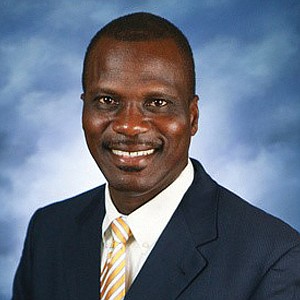 The Rev. Iverson Jackson will discuss critical race theory at a public forum at the Republican Party of Garland County committee meeting on Aug. 5.

The meeting will be held at the McGrew Building conference center at 615 W. Grand Ave. in Hot Springs at 6:30 p.m. The public is welcome to attend and admission is free.

The Republican Party of Garland County normally meets on the first Thursday of every month at its headquarters at 615 W. Grand Ave. Information on voter registration and membership is available. For more information, visit http://www.TheRPGC.org or call Jim Keary, RPGC secretary, at 501-786-9206.

Jackson, who received the Frederick Douglass award from the African American Coalition of Arkansas on June 12, is the senior pastor of Zoe Bible Church in Little Rock.

He is a retired lieutenant colonel in the U.S. Army Reserves, after serving 25 years.

"Jackson has spoken on the critical race theory at several events including a forum held in Hot Springs on June 21. He said at the forum that supporters of the critical race theory are attempting to rewrite American history to say the founding of our country was evil, Jackson told about 100 people who attended a forum in Hot Springs on June 21," a RPGC news release said.

He is a graduate of Rhema Bible Training Center in Broken Arrow, Okla.