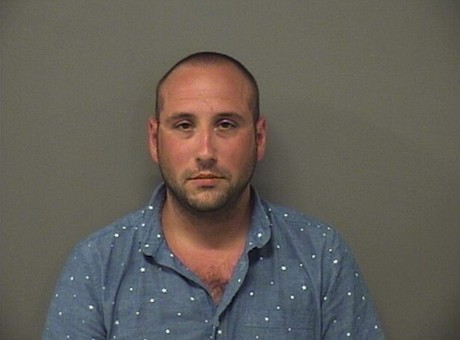 Travis James Smith, 27, who lists a Cordero Lane address, was taken into custody shortly after 7:30 p.m. and charged with aggravated assault on a law enforcement officer, a felony punishable by up to six years in jail, and misdemeanor counts of DWI, first offense, and refusal to submit to a chemical test.

Smith was later released on $4,500 bond and is set to appear July 12 in Garland County District Court.

According to the probable cause affidavit, HSV Police Officer Andrew Dunnavant was dispatched to the area of DeSoto Boulevard and Emperado Way regarding a possibly intoxicated driver in a silver Honda SUV.

Another officer had followed the vehicle and saw it pull over on the side of the road near the west gate. When Dunnavant arrived, he made contact with the driver, identified as Smith, and noted he had bloodshot, watery eyes, slurred speech and an odor of intoxicants on his person so he asked him if he would perform some field sobriety tests and Smith agreed.

Smith reportedly failed the horizontal gaze Nystagmus test, the walk and turn test and the one-leg stand, so he was told he was being arrested for driving while intoxicated and was placed in handcuffs and was going to be placed in the back seat of Dunnavant's car.

During this time, Smith reportedly started getting irate and struggled with officers while being put in the back seat. Once there, Smith allegedly continued to unbuckle his seat belt and then tell officers they didn't secure him properly.

While en route to the detention center, Smith unbuckled his seat belt again and began kicking the inside of the patrol car and "beating his head on the windows," Dunnavant said, forcing him to pull over and put him back in his seat belt.

While attempting to secure him again, Smith allegedly kicked one officer in the chest and then continued fighting with officers until he "finally calmed down enough to sit in his seat the proper way." At that point, the decision was made to expedite the trip to the detention center to "lower the chances Smith would harm himself" in the back seat.

As they continued to the jail, Smith "did not like the fact officers sped up" their response to the jail and became irate again, beating his head on the windows a second time, the affidavit states. Officers had to stop again to secure him in his seat belt and he allegedly began to spit at the officers as they opened the door.

Officers finally got him secured again and made it to the jail without further issue, but once there Smith reportedly became irate again so the staff were unable to fill out any of his paperwork during the booking process.