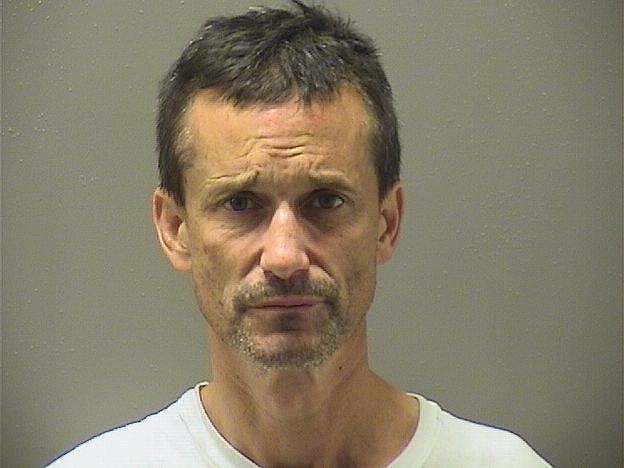 A Hot Springs man was arrested Sunday after allegedly abducting a local woman from her home, assaulting her and holding her hostage at his residence.

Shane Michael Bradley, 48, of 193 Indian Mountain Road, off Sleepy Valley Road, was taken into custody at his residence shortly after 2:30 p.m. and charged with a felony count of first-degree false imprisonment, punishable by up to 10 years in prison.

Bradley was being held on a $3,500 bond and was set to appear Monday in Garland County District Court.

According to the probable cause affidavit, Garland County sheriff's Deputy Candice Presley was dispatched to a disturbance in progress at the Indian Mountain Road residence after a man called 911 to report his wife was being held at that location against her will by a known suspect identified as Bradley.

When deputies arrived, the victim's husband was waiting in his truck at the intersection of Indian Mountain and Squaw Valley roads. He told Presley that just before her arrival Bradley had called him from his wife's phone and told him "he was not letting her go."

U.S. Park Service Ranger Christian Del Pozzo and Presley secured the outside of the residence at Indian Mountain while Deputy Shane Tatum went to the front door to try to make contact with Bradley or the victim.

Bradley reportedly came to the front door a short time later with the victim. As Presley walked around to the front of the house, she could see the victim on the front porch. Del Pozzo instructed the victim to walk down from the porch and as she did so Presley noted "she was in distress."

While Presley was speaking to the victim, she was in tears and stated Bradley had come to her home on Sleepy Valley Road and "grabbed her" while she was putting her 3-year-old son to bed. She said Bradley then took her against her will to his home on Indian Mountain and would not let her leave.

She said she was able to use her phone at one point to call her husband and tell him what was happening. She told Presley she thought Bradley was going to kill her.

While talking to the deputy, the victim stood up and fell to the ground. Presley asked her if she was OK and she said she was not so LifeNet were notified and responded to the scene. Presley noted there was a small amount of blood on the right side of the victim's shirt and she alleges Bradley had hit her in the back of the head with a tool.

Presley noted the victim had a small cut on the back of her head behind her right ear. The victim then pulled her shirt up and stated Bradley had put a knife to her chest. Presley noted there was "a small indentation on her chest between her breasts" with a small superficial cut beside the indentation.

The victim was transported by LifeNet to National Park Medical Center for treatment of her injuries and to be checked out. Bradley was taken into custody without further incident and brought to the sheriff's office for questioning.

Bradley was later charged with the false imprisonment count and taken to the detention center. The affidavit did not indicate the relationship between Bradley and the victim or the victim's husband.

According to local court records, Bradley was arrested on June 7, 2019, for public intoxication. The charge was withdrawn by prosecutors on Jan. 6, 2020, because Bradley was in federal custody in the federal prison in Forrest City and would be until Nov. 26, 2020. Details of the federal charges were not listed in the records.