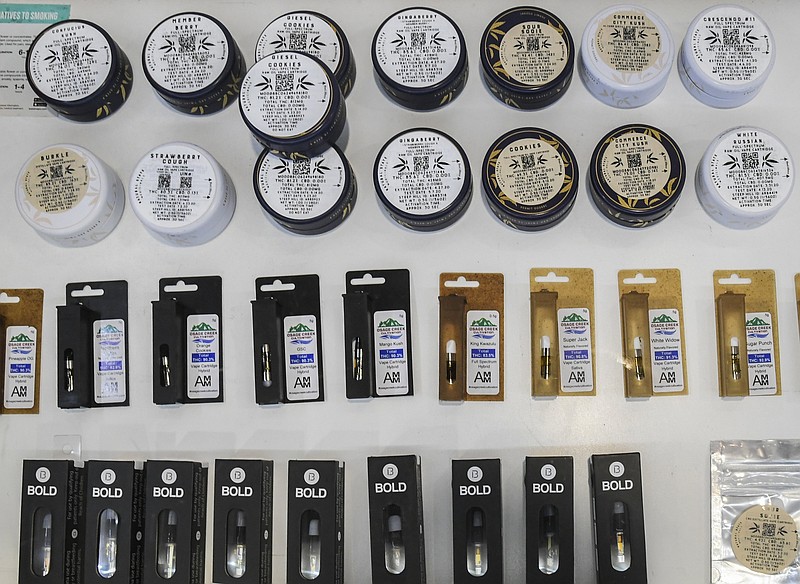 Almost 50,000 pounds of medical marijuana have been sold in Arkansas since the state's first legal sale of the federally illicit drug in May 2019, the state revenue agency said Tuesday.

"Since the first dispensary opened in mid-2019, Arkansans have spent $330.4 million to obtain 48,914 pounds of medical marijuana," the Department of Finance and Administration said in the sales report it released Tuesday. "We anticipate sales will surpass 50,000 pounds within the next week."

The Arkansas Department of Health said there were 77,029 active patient cards as of Saturday. Those patients spent $27 million at the 33 dispensaries that were operating during the 32-day reporting that ended Thursday.

Green Springs Medical, the only licensed dispensary in the city of Hot Springs, ranked ninth, reporting 172.36 pounds sold during the 32-day period. It ranked eighth during the 21-day period that ended May 2. The Seneca Street location ranked no higher than 10th during the six previous reporting periods.

The ReLeaf Center in Bentonville led all dispensaries during the 32-day period that ended Thursday, setting the pace in 11 out of the last 12 reporting periods. It reported 385.94 pounds sold, making it the first dispensary to surpass 5,000 pounds in sales.

The Medical Marijuana Commission has awarded 38 of the 40 dispensary licenses authorized by the constitutional amendment voters approved in 2016. Thirty-three dispensaries are in operation, and five more are in the process of opening, DFA said. Pine Bluff Agriceuticals has been approved to open by Alcoholic Beverage Control, the agency that enforces rules promulgated by the Medical Marijuana Commission. DFA said the Jefferson County location will open later this month.