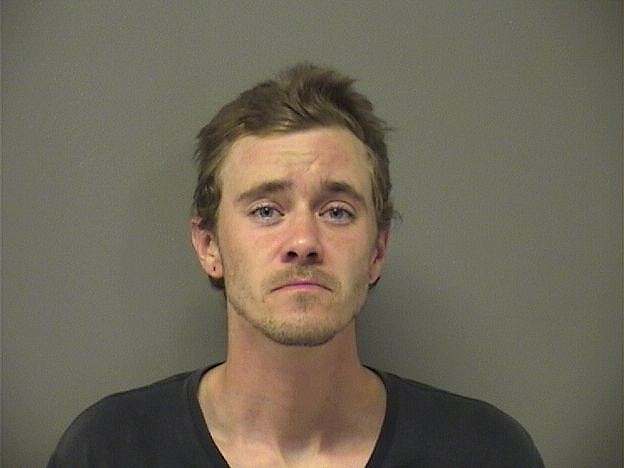 A local man was arrested Monday night on a felony battery charge after allegedly slapping a friend's child, who reportedly began crying because the man wouldn't let the child play along with him on video games.

Justin Richard Liley, 30, who lives at the Red Roof Inn, 1871 E. Grand Ave., was taken into custody at the motel around 8:30 p.m. and charged with second-degree battery, punishable by up to six years in prison. He remained in custody Tuesday in lieu of a $2,500 bond and is set to appear today in Garland County District Court.

Liley, a Level 2 sex offender previously convicted of criminal sexual abuse involving a victim under 17, was previously arrested on July 19, 2019, for failure to register as a sex offender but the charge was later withdrawn. His mother was granted an order of protection against Liley on Dec. 15, 2020, after filing a petition with district court alleging he was physically and verbally abusive to her and she feared for her safety.

According to the probable cause affidavit on Monday's arrest, Hot Springs police Officer Mikki Yamauchi responded to the motel and made contact with Liley in the parking lot and she and other officers walked with him back to his motel room where they made contact with the alleged victim's mother.

The mother said she and her boyfriend had gone to the store for about 30 minutes and when they returned to their room at 7:30 p.m., her son came running out of the room crying. She said he told her Liley "got mad at him and hit him in the face."

She said she confronted Liley and he put his hands up and said, "He disrespected me, so I hit him." Officers spoke to the child, who stated Liley was playing video games and he wanted to play, too. When Liley told him no, he began to cry and then Liley slapped him across the face.

The mother's boyfriend noted Liley had been drinking and playing video games since about 11 a.m. that day.

Officers noted the child's cheek was red and warm to the touch and they could observe "lines from finger imprints" where the child was allegedly struck.

Liley was taken into custody at that time. The child's age was not listed, but to be classified as a felony, the victim would have to be under the age of 12.