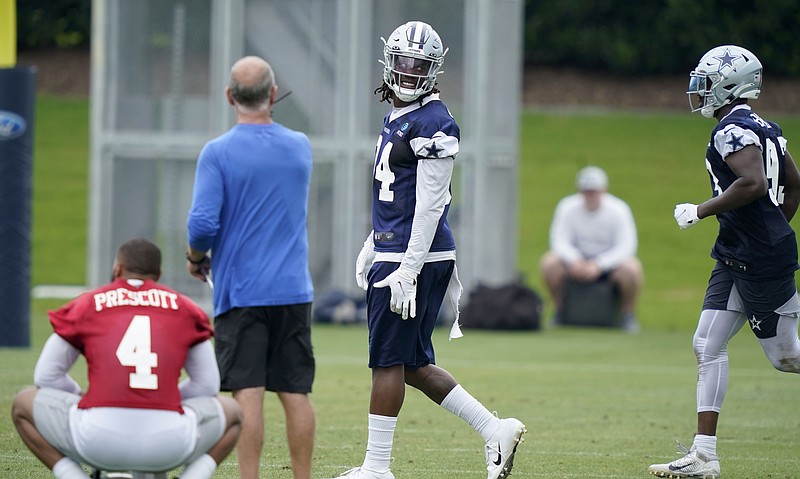 Dallas Cowboys defensive end Randy Gregory (94) walks the field during a team practice Wednesday in Frisco, Texas. Gregory isn't ashamed of a suspension-filled past that nearly derailed his NFL career, just maybe a little tired of it being the focus of his story. Photo by LM Otero via The Associated Press

FRISCO, Texas -- Randy Gregory wanted to make sure he didn't spend too much time away from the Dallas Cowboys' facility this offseason.

It's been six years since that was even an option for the oft-suspended defensive end.

The 28-year-old Gregory is part of the club in the spring for the first time since he was drafted in 2015. The NFL's substance-abuse bans have kept him away, and dropped football way down his list of priorities during the times he was on his own.

The former Nebraska standout believes he can help a much-maligned defense in 2021, but that confidence only partly comes from how he played after his fourth suspension ended last season. Another part is more difficult to measure.

"It's a lot of self-love," Gregory said this week during the Cowboys' mandatory three-day minicamp. "There was a time in my life when you could ask me to say one good thing about myself and I couldn't. I could say 20 bad things.

Gregory tested positive for marijuana at the combine before he was drafted and his first suspension came soon after his rookie season. He played just two games total over two seasons in 2016-17 before career highs of six sacks and 14 games in 2018.

Another ban cost him all of 2019, and he was reinstated just before the start of last season while having to sit the first six games. He's never gone two full seasons without being suspended, but has that chance this year.

Maybe then Gregory will be closer to his wish.

"I want to get away from that past," Gregory said. "I feel like there's a certain narrative you guys have to follow or choose to follow as far as my journey. That's what people want to read about and hear about.

"I've done a great job the last few years with the team on and off the field and I'm looking forward to the future, if that's three years, five years, whatever it is. I'm having fun. I'm doing what I need to do."

Gregory had 3½ sacks in 10 games last year and said he was vocal with coaches about wanting more playing time while they were easing him back in on a defense that gave up the most points in franchise history.

Defensive coordinator Mike Nolan and defensive line coach Jim Tomsula, hired by Mike McCarthy after he replaced Jason Garrett as coach last year, were fired after just one season. They were replaced by Dan Quinn and Aden Durde.

"He'd better want to play more because I plan on playing him more," McCarthy said. "I think the most important thing for him is he's been here every day. I didn't know Randy this time last year. He's doing great, looks great and we're expecting big things from him."

The Cowboys knew they were taking a risk when drafting Gregory in the second round, but they have stuck with him through the suspensions in part because the front office knew Gregory would be a bargain because of how the bans affected his contracts. The $1.9 million he's due to make in 2021 is by far the most of his career, and then he will be an unrestricted free agent.

"Where I came from, I am not thinking about a damn contract right before the season starts," Gregory said. "I still got a lot to do."

Playing a full season would be one of those things. Injuries interrupted the two other chances he had, as a rookie in 2015 and again three years later.

Taking on a bigger leadership role would be another, since DeMarcus Lawrence is the only defensive lineman who has been with Dallas longer than the 28-year-old Gregory.

"I think that's one of the biggest things for me that I've always struggled with is my leadership skills on and off the field," Gregory said. "I feel like guys are looking at me for input and advice or looking at me to make a play and show people how it's done."

Being a team leader was far from Gregory's mind each of the past five offseasons. That it's even a possibility says plenty, as Gregory realized in a recent conversation with his father.

"Yeah I think that's a good thing. It's a win, I would agree. I think I understand why it's being asked. It takes time to build trust and that's what I'm going to do."

Finishing a normal offseason will help build the trust. 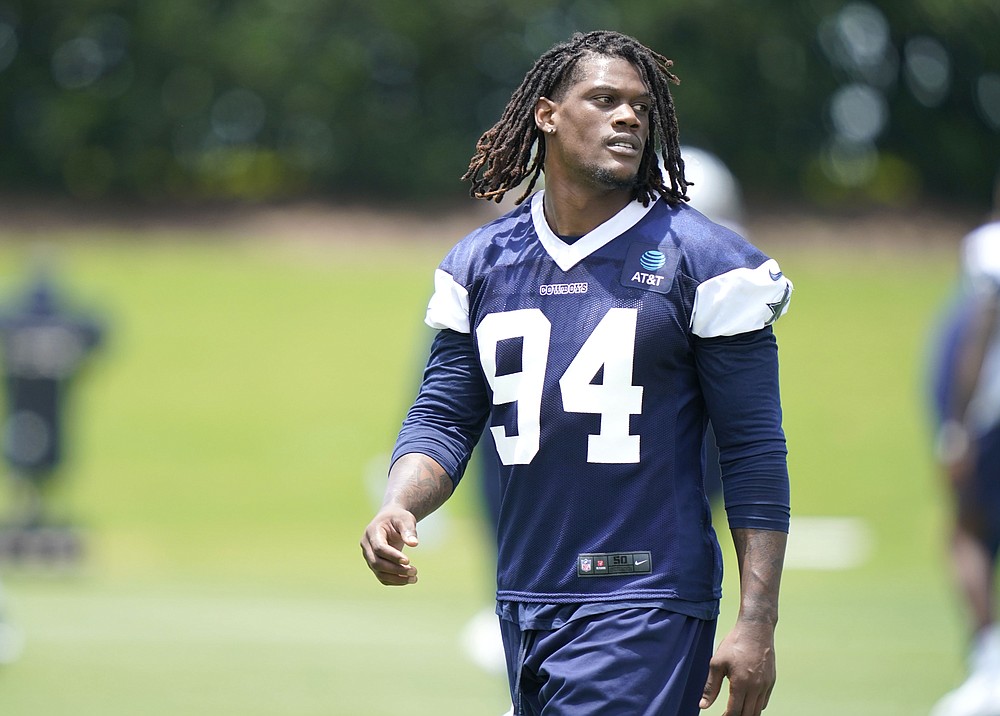 In this photo made Tuesday, June 8, 2021, Dallas Cowboys defensive end Randy Gregory (94) walks the field during an NFL football team practice, in Frisco, Texas. Gregory isn't ashamed of a suspension-filled past that nearly derailed his NFL career, just maybe a little tired of it being the focus of his story. (AP Photo/LM Otero) 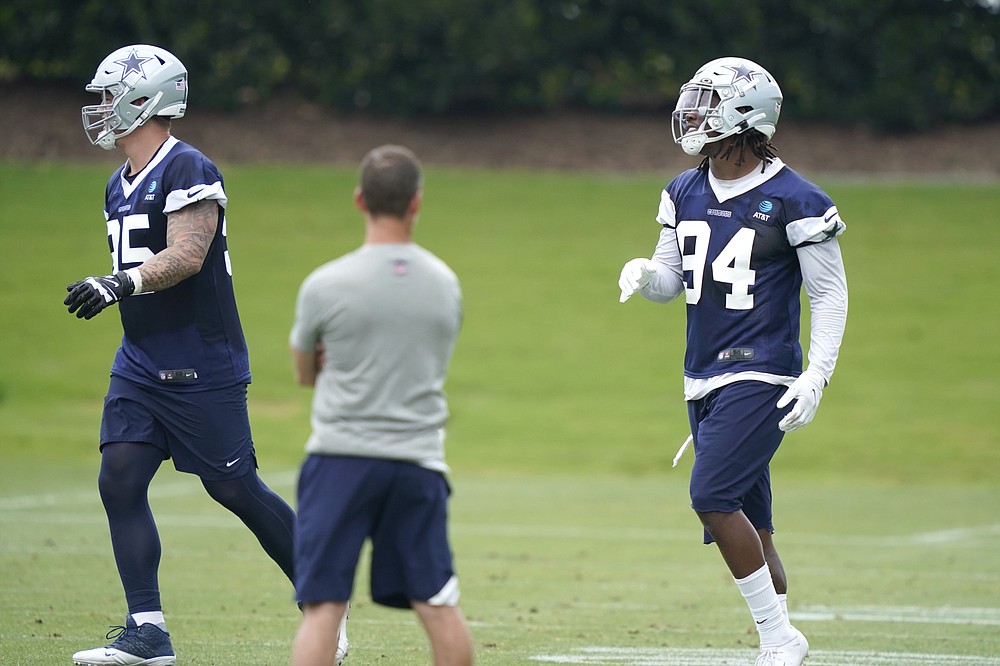 Dallas Cowboys defensive end Randy Gregory (94) runs drills with teammate Brent Urban (85) during an NFL football team practice Wednesday, June 9, 2021, in Frisco, Texas. Gregory isn't ashamed of a suspension-filled past that nearly derailed his NFL career, just maybe a little tired of it being the focus of his story. (AP Photo/LM Otero)
ADVERTISEMENT