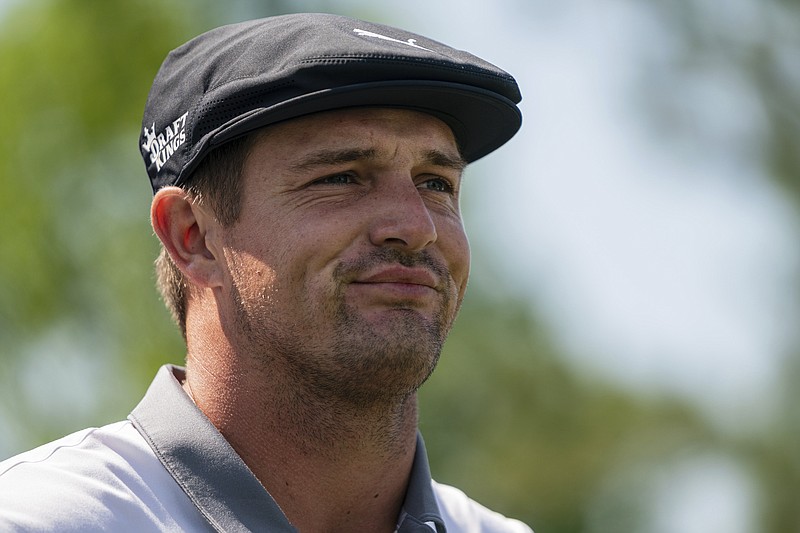 Bryson DeChambeau looks down the 15th hole during the third round of the Wells Fargo Championship at Quail Hollow in Charlotte, N.C., in this May 8 file photo. Brooks Koepka is back on tour, playing the inaugural Palmetto Championship for his first tournament since the PGA Championship and since his apparent fued with Bryson DeChambeau moved to a new level. Photo by Jacob Kupferman via The Associated Press

Koepka is at the inaugural Palmetto Championship this week, his first event since a video interview outtake at the PGA Championship last month showed the four-time major champ rolling his eyes as DeChambeau walked behind him.

The clip was not supposed to be shown, yet it was posted on social media and picked up more than 10 million views before it was removed.

To Koepka, the video put the attention squarely on golf for a social media-savvy generation essential for the game's growth.

"I get the traditionalists who don't agree with it. I understand that, but I think to grow the game you've got to reach out to the younger generation," he said Wednesday. "I don't want to say that's what this is, but it's reaching out to a whole bunch of people. It's getting golf in front of people. I think it's good for the game."

And it didn't end at the PGA Championship.

After DeChambeau heard heckles of "Brooksie" at the Memorial last week and a few fans were removed from the Muirfield Village site, Koepka put up a promo video offering free beer from his sponsor to those ejected.

DeChambeau this week, like Koepka, thought a "good, jesting rivalry is good for the game of golf."

Koepka, ranked eighth in the world, explained that he felt DeChambeau was being loud as he walked past the interview site at the Ocean Course last month.

DeChambeau, who is not playing this week, didn't talk directly to Koepka as he strode past. "He was saying something about how he hit a perfect shot and it shouldn't have been there," Koepka recalled. "It was just very, very loud."

"I just lost train of thought," he continued, "which I think was pretty obvious."

When asked if tour officials have talked to him about the feud, Koepka said he regularly speaks with the PGA Tour about everything happening in golf.

Expect things to heat up once more when defending U.S. Open champ DeChambeau and Koepka, who won that major in 2017 and 2018, play in this year's event next week at Torrey Pines.

Things to watch for at the PGA Tour's first Palmetto Championship:

The PGA Tour has seen a lot of South Carolina in the past three months. Usually, it makes one stop a year in the Palmetto State at the RBC Heritage on Hilton Head Island that's traditionally played the week after the Masters.

This year, the pros followed that up at the Ocean Course on Kiawah Island outside of Charleston for the PGA Championship last month.

Now, the tour is back again for the inaugural Palmetto Championship at the Congaree Golf Club.

World No. 1 and South Carolina native Dustin Johnson headlines the field and is happy for another stop in his home state.

Johnson hopes for a better outcome here than he's had the other two times he's teed it up in the Palmetto State. He tied for 13th at the RBC Heritage in April and missed the cut at the PGA Championship three weeks ago.

This week was supposed to be the RBC Canadian Open outside of Toronto. Instead, continuing COVID-19 concerns led officials to call off the tournament for a second straight season.

That means Rory McIlroy, who won the event in 2019, will be a three-year reigning champion when the tournament takes place in June 2022.

The Palmetto Championship is the first event as a married man for England's Tyrrell Hatton, although not everything on his wedding day went as planned. The couple was a half hour late to their ceremony when their driver didn't arrive on time.

After the wedding vows, the two wanted some scenic photos along the Blue Ridge Parkway until a big rainstorm forced them do it, wedding gown, tux and all, along a turnoff on the roadway.

"It wasn't ideal," said Hatton, ranked 11th in the world.

Hatton is hoping for his second career win on the PGA Tour.

No surprise that Brooks Koepka and Dustin Johnson, with a combined six major titles between them, are the favorites at the first Palmetto Championship.

Koepka is on top at 8-to-1 odds with Johnson right behind at 8.5-to-1, according to FanDuel Sportsbook. 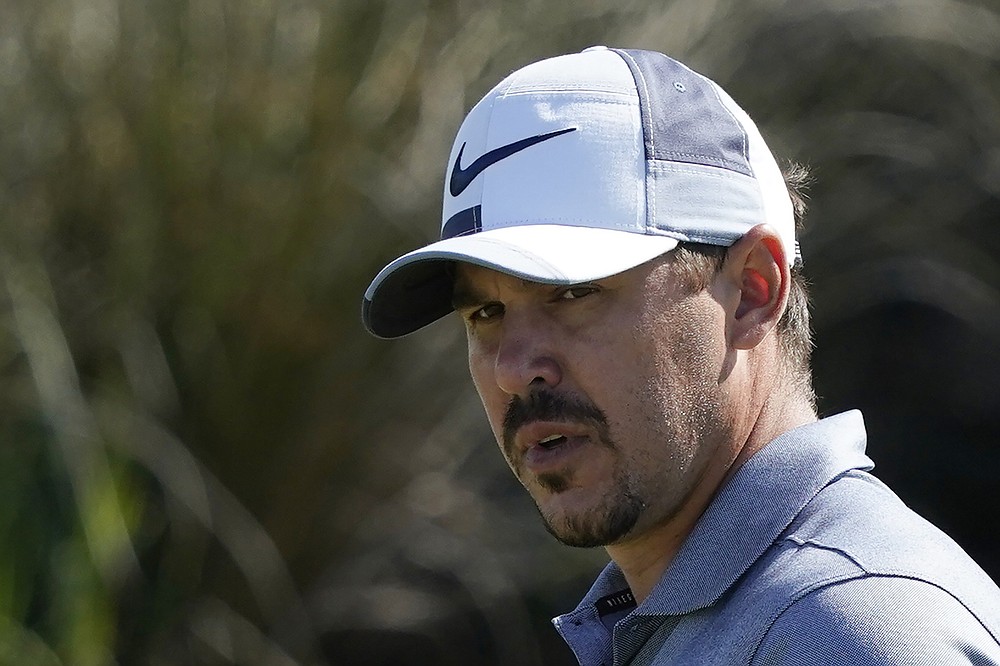 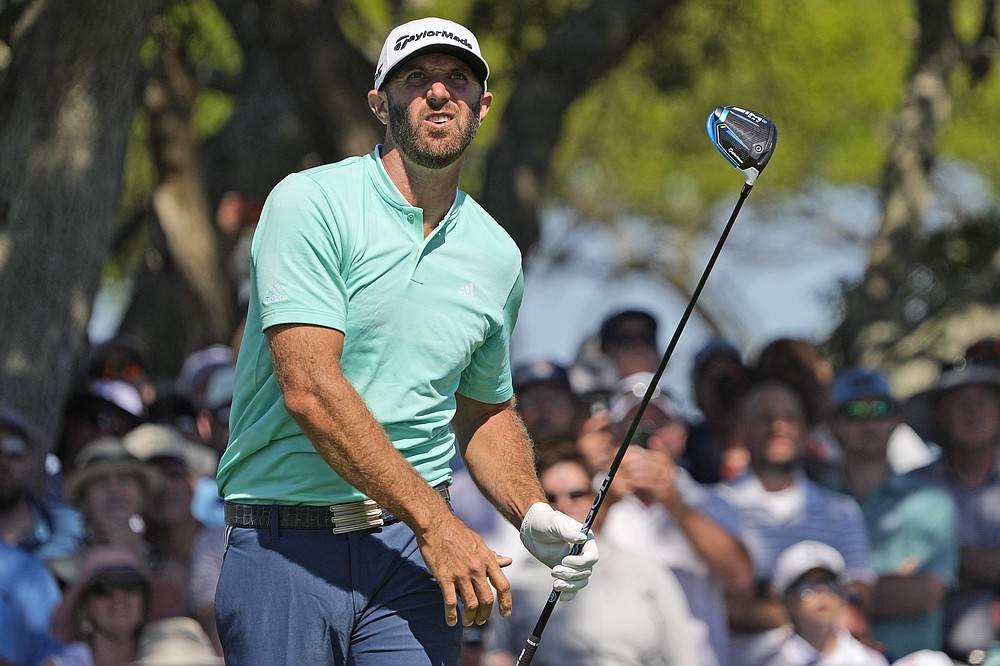 Dustin Johnson watches his tee shot on the seventh tee during the first round of the PGA Championship golf tournament on the Ocean Course Thursday, May 20, 2021, in Kiawah Island, S.C. (AP Photo/David J. Phillip)
ADVERTISEMENT