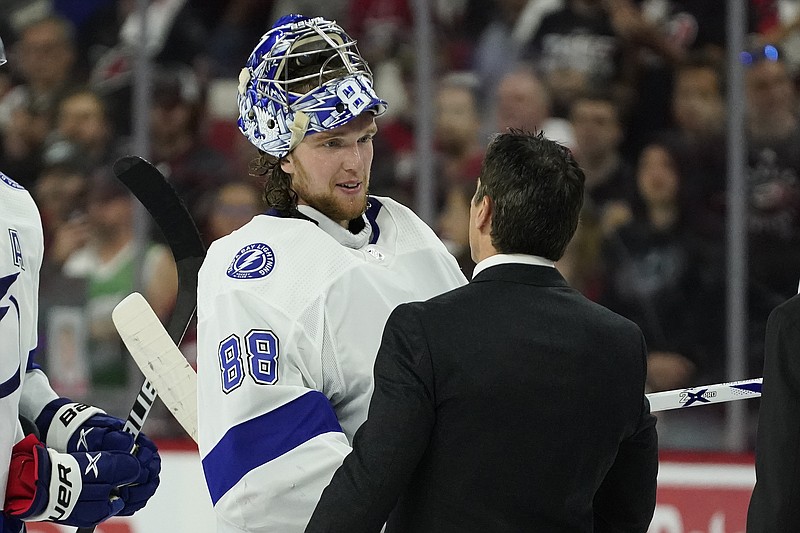 RALEIGH, N.C. -- Andrei Vasilevskiy closed another postseason series by turning away every shot. And he's getting even stingier in net as reigning Stanley Cup champion Tampa Bay advances in the playoffs.

The 26-year-old goaltender had his third straight shutout Tuesday night in a series-ending 2-0 victory over the Carolina Hurricanes, capping a five-game performance that had him frustrating the Central Division champions nearly the entire way.

Outside of one wild second period in Game 4, Vasilevskiy rarely made mistakes or gave up anything easy to help the Lightning set up rematch against the New York Islanders.

"It takes everybody to win a playoff game," Vasilevskiy said. "It can't just be one, two guys. Other guys, they have to give the best effort every night. Even the last game, I gave up four, we scored six. This game, we just scored two and we gave up nothing. So it's great teamwork."

Maybe so, but it sure starts with Vasilevskiy's steady play in the crease.

He stopped 68 of 70 shots through the first two games of the series, helping Tampa Bay win both on the road just as the Lightning did to start the first-round series against Florida. By the time he had a 29-save shutout Tuesday, Vasilevskiy had surrendered just two goals in 99 shots through three road games -- all wins -- during the series.

That left the Hurricanes struggling to create a break or a lucky bounce past Vasilevskiy from the start of the series all the way through to Tuesday's finale.

"He made some big saves, timely saves," Carolina captain Jordan Staal said. "Good goaltenders do that. And he did a good job of not letting us get some momentum and get the crowd into it."

His biggest save came with when he knocked down a 2-on-1 short-handed chance by Carolina's Vincent Trocheck.

"Sometimes mistakes are going to happen, that was one of them," Vasilevskiy said. "I just tried to play regular 2-on-1, tried to get across as fast as possible. The guy made a good shot. And I don't know, I just tried to react to it. It was kind of an awkward knuckleball. I think I touched it with my glove or pad. I don't even remember."

The former winner of the Vezina Trophy presented to the NHL's top goaltender is a finalist for the award again. And he's gone from surrendering 16 goals in the first five games against the Panthers to allowing nine goals in the six games since.

When Tuesday's game was over, Carolina coach Rod Brind'Amour -- a Cup winner as the Hurricanes' captain in 2006 -- paused in the post-series handshake line to speak with Vasilevskiy in a show of respect.

"I've seen a lot of goalies that are good, but he's as good as anyone that I've ever seen," Brind'Amour said. "And I go back to Dominik Hasek, and how he affects the team, the way they can play. That's kind of what I just told him. and it's true. He makes them look easy."

New York beat Boston 6-2 at home Wednesday night to finish of the Bruins in six games. 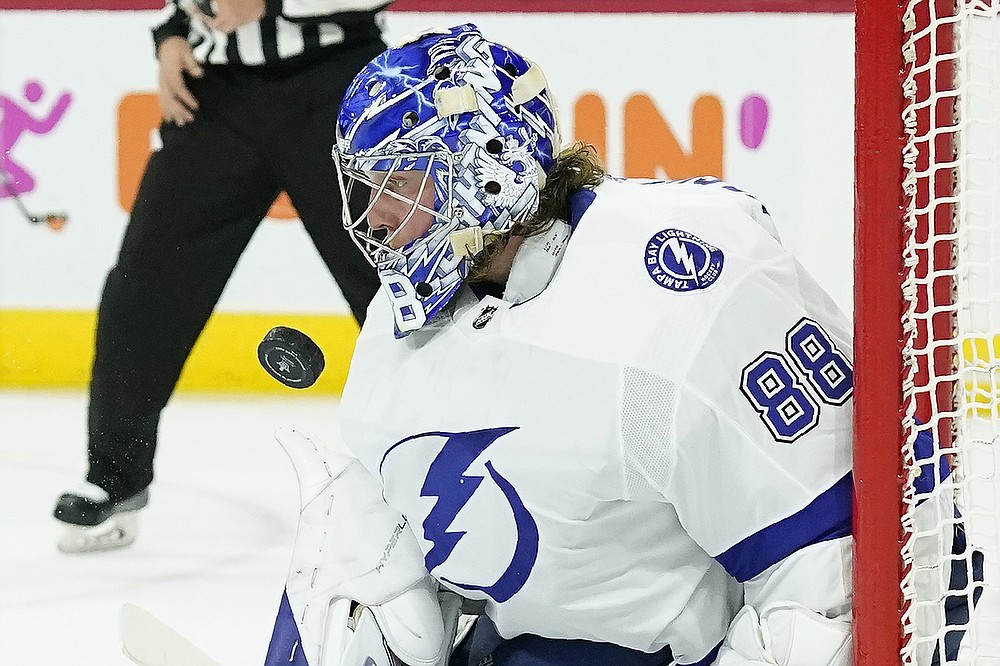 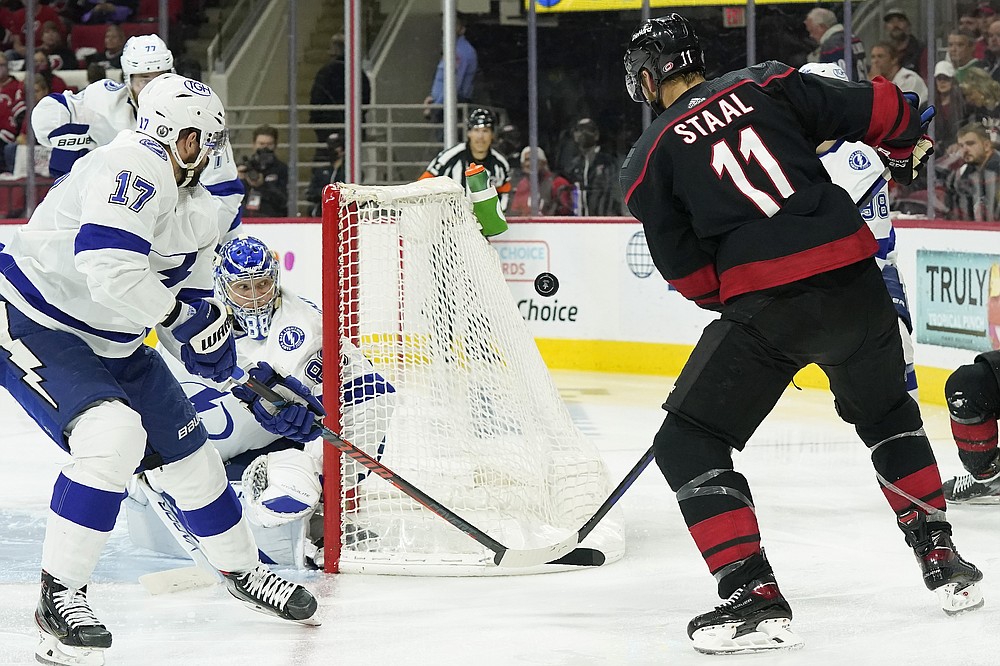