Armed felon who fled on motorcycle sentenced to prison 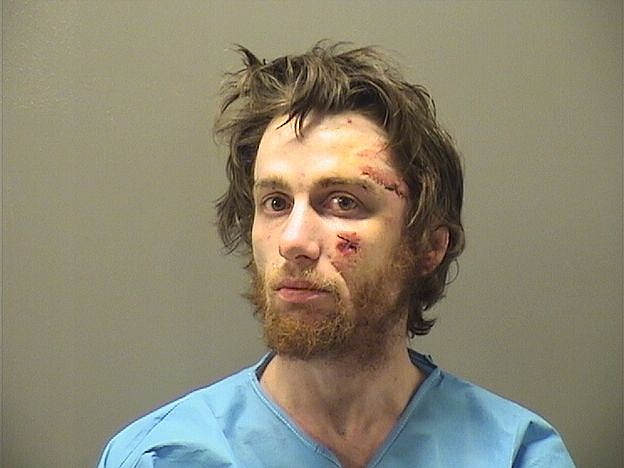 An armed felon with drugs in his possession who was arrested early last year after fleeing from Garland County sheriff's deputies on a motorcycle and wrecking was sentenced to 12 years in prison Tuesday.

According to the probable cause affidavit, on Jan. 13, 2020, shortly after 1 p.m., sheriff's Cpl. Felix Hunter attempted to check on a man, later identified as Hughes, who had pulled over on the side of the road in the 4500 block of Albert Pike on a black 1999 Honda Shadow motorcycle.

As Hunter pulled up behind the motorcycle, Hughes looked back and saw him and sped away eastbound. Sgt. Bill House was on the side of the road in the 4300 block of Albert Pike and saw Hughes go by, passing several vehicles on a double yellow line near Jetson Loop, so he pursued him toward town.

House noted Hughes passed several more vehicles including an eighteen-wheeler on hills and curves and then turned onto West Pine Road. He wrecked going around the curve at West Pine and Hunter Drive and crashed into a mailbox.

Hughes fled on foot behind the residence there and jumped a fence into the backyard, but then as he ran back around to the front House was able to take him into custody.

While Hughes was being patted down, he admitted he had some marijuana in his bag and deputies found two bags with 26.7 grams of marijuana, 58 Xanax pills, four hydrocodone pills, numerous baggies and digital scales.

A loaded Beretta .380-caliber handgun was found in the backyard of the residence where Hughes had fled. The homeowner told deputies the gun did not belong to him or anyone else there.

In searching Hughes further, deputies found he had four .380-caliber rounds and a fully loaded .380-caliber magazine in his possession. A computer check showed Hughes was convicted on May 10, 2007, in Garland County of felony counts of breaking or entering and possession of a defaced firearm and therefore barred from owning or possessing a gun.

Hughes was arrested on multiple felony charges and was released on a $65,000 bond on Feb. 11. He failed to appear for his arraignment on June 3, 2020, and a warrant was issued for his arrest. He was arrested again on April 16 and had remained in custody since then.