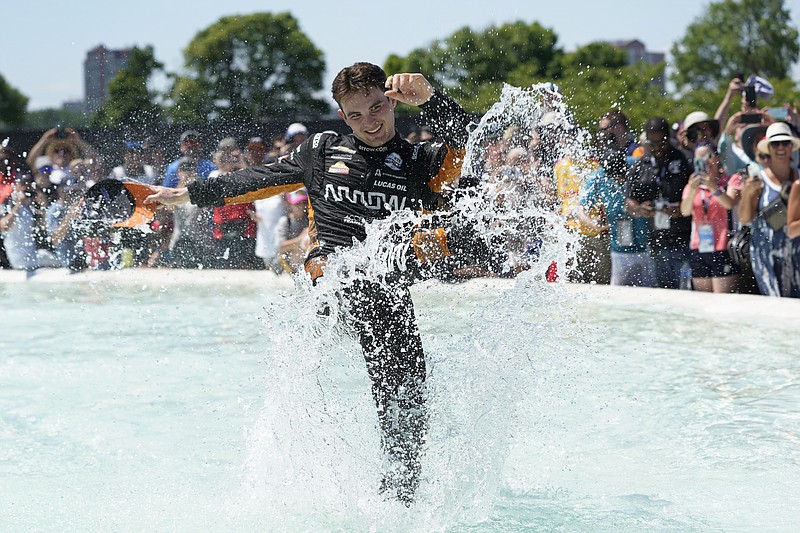 Pato O'Ward celebrates by jumping into James Scott Memorial Fountain Sunday after winning the second race of the IndyCar Detroit Grand Prix doubleheader on Belle Isle in Detroit. - Photo by Paul Sancya of The Associated Press

Pato O'Ward was fifth when a late caution in Detroit gave him an unexpected chance to become IndyCar's first two-time winner this season and grab the championship lead.

He had eight laps to get the job done, and on the restart O'Ward launched past two rivals in the first two turns. Then he moved into second and went wheel-to-wheel with Josef Newgarden to steal the victory from the two-time IndyCar champion.

Asked after for his secret to the race-winning restart Sunday at the Raceway at Belle Isle Park, O'Ward had a simple answer.

That's the same bravado you'd see from Juan Pablo Montoya, who launched his career in the United States in 1999 and has tallied two Indianapolis 500 victories, the CART championship, seven wins in Formula One, two NASCAR Cup wins and three Rolex watches from the 24-hour sports car race at Daytona.

If there's something familiar about O'Ward, with his verbal tics, expressive communication and overt confidence, it might just be that he is the second coming of the mighty Montoya. And he might just be following JPM's career trajectory, too.

The 22-year-old from Mexico has always wanted to race in Formula One and his first career IndyCar victory earlier this season with Arrow McLaren SP earned him a promised end-of-year test in McLaren's F1 car. Now O'Ward has two victories and the championship lead headed into Sunday's race at Road America in Wisconsin.

McLaren Racing CEO Zak Brown made it clear at Indianapolis last month that O'Ward should not get distracted by the looming F1 test and that the driver understands "it's very important for us to win the IndyCar championship." After collecting his second trophy in Detroit -- which was a double podium weekend for O'Ward -- the driver hinted there's another bonus looming.

"I know what a championship will get me," O'Ward said. "Maybe I share whenever I win the championship."

One thing an IndyCar championship would get him is 40 points -- enough to put him over the top and earn the coveted FIA Super Licence that would qualify O'Ward to race in F1.

But O'Ward has toned down his F1 talk of late and seems focused on AMSP, a team that has had a remarkable turnaround in under two years. Since McLaren joined Sam Schmidt's race team in 2020 and O'Ward was added to the lineup, the team is now a legitimate challenger to IndyCar's "Big Three" of Andretti Autosport, Chip Ganassi Racing and Team Penske.

O'Ward has scored two of the team's nine career victories, while Andretti has just one win and Penske is still seeking its first trip to victory lane this season. Three of the four Ganassi drivers have wins, but O'Ward holds a one point lead in the standings over Ganassi driver Alex Palou and is up 36 over six-time champion Scott Dixon.

"We're grinding so hard to try to be the best team in the paddock, and I think when you're working that hard and you're so focused on the goal, it's hard to see how far you've come," said Taylor Kiel, president of AMSP. "We can compete every weekend. When the chips are down and we're P6, we've still got a shot to win.'"

Montoya spent all of May at Indianapolis working alongside O'Ward and Felix Rosenqvist in a third car for AMSP. At the first test. he and O'Ward gravitated to each other and communicated in Spanish.

Montoya deferred when asked about comparisons between him and O'Ward.

"I really like him. He is doing a really good job for sure," Montoya said Tuesday. "Hopefully he can keep it rolling."

Those who know IndyCar's newest star don't believe the month around JPM rubbed off on O'Ward. He was already incorporating 'Yeah, man' into most of his answers and playfully working his way around the paddock.

NASCAR driver Daniel Suarez and O'Ward are both from Monterrey, Mexico, and he said he considered the O'Ward family very good friends. He's known the driver nearly 15 years and not seen any difference in O'Ward's personality from his early racing days to his sudden ascent.

"He's a great kid, he's full of energy, he's very, very talented and he's got a lot of experience for his age," Suarez said. "He has the talent to win the championship, he's hungry and he's been winning races since go-karts. This is who he is."

O'Ward will declare he's the best driver in the IndyCar paddock. He knows his resume doesn't stack up against Dixon or the veterans, but if he doesn't believe in himself, who will?

"Whenever you let people step around or over you, then it becomes a habit," he said. "People know that I'm not here to be fifth or sixth. They know I'm here to win. I'm pretty sure that's the message that we portrayed (in Detroit)."

Now he looks ahead to the second half of the IndyCar schedule and a run toward the championship for AMSP because "they have given me an opportunity that many people would kill for, and I want to be the one that gives them their first championship. 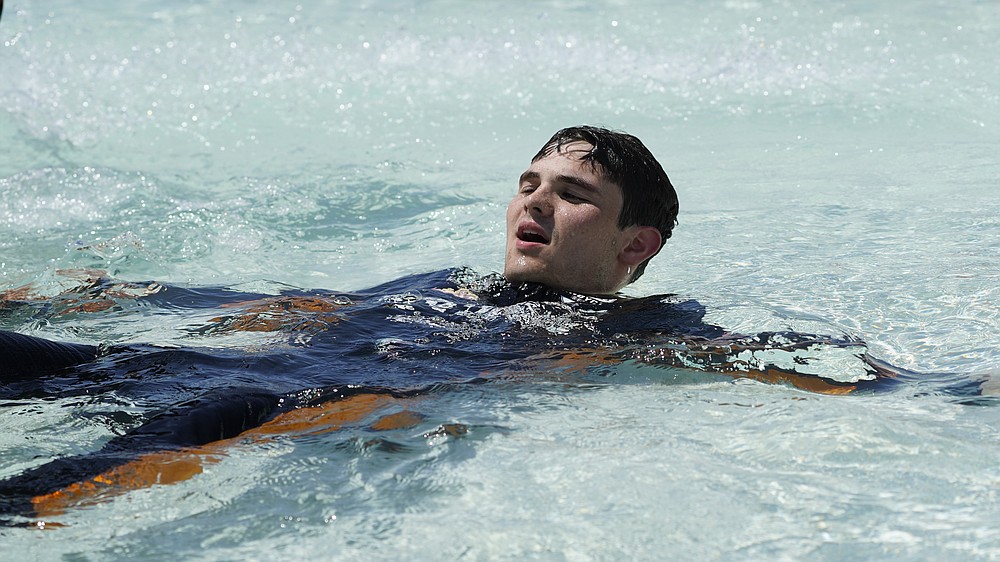 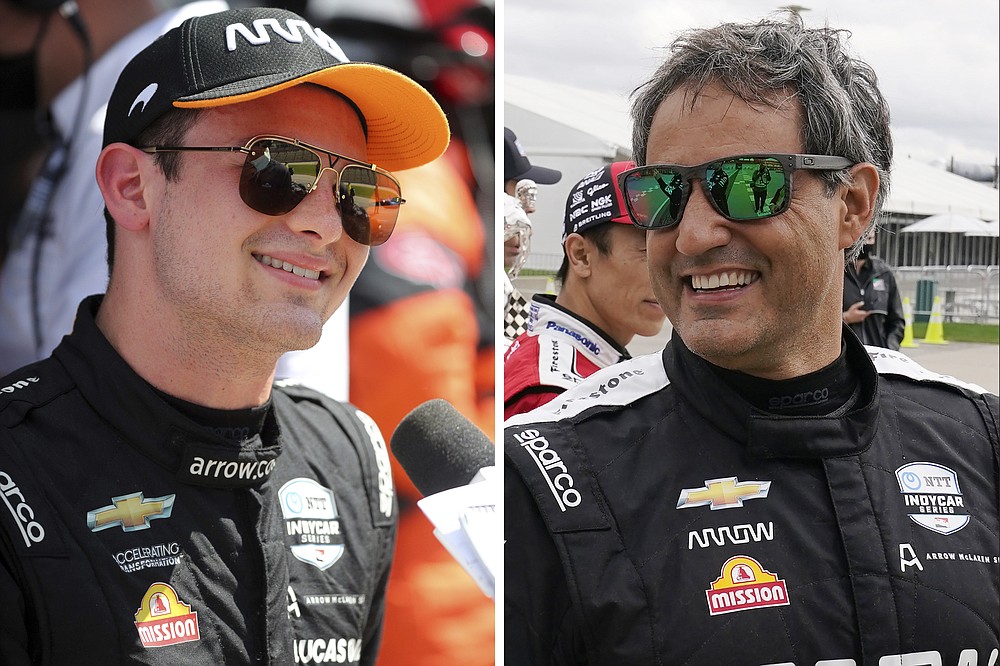 FILE - At left, in a May 2, 2021, filer photo, Pato O'Ward is interviewed on the grid before an IndyCar Series auto race at Texas Motor Speedway in Fort Worth, Texas. At right, in an April 8, 2021, file photo, Juan Pablo Montoya smiles before testing at Indianapolis Motor Speedway in Indianapolis. There's something familiar about Pato O'Ward. He sure seems like the second coming of Juan Pablo Montoya. (AP Photo/File) 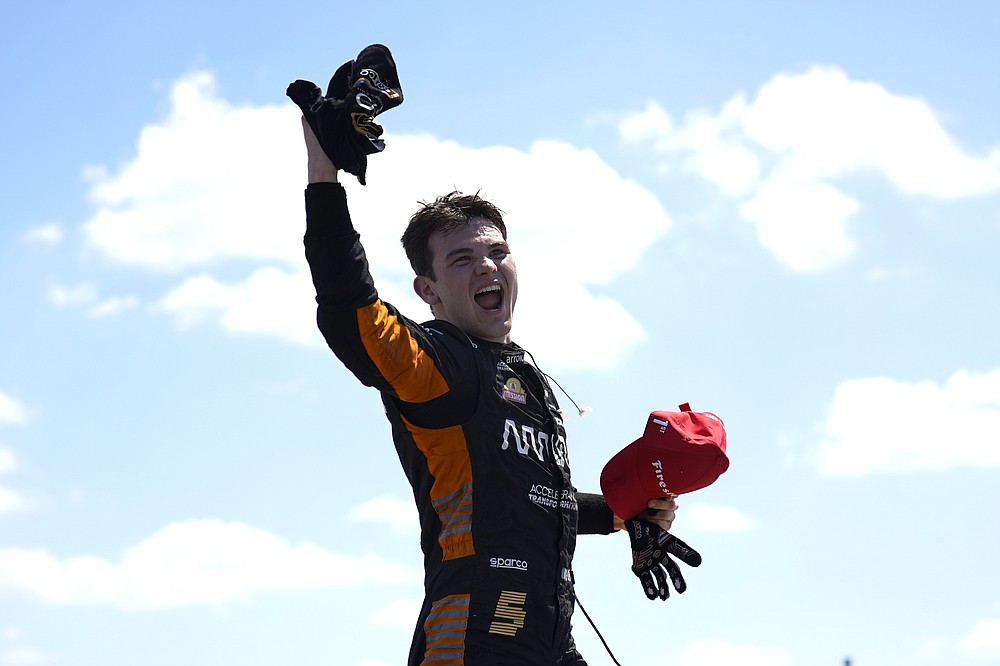