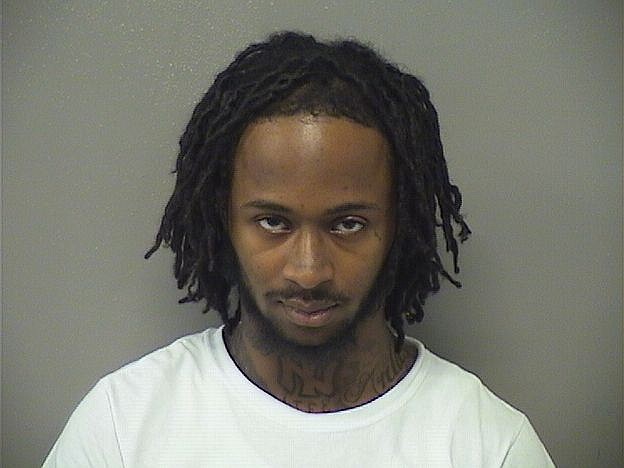 A parolee was charged with first-degree murder Tuesday in the death of Larry Wayne Natt, 70, of Hot Springs, who was found dead May 18 at a residence on Pleasant Valley Street, according to a Hot Springs police news release.

James Anthony Barron, 25, a felon on parole with previous local charges pending, was arrested with the assistance of the Arkansas Community Correction's Special Response Team, the Arkansas State Police and Russellville Police Department and in connection with Natt's death.

Barron was being held on a zero bond at the Garland County Detention Center and is set to appear July 15 in Garland County District Court, although he will likely be arraigned before then.

Natt was found inside a residence at 206 Pleasant Valley St. around 10:40 a.m. on May 18 after officers went there to investigate a report of a possibly deceased person.

Officers were directed inside the residence where they found Natt deceased and detectives with the HSPD's Criminal Investigation Division responded to "further investigate the death," according to an earlier HSPD release.

The body was sent to the Arkansas State Crime Lab for an autopsy to determine the exact cause of death, but police indicated they were investigating it as a homicide shortly after finding the body.

Barron was previously convicted in Ouachita County on Jan. 26, 2018, of felony counts of possession of a controlled substance and possession of a firearm by certain persons and sentenced to 12 years in prison, but later paroled.

On Jan. 13, he was arrested in Hot Springs on multiple felony warrants, including simultaneous possession of drugs and firearms, stemming from allegations he fled on foot from a traffic stop on Sept. 17, 2020, where a stolen gun and drugs were found in the vehicle.