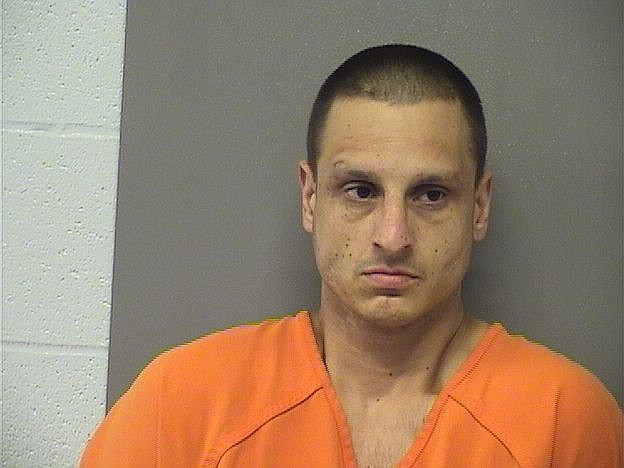 A habitual offender on parole with a theft charge pending was arrested early Tuesday for allegedly stealing a car from a local dealership that was able to track it using GPS.

Craig Alan Bass, 34, who is reportedly homeless, was taken into custody shortly after 9 a.m. and charged with a felony count of theft by receiving over $5,000, punishable by up to 10 years in prison.

Bass, who had a parole absconding warrant, was being held on a zero bond and was set to appear Wednesday in Garland County District Court. He is classified as a habitual offender having been convicted in 2018 of breaking or entering, three counts of theft of property over $1,000 and commercial burglary where he was sentenced to four years in prison.

Bass was arrested on Feb. 18, 2020, on a felony count of theft by receiving and pleaded not guilty on April 14, 2020. He was released on May 18 on a $2,500 bond and was set for a disposition hearing on Tuesday, but failed to appear because of his arrest on the new charge. That hearing has now been reset for July 27.

According to the probable cause affidavit on Tuesday's arrest, shortly after 6:30 a.m., Hot Springs police responded to Mr. Mark's Auto, 1900 Central Ave., where an employee reported the theft of an unlicensed 2012 Hyundai Sonata, valued at $11,000, that was taken from the lot around 1:45 a.m.

Video surveillance showed one of two people walking from Greenwood Avenue get into the Sonata and drive away. The suspect was described as wearing a gray hooded sweatshirt, black shorts, a black hat and shoes and a black backpack.

Around 8:30 a.m., officers were contacted again by the employee who advised the GPS on the vehicle indicated it was on Rockcliff Circle. Officers arrived in the 100 block of Rockcliff and found the car high-centered on a railroad tie. They noted there was an Arkansas license plate on the vehicle, but a check showed the plate had been reported stolen earlier.

In the driveway of a nearby residence, officers encountered two men, one of whom was identified as Bass, and noted Bass was wearing the same clothing seen in the surveillance video, including the backpack. Bass was "unable to keep his hands out of his pockets" so officers patted him down for safety and found a large black knife in his backpack.

The second man stated Bass had come to his house and asked him to pull his car off the railroad tie "as he had backed over it." Officers noted where a "Mr. Mark's Auto" sticker had been scratched off the car's bumper, "badly damaging the paint." The knife Bass was carrying allegedly had paint transfer on the end and appeared to be the tool used to remove the sticker.

A computer check revealed Bass was on parole with a warrant for absconding so he was taken into custody.