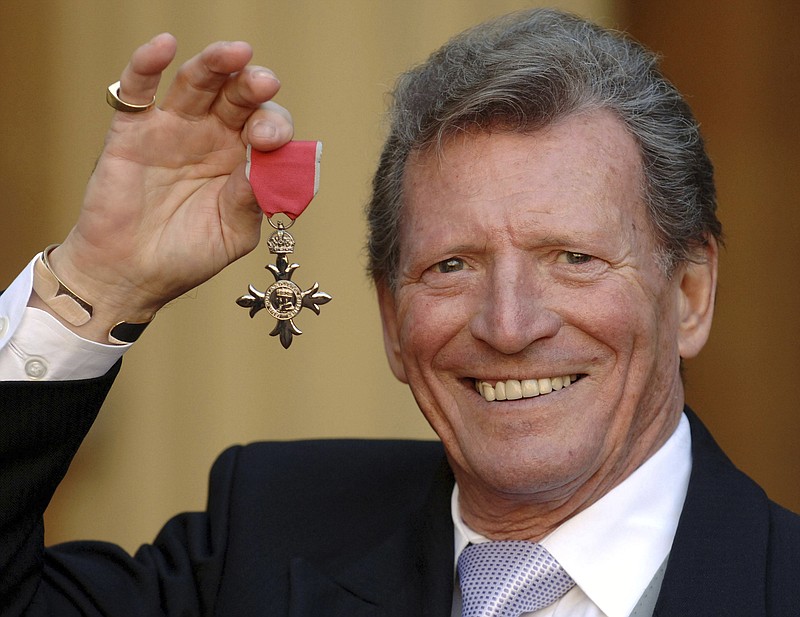 FILE - In this March 7, 2007 file photo, actor Johnny Briggs poses for the media after collecting an MBE from Queen Elizabeth II at Buckingham Palace in London. British actor Johnny Briggs, best known for his role as businessman Mike Baldwin in the long-running TV soap opera â€œCoronation Street,â€ has died. He was 85. A statement from his family released Sunday, Feb. 28, 2021 said Briggs died peacefully after a long illness. (Fiona Hanson/PA via AP, file)

LONDON -- Johnny Briggs, a British actor best known for his role as businessman Mike Baldwin in the long-running TV soap opera "Coronation Street," has died. He was 85.

Briggs was a fixture on "Coronation Street," playing his role for 30 years. Baldwin, a Cockney clothing factory boss, became one of the most memorable characters in the show's fictional town of Weatherfield. John Whiston, managing director of the drama, said Briggs brought a charisma to his role which made it "very hard to look at anyone else" when he was on screen.

"He truly was one of the most iconic characters the Street has ever known. We wish Johnny's family all our condolences," Whiston said in a statement.

Briggs made his debut on the show as Baldwin in 1976, and remained until 2006. In the early 1980s, his character's affair with married Deidre Barlow, played by Anne Kirkbride, gripped the nation and was one of the show's most popular storylines. Around 12 million viewers tuned in when his character died of a heart attack.