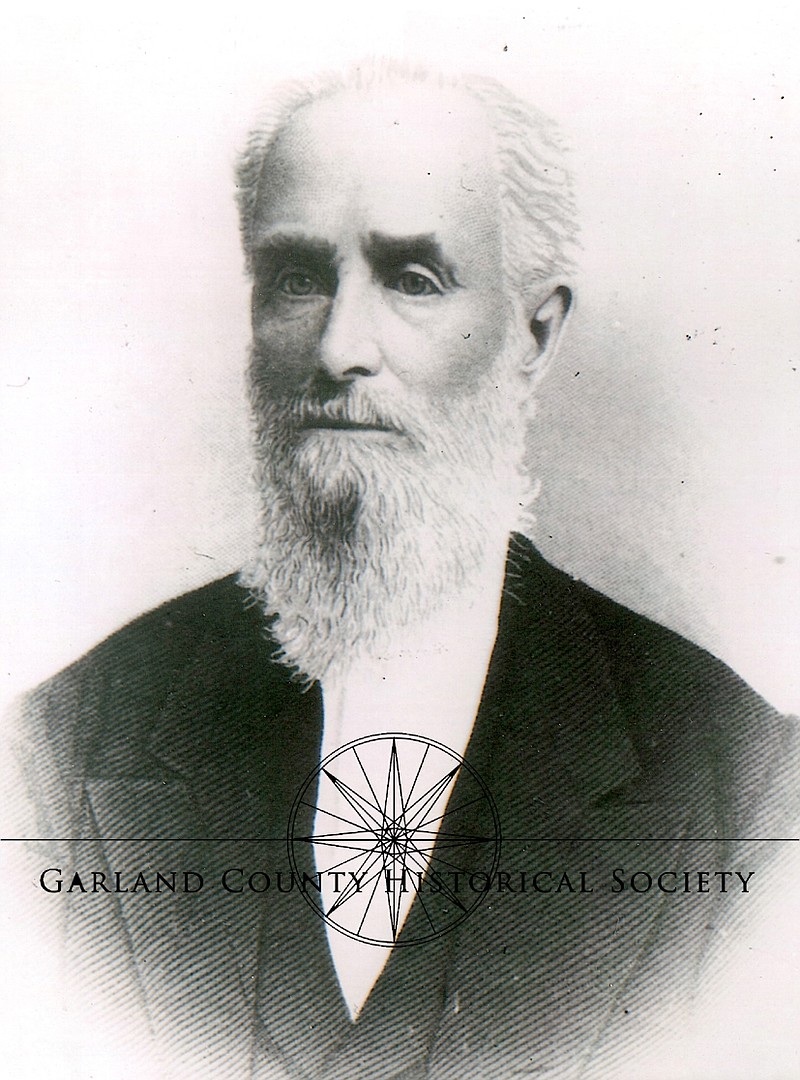 Twenty-one-year-old Massachusetts native Hiram Whittington came to the Arkansas Territory in 1826 to work as a printer for the Arkansas Gazette. In 1832 Hiram moved from Little Rock to Hot Springs, opening a general store in the village, which then had only six permanent residents but was visited by health-seekers and trappers. He described his cabin (in the vicinity of present-day Spencer’s Corner) in a letter to his brother:

I think I am better satisfied with myself and all the world than I have been for years. I live in a little cabin of logs, about 10 feet square, with an adjoining room about 7 by 9. The larger room, drawing room, clerk’s office, post office, bed chamber, etc. My bed table, two trunks, a box, and a small stool comprise my furniture and on a shelf is my library . . . There is a beautiful stream within 5 yards of my door, and all I have to do is step to this purling [murmuring] brook and wash my eyes and the drudgery of my day’s work is done . . . Now and then a mountaineer will trot in, inquire what’s going on in Arkansas, buy a few goods at 100% on a 12 month’s credit, to be paid in bear’s oil and skins, etc. and take his departure. Did you ever hear of anything like it?

Hiram was quite industrious. He established the state’s first lending library, was postmaster and county clerk, served two terms in the Territorial Assembly and one in the Arkansas Legislature, acquired a hotel and other properties, and established the whetstone industry in Arkansas. He married Mary Burnham of Boston in 1836. She died in 1851, the same year Hiram built her a home on the site of the Majestic Hotel’s Lanai Towers. Hiram (one of the few to remain here throughout the conflict) watched all of the town except his home and three other structures burn during the Civil War, and he played a major part in rebuilding the town after the war. In 1877 he donated land for the First Presbyterian Church and for St. Mary’s of the Springs Catholic Church. Someone wrote of him, “There perhaps never lived a saner man . . . a man of strong conviction and high ideals . . . faith in himself, honesty. No citizen of Hot Springs outranks him.”

Historical treasures we owe to Whittington include a 60-year collection of Arkansas Gazette issues, his large library, and his letters to his brother, Granville (who moved to Arkansas in 1834 and established the town of Mount Ida). Written from 1824 to 1834, the letters give a wonderfully descriptive picture of Arkansas and Hot Springs. (These plus additional letters have been published by the Garland County Historical Society in Observations of Arkansas: The 1824-1863 Letters of Hiram Abiff Whittington.)

In 1890 Hiram Whittington died in his home, which overlooked the avenue named for him and much of the town he had helped create. In 1992 the historical society erected a monument to Whittington near his home’s site to honor the man who perhaps should be called the “Founding Father of Hot Springs.”