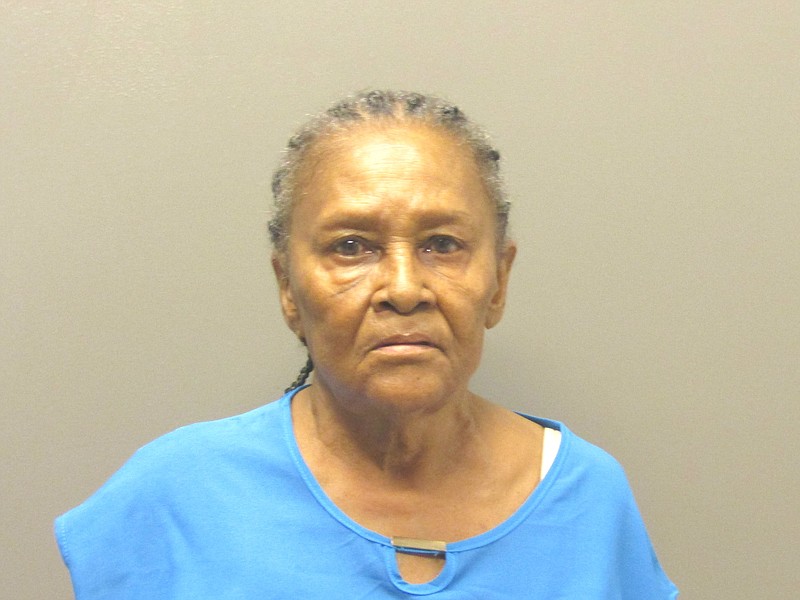 An allegedly intoxicated woman who drove her car into a group of people in the parking lot of her apartment complex in 2019, injuring five, is still not considered fit to proceed with trial after a hearing Monday in Garland County Circuit Court.

Louise Young, 74, who lists no prior criminal history, was initially arrested the day of the incident on May 13, 2019, at the apartment complex at 601 Higdon Ferry, and charged with driving while intoxicated, first offense, careless and prohibited driving, having an expired license and no insurance and was released on a $1,000 bond.

Garland County Prosecuting Attorney Michelle Lawrence told The Sentinel-Record Tuesday Young has been diagnosed with "a cognitive disorder" and noted "some can be treated and some cannot" and "we're still trying to figure out if her condition is one that can be treated."

Lawrence said unless Young can be treated to a point where she is able to understand the proceedings at trial and assist in her own defense, they can't proceed. She noted they also have to consider if she was suffering from the cognitive disorder at the time of the incident, which would determine if she can ever be held criminally responsible or not.

"Usually what happens is they place the person somewhere where they can be cared for and they can't be held criminally responsible while they are still being treated," she said.

Asked if a plea deal could be worked out, possibly for probation, Lawrence said Young can't be allowed to plead guilty if she's not considered mentally fit. "That would be a violation of her constitutional rights," she said. "It's not an option."

Garland County Public Defender Tim Beckham, who is representing Young, told the newspaper Tuesday "we have reset her case in attempts to initiate a civil commitment" and it may be that she is never able to stand trial.

Young had pleaded not guilty to the charges on Sept. 23, 2019, in circuit court and Beckham filed a motion for a mental examination on Feb. 24, 2020, noting he had "good cause" to believe she was not fit to stand trial.

On March 10, Young was evaluated by Dr. Rachel Fazio with Ouachita Behavioral Health and Wellness. On May 18, former circuit Judge John Homer Wright ruled she was not fit to proceed at that time and committed her to the Department of Human Services for further treatment.

According to the probable cause affidavit, on May 13, 2019, shortly before 5:30 p.m., Hot Springs police were dispatched to 601 Higdon Ferry near Building K regarding an injury wreck where a vehicle hit multiple pedestrians.

Officer Tyree Sampson reportedly saw three people on the ground who appeared to be suffering injuries as the result of a collision. It was soon determined there were a total of five people injured and several witnesses identified Young as the driver of a gray 2008 Chrysler Sebring involved in the incident.

Sampson made contact with Young and she allegedly admitted to being the driver. She told him she had pulled under the carport area and "got confused and pressed the gas instead of the brakes." The injured included Ruth Harris, 61, a 1-year-old baby, Willie Early, 64, Carl Young, 61, and Bridget Poland, 43, who were all sitting between the apartments and the carport.

Sampson noted a strong odor of intoxicants on Young's person and asked her if she had anything to drink. Young reportedly said, "I had two to three shots of vodka." She submitted to field sobriety tests and reportedly failed all three. After attempting the second test, Young allegedly told Sampson, "Take me to jail."

A breathalyzer test was later administered and she allegedly registered 0.22% blood alcohol content, almost three times the legal limit. Throughout the booking process, Young allegedly admitted to colliding with Harris and inquired about her condition.

Carl Young was diagnosed with a possible concussion and chest contusions, Poland suffered an injury to her left foot and lower back, and Early sustained a "road rash" injury to his left leg. Harris and the 1-year-old were initially taken to CHI St. Vincent Hot Springs and then airlifted to a hospital in Little Rock in critical and serious condition, respectively.

Lawrence later told the newspaper the 1-year-old had "completely healed" and Carl Young was doing well although he "walks slow." Early, Harris and Poland could not be reached for comment at the time, but Lawrence noted they had all come to the prosecutor's office to drop off copies of their medical bills.