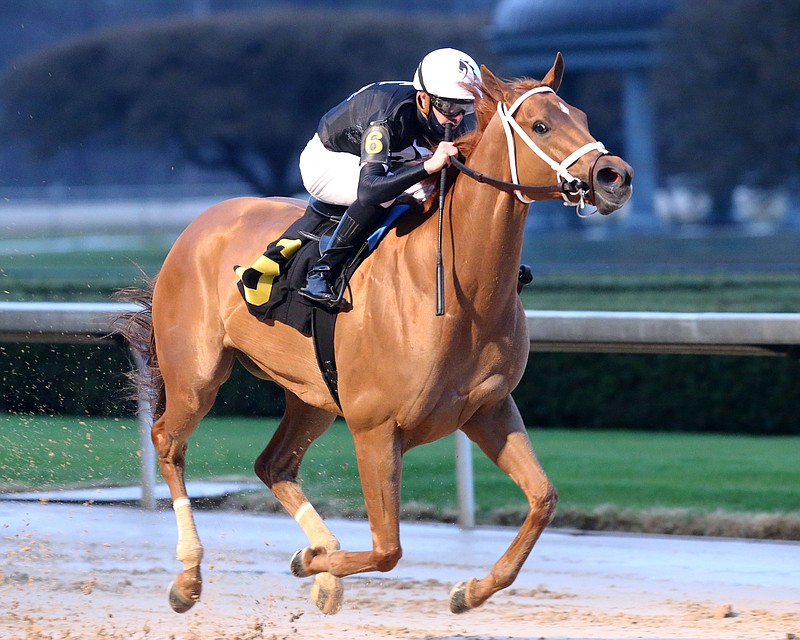 About as often as Donald Trump speaks nicely of a Democrat, Hot Springs gets two honest-to-goodness snowstorms within days.

More than anything else, February 2021 in Arkansas will be remembered for an epic week of winter precipitation. You know it is historic when Jim Cantore, the Weather Channel's advance man for disasters, comes to town. Texas had it worse, one hears, and not just because one of its U.S. senators squeezed in a vacation trip to Cancun during the crisis.

The shortest month of the year also was one that Razorback Nation hoped would not end. March rang in with both basketball teams ranked in the Top 25, both track teams celebrating SEC championships and, get this, Arkansas king of the hill in baseball. In this calendar year, Razorback teams have beaten current No. 1 Connecticut in women's basketball, then-No. 6 Alabama in men's hoops and three games against top-10 Texas baseball teams.

(Pardon me for gloating, but Eric Musselman's bunch is one notch above Kansas in both polls. Kansas is where one-time UA athletic director Jeff Long hangs out. If not for an Allen Fieldhouse upset of No. 2 Baylor, might Bill Self be in line for a dreaded vote of confidence from his boss?

More Musselman: Razorback fans can fidget now over ponying up enough money to keep the head coach around. There hasn't been such interest in Arkansas basketball, home or away, since Nolan Richardson stirred up things. Think that Kentucky, where John Calipari's act is wearing thin, hasn't noticed?)

Closer to home, in a month that it lost eight racing cards and training was curtailed almost two weeks, Oaklawn Racing Casino Resort produced breaking news, not all of it bad.

How rare is is that two reigning Eclipse Award winners race here in February? That was Oaklawn's good fortune over the weekend when Essential Quality won the Southwest and Monomoy Girl the Bayakoa, each with a crash of cymbals. Both have A-list connections, Essential Quality and Razorback Handicap winner Mystic Guide representing mighty Godolphin LLC. Tweaking Humphrey Bogart's line from "Casablanca," the Razorbacks wore red and the Godolphin horses, at least their jockeys, wore blue.

Brad Cox trains both Essential Quality and Monomoy Girl, the latter bringing $9.5 million in the sales ring last November after clinching her second championship and Breeders' Cup victory. Cox, an Eclipse Award winner himself last year, believed in his horses, trusting they would come off the bench fresh, neither having started since the first weekend of November, and that track officials would see they raced safely. Despite monsoon conditions, it came off swimmingly.

The Southwest, once looking at four horses, benefited from two postponements in drawing seven Kentucky Derby hopefuls. Not one multiple Grade 1 winner but two (Essential Quality and Jackie's Warrior). Throw in a Bob Baffert Grade 2 winner (Spielberg) for good measure and the Southwest never looked so good.

Though Essential Quality may go elsewhere for his final Derby prep, Oaklawn looms as a major player in the 3-year-old division nationally. Despite losing a start in the Southwest, trainer Robertino Diodoro can bring Grade 2 winner Keepmeinmind back for the Rebel (same distance, more money) a week from Saturday.

Cox, having won the track's first two Derby preps, has Smarty Jones winner Caddo River pointing to the Rebel. (True confession: I have a soft spot for Caddo River and as a Glenwood native, feel a kinship to the horse. AFter more than 40 years of covering the races, nothing would thrill me quite so much as a fourth Arkansas Derby, and first Kentucky Derby, for Hot Springs owner-breeder John Ed Anthony.)

Though Our Super Freak and Finite, the next two across the wire, are good horses on their day, the Bayakoa was not exactly a gathering of eagles. Then again, the race was seen as more of a coronation than a confrontation. Monomoy Girl enjoyed that much of a class edge, winning for the 14th time in 16 career starts. Ridden confidently by Florent Geroux, the 6-year-old mare stepped out strongly in the stretch when her rider gave the word.

There can be a lot of slow days during the racing season, yet Oaklawn racegoers occasionally witness brilliance. Among older fillies alone, I fell in love with Bold 'n Determined, wondered how they could improve on Lady's Secret, watched Bayakoa stick her tongue out at rivals and marveled, there is no better word, at Zenyatta. Although Oaklawn saw her only at 3, when she was Horse of the Year, Rachel Alexandra belongs on any roll call of idols and more's the pity that Charles J. Cella's dream matchup of Rachel and Zenyatta in 2010 fell through.

Call me quirky, but I have been slow to heap similar praise upon Monomoy Girl. Until Sunday, I saw her a notch below Beholder and Zenyatta, two who beat males at the sport's highest level.

Finally, call me a true believer. She may not win the Breeders' Cup Classic like Zenyatta, but before year's end Monomoy Girl may surpass Bayakoa and some others as the sport's first three-time BC Distaff winner. Zenyatta was Horse of the Year at 6 and who's to say that Monomoy Girl will not follow suit? As was said of Willy Loman in "Death of a Salesman," attention must be paid.

Monomoy Girl won the Bayakoa with a show of force that one expects from a champion. However chalky the outcome, this was a better story than if she had been, say, nipped at the wire. I wished merely that she would get around the track quickly and safely, clock out after a short day's work and leave us panting for more. No matter on this day how cold and damp, paraphrasing Sinatra, the lady is a champ.

A word of praise to Spendthrift Farms owner Bradley Wayne Hughes for bringing such a great one this way. Two thumbs up for track President Louis Cella, whose father was one of racing's greatest showmen and would have savored the moment, and racing secretary Pat Pope. And not to forget General Manager Wayne Smith for keeping the plant open during trying times.

It was a great weekend for Arkansas racing. A man in the newspaper backshop told me something 40 years ago that still applies: Although one wants to see the home team do well, Oaklawn is OK with shippers winning the big races.