Lady Rams hold on late to advance to conference finals 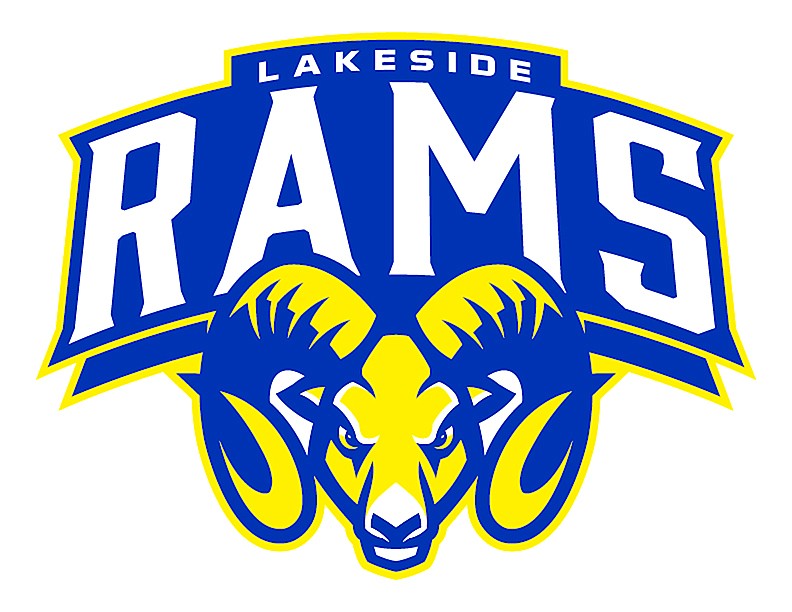 Lakeside broke out in the second half Tuesday night to claim a 45-34 victory over the Sheridan Lady Yellowjackets at Lakeside Athletic Complex.

Trailing 23-22 at intermission, Sheridan freshman Kayden Porter opened the second half with a drive straight to the hoop to take the lead. This was the last lead the Lady Yellowjackets (10-9, 5-6 5A-South) had as Lakeside (18-6, 10-2) closed out the quarter with a 10-o run, kickstarted by a pair of free throws by senior Adachi Igbokidi.

"That's what we talked about at the half more than anything, was just the level of physicality and competitiveness," he said. "I thought they just kind of brought it to us in the first half. I really thought, especially the first quarter, I thought they were way more physical than we were early."

The Lady Yellowjackets shot back in the opening minutes of the fourth quarter with sophomore Brooklyn Rowe driving in for the quick basket and Porter following up with the pull-up jumper. Junior Ronni Formby sought to halt the Lady Yellowjackets' surge with a pull-up 3-pointer, but Rowe answered in kind on the other end and senior Kylie Reed added another soon after to cut the Lady Rams' lead to 2 with 3:25 remaining.

Junior Mady Davenport hit a wide-open 3-pointer from the top of the key as the Lady Rams went on to add 6 more points to the board while denying Sheridan another point.

"I thought they came in with a little bit of a chip on their shoulder, maybe, because we had beaten them twice," said Brock after the game. "They kind of pushed us around really in the whole first half, especially in the first quarter. And then in the second half, I thought we fought back pretty good. I thought we were too impatient offensively tonight, almost the entire night, and I thought that hurt us with running through our stuff. But our intensity, our competitiveness, was way better in the second half than it was in the first."

Sheridan head coach Jamison Ingram said that despite the loss, she was proud of her team's effort.

The Lady Yellowjackets grabbed the early momentum with senior Regann Harper hitting an outside jumper after controlling the opening tip. Davenport answered with a drive to the paint as did Bittinger to give the Lady Rams their first lead of the night.

After Harper hit again from the opposite side, Rowe and Reed each drained 3-pointers to put the Lady Yellowjackets out front 12-6 coming upon the 2 minute mark as Reed and Porter helped stretch the lead to 16-12 entering the second frame.

Picking up where they left off, senior guard Claire Denney opened the second with a pull-up trey before the Lady Rams went on a 7-0 spurt, capped by a free throw from sophomore Allie Pollock with 2:15 remaining for Lakeside's first lead since the opening minute of the game.

While Porter and senior Zoie Autrey answered for the Lady Yellowjackets, Formby drew a foul on a buzzer-beating 3-point attempt and proceeded to sink all three from the free throw line for the halftime edge.

Reed and Rowe led Sheridan with 8 points apiece with Reed grabbing four rebounds. Porter followed with 7 points, two boards and an assist, Denney had 5 points, three boards, a pair of steals and a block, Harper had 4 points, two steals and two rebounds, and Autrey had 2 points with three boards.