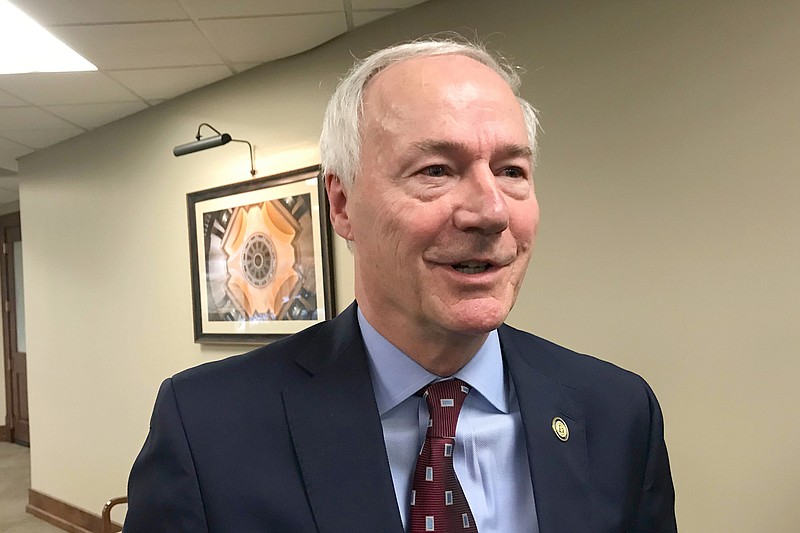 LITTLE ROCK -- Arkansas' active coronavirus virus cases on Monday dropped to their lowest point since June as lawmakers expanded their ability to end the emergency declared because of the pandemic.

The Department of Health said the state's active virus cases, ones that don't include people who have recovered or died, now totals 2,863. That's the lowest since June 7. The state's total virus cases rose by 117 to 327,060.

The active cases dropped as lawmakers sent Gov. Asa Hutchinson a revision of the state's emergency powers law. The bill, which passed on a 78-16 vote, gives the Legislature greater say in whether to terminate emergency declarations or orders issued under them.

Rep. Jimmy Gazaway, a sponsor of the measure, said the measure wasn't a criticism of Hutchinson's approach to the pandemic but called it an effort to "restore an appropriate balance of power between the executive branch and the legislative branch."

Hutchinson said he planned to sign the emergency powers changes into law "because it gives the governor the flexibility needed to manage during a crisis.

"It also provides an appropriate check by the legislature," he said in a statement.

Hutchinson repeated his opposition to the refund proposal, but stopped short of saying whether he'd veto the measure. Opponents have said the refunds would be unfair to businesses that had complied with the state's virus restrictions.

The governor has five days, not including Sunday, to take action on the bill after it reaches his desk before it becomes law without his signature. If he vetoes the bill, it would take a simple majority of the Legislature to override him.

The department said nearly 849,00 of the 1.4 million coronavirus vaccine doses the state has been allocated have been given so far.