Probationer charged with having gun after traffic stop 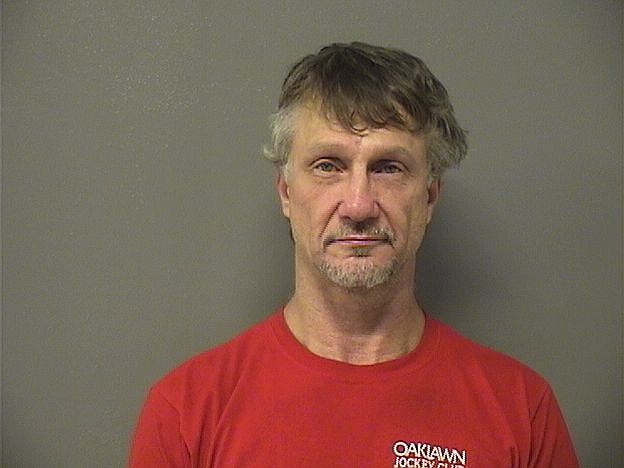 A local felon on probation from a previous arrest for possessing a firearm was arrested again on the same charge early Friday after a traffic stop.

Dennis Edward Johnson, 50, who lists a Halk Terrace address, was taken into custody shortly before 2 a.m. in the 2200 block of Central Avenue and charged with a felony count of possession of a firearm by certain persons, punishable by up to 20 years in prison.

Johnson, who also had two warrants for failure to appear, was being held on a $7,000 bond and was set to appear Friday in Garland County District Court. He had previously pleaded guilty on July 9, 2019, in Garland County Circuit Court to the same charge and was sentenced to six years' supervised probation.

According to the probable cause affidavit, shortly after 1:30 a.m. Friday, Hot Springs police Officer Christopher Gibson was patrolling in the 2600 block of Central Avenue when he spotted a white 2007 Ford Econoline van traveling northbound with only one headlight operating.

He made a traffic stop on the van and made contact with the driver, identified as Johnson, and discovered the two failure to appear warrants, so he took him into custody.

While inventorying the vehicle prior to being towed, Gibson allegedly found a loaded Smith and Wesson .357 magnum handgun in the center console.