After draft, some obstacles ahead for NFL in 2021 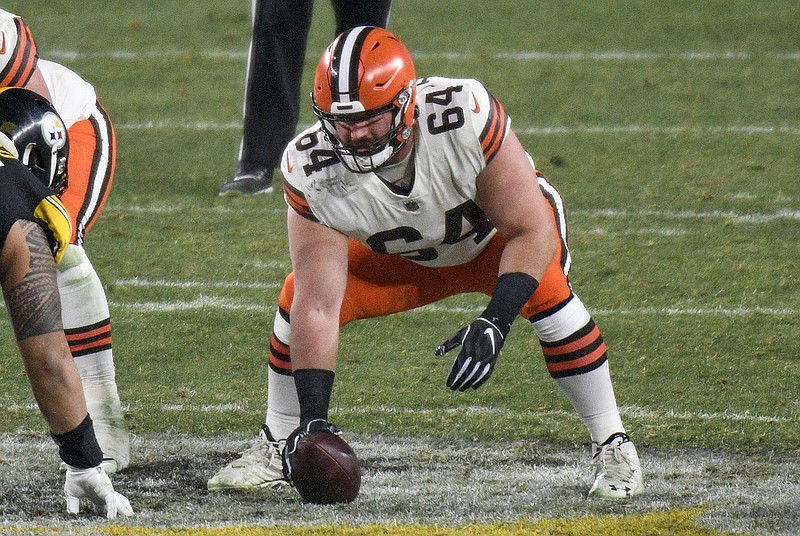 Cleveland Browns center JC Tretter (64) snaps the ball during the first half of a Jan. 10 wild-card playoff game against the Pittsburgh Steelers in Pittsburgh. Following the advice of Browns center and NFL Players Association President Tretter, Cleveland's players joined a list of teams who say they will skip voluntary in-person workouts this offseason. - Photo by Don Wright of The Associated Press

With a successful in-person draft in Cleveland behind it, the NFL inexorably moves on.

What's ahead might not go so smoothly as the selection process did on the shore of Lake Erie.

For one, the league and the players' union likely will be hassling over offseason programs for, well, the rest of the offseason.

For another, while Commissioner Roger Goodell and the 32 team owners rather loudly are embracing the idea of full stands come the regular season, there are far too many uncertainties with the COVID-19 pandemic that are still a significant factor.

As for major storylines for the teams, no need to look beyond Green Bay up north and Houston down south.

This one could get ugly, and relatively soon.

Although the NFL pushed back in-person attendance for meetings and OTAs, which are optional anyway, until later this month, the NFL Players Association wants to do something virtually no else does: Go back to 2020. At least when it comes to mandatory events, particularly minicamps.

Last year, the offseason programs were all done virtually and training camp was pushed back because of the pandemic. This year, organized team activities can begin May 24 for 10 sessions, and minicamps can be held until June 18.

NFLPA President JC Tretter, a center with the Browns, has campaigned for eliminating all of that.

"The good news for our sport is that while the NFL season looked and felt noticeably different from previous years," Tretter has written on the NFLPA website, "we learned that the game of football did not suffer at the expense of protecting its players more than ever before.

"Our process is to follow the science on what is safest for our guys, and many of the changes this past year -- like no in-person offseason workouts/practices, the extended acclimation period before training camp and no preseason games -- gave us a year of data that demonstrates maintaining some of these changes long term is in the best interest of the game."

The battle lines could be drawn for June's minicamps. The union could advise its members not to attend, but the teams can hand down hefty fines to those players who, basically, opt out.

The owners make too much money off these exhibition games to totally eliminate them. Getting them to drop from four to three per team (not counting the Hall of Fame game) took adding a 17th regular-season game.

Coaches want them to help set their rosters and find their starters. Rookies need them to become acclimated to the pros before the real stuff kicks off. Free agents joining new teams are helped in their adjustments by preseason matches.

At least that's what we are told.

If the union is to make a stand about the work schedule, minicamps are more likely to be the focal point than boycotting preseason games. Revenues from preseason games are factored into the salary cap, so fewer games means less revenue all around.

Goodell and the league's medical staff wisely and repeatedly make their decisions regarding practice facilities, stadiums and games based on the latest medical science and municipality health rules. His bosses -- that would be the team owners -- can be more pushy as far as getting people in the stands.

It's unlikely that the commissioner would back down in this area, even if a franchise in a "more open" state such as Texas or Florida, pushed for attendance beyond what the league itself deems appropriate and safe.

Citing Dr. Allen Sills, the NFL's chief medical officer, and his staff, Goodell often refers back to their work in getting the 2020 schedule and postseason completed on time. Don't look for him to abandon that approach regardless of the potential pushback from one or several clubs.

If you think things are cold in Green Bay in December, try the icy atmosphere right now. Aaron Rodgers reportedly wants out, the Packers say they have no intention of trading the 2020 league MVP -- and their only chance of competing for a title in 2021. Not that the star quarterback's contract is easy to deal, nor are there many (any?) contenders who could make the move.

Would Rodgers want to finish off a career that will eventually get him to Canton, Ohio, with an also-ran and no shot at another ring?

As for Houston's Deshaun Watson, there's been talk of him being suspended or placed on the commissioner's exempt list after 22 women filed lawsuits alleging they were sexually assaulted or harassed by the quarterback.

Oh yeah, he also asked for a trade away from the Texans, whom the oddsmakers who handle such things say should be the NFL's worst team this year.

Yes, there are substantial financial implications in a trade here, too. But they pale in comparison to the off-field situation with Watson. 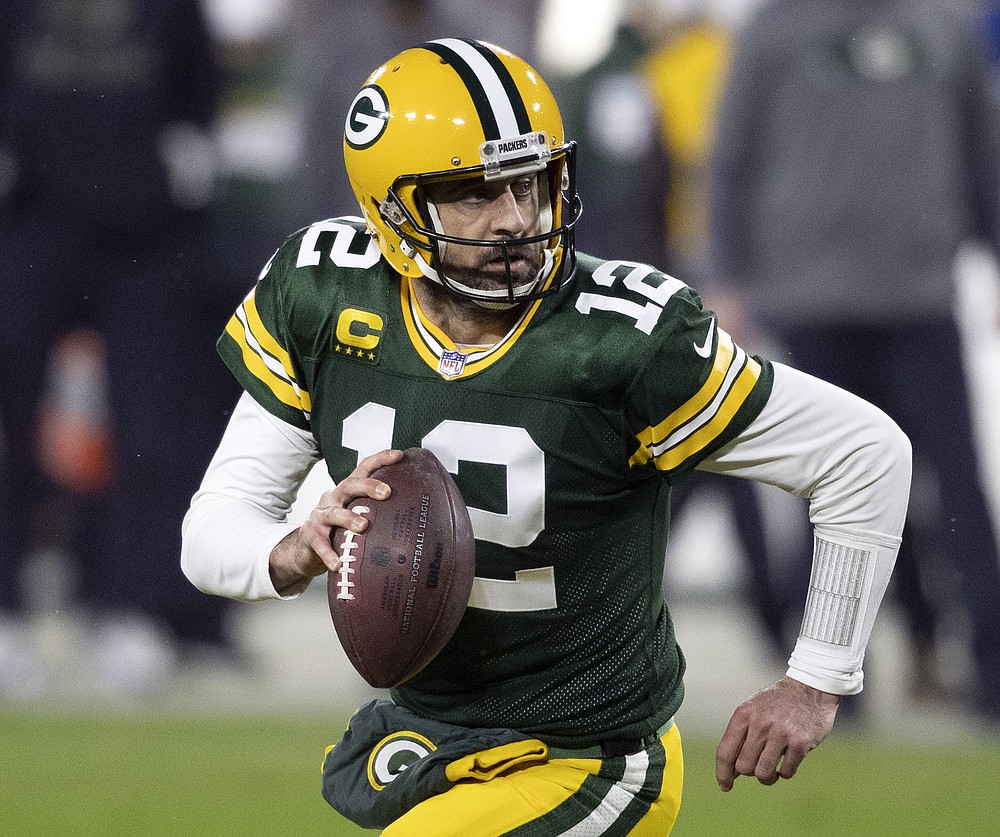