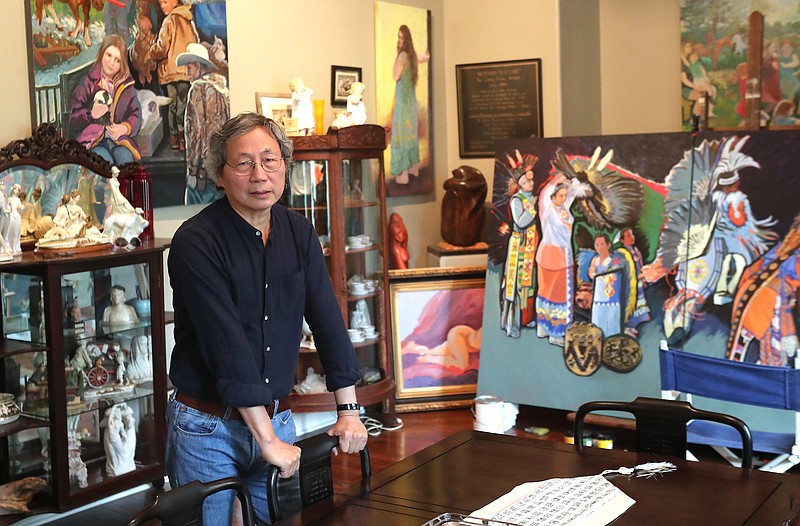 Artist Longhua Xu is shown in his Hot Springs studio on Wednesday. - Photo by Richard Rasmussen of The Sentinel-Record

With much love for the city he has called home for 31 years, local artist Longhua Xu continues to place his artistic footprints across Hot Springs in an effort to leave the community better than he found it.

Upcoming public works of Xu's include a massive sculpture of a Native American woman riding a horse that will be placed downtown, and an exhibit in collaboration with his 6-year-old grandson, Han Xu, that will be showcased at Mid-America Science Museum.

The downtown sculpture will stand 12 feet tall and 12 feet wide; the exact location has not yet been released.

"It'll be very nice for the center of downtown," Xu said.

Undecided, he said it will be named "The Explorer" or "Visit." Originally the face of a Native American man riding the horse, he changed it to a woman's after his wife, Shunying Chen, died last November. Now, after four years, the sculpture is complete and will honor what both Xu and his wife want for their art in the community: to leave a lasting impact that makes people feel good.

Xu said when his work makes people happy, it makes him happy, too.

"This is not my family project, this is a people project," he said. "We want the people to realize that we're a tourist town, we want this town to be better than we leave. We came here, we loved it because natural, mountains, flowers, trees, but we cannot just keep it like this. We have to add our footprints.

"My wife and I lived here for 30 years. We're trying to make a mark on here, we say we want to make this city better looking. This is why she don't buy jewelry, no expensive clothes. We don't go shopping for years, but she buy my clay or my canvas. ... She realized life is more important, you have to give to society instead of taking from society."

Xu has also made an array of sculptures and paintings for local medical facilities.

"I have so much people I don't know, they call me, they say 'We appreciate what you do for us,'" he said. "I say 'I don't do anything for you, what are you talking about?' They say ... they walk out of the hospital and they see the big sculpture and they feel something watch over them."

But Xu's mark isn't only being left on the community, but in his family too. As a family of artists and doctors, they all take pride in community service. And now, at just 6 years old, his grandson is dabbling in the arts.

"Since my grandchild was 3 years old, he's started painting on canvases with brushes," he said.

Now, three years later, the two prepare for their first collaborative exhibit to be showcased in Mid-America Science Museum. "Crayons to Canvas" will be on display May 29 to Sept. 26.

According to a MASM brochure, for the exhibition Xu avoids the traditional position of art and artist for one that reshapes perception.

"Dancing dinosaurs that fight with fire and chickens of pure color that seem to dash across the canvas are subjects which are quite unique from Longhua's classically trained aesthetic," the brochure said. "The abstraction of creatures of these recent works emerges from the imagination of his 5-year-old grandson, Han Xu. Together, they have presented to the viewer a move from idea to execution -- a move from Crayons to Canvas." 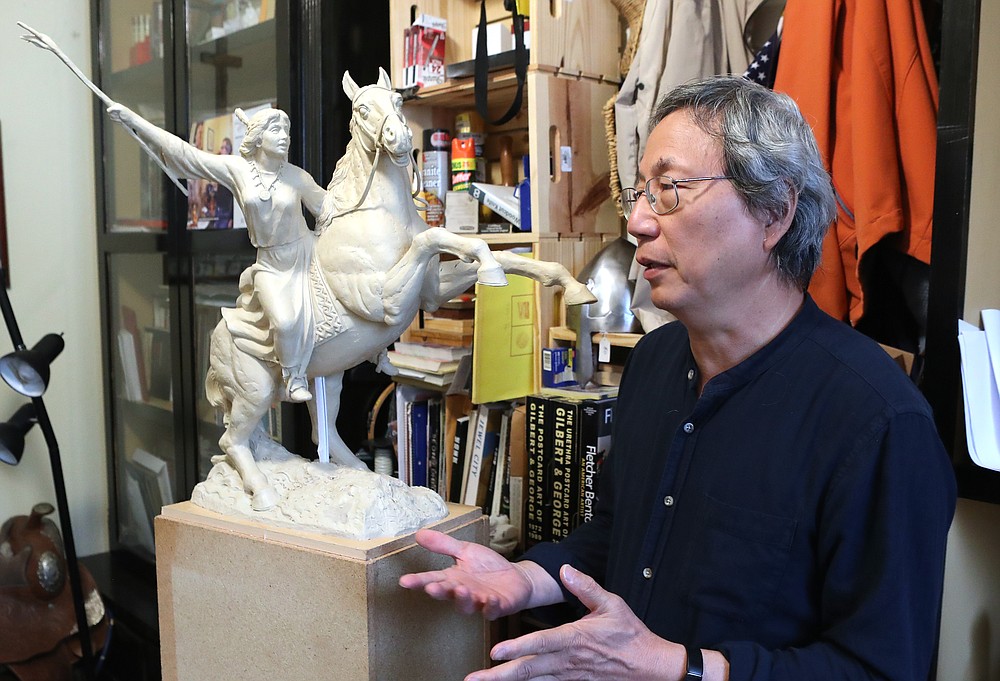