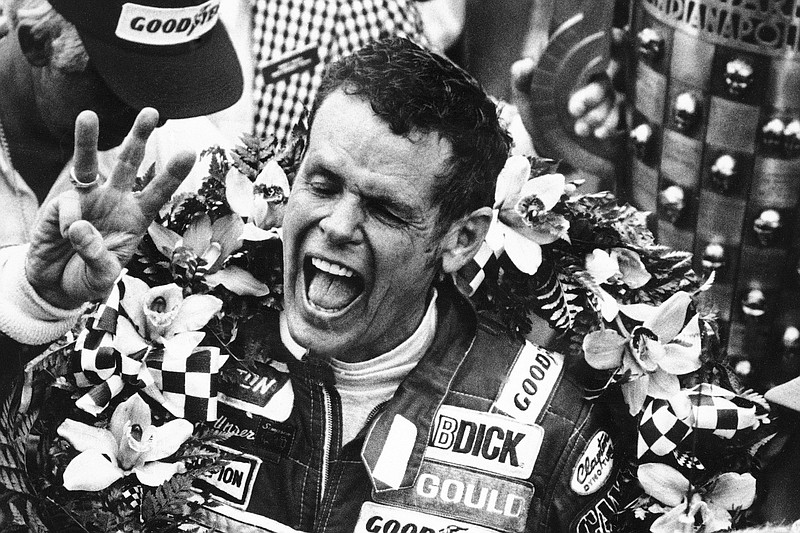 There wasn't much Bobby Unser wouldn't do to promote the Indianapolis 500, which is how he found himself at a show-and-tell at an Indiana elementary school a few years ago.

He had the famed Indy 500 winners' Borg-Warner Trophy with him and proudly showed the students the Unser legacy. He pointed to the nine places where their faces are sculpted into the sterling silver -- four spots for his little brother, Al; three for himself; two for nephew Al Jr.

It was one of few times anyone had seen Unser speechless.

Unser, who began racing jalopies in New Mexico and went on to become a beloved figure across racing and part of the only pair of brothers to win "The Greatest Spectacle in Racing," died Sunday at 87. He died at his home in Albuquerque, New Mexico, of natural causes, Indianapolis Motor Speedway said.

"There simply was no one quite like Bobby Unser," said Roger Penske, now the speedway owner. "Beyond his many wins and accomplishments, Bobby was a true racer that raised the performance of everyone around him. He was also one of the most colorful characters in motorsports."

Unser was a member of one America's most famed racing families and one of the greatest drivers in the history of the speedway, capturing the race in 1968, 1975 and 1981.

"He is part of the Mount Rushmore of Indy," said Dario Franchitti, another three-time Indy 500 winner.

Unser's final Indy 500 victory in a Penske entry was one of the most contentious outcomes and is still disputed to this day.

Unser won from the pole and beat Mario Andretti by 5.18 seconds, but officials ruled Unser passed cars illegally while exiting the pit lane under caution -- drawing a penalty that docked him one position and moved Andretti to winner.

Penske and Unser appealed and after a lengthy process the penalty was rescinded in October of that year.

"Bobby was never exonerated of the infraction and USAC, which was the sanctioning body of only Indianapolis at the time, was a very weak organization," Andretti said Monday. "Roger Penske's lawyers were a lot smarter than the USAC lawyers. And this is a fact: Bobby did commit the infraction. But under the circumstances, the penalty was too severe."

Unser in the end was fined $40,000 and declared the winner for the 35th and final victory of his career.

Andretti, who infamously won only once at Indy, told The Associated Press on Monday that to this day he wears the 1981 winner's ring he was presented at the banquet the day after the race instead of the one from his 1969 victory.

"Every time I saw Bobby I would flash my '81 ring, it's the one I wear, I never gave it back. I would just rub it on his ear," said Andretti, who added he last spoke to Unser about three weeks ago.

Unser was one of six members of the Unser family to race in the Indianapolis 500; an older brother, Jerry, died in a crash preparing for the 1959 Indy 500.

Bobby Unser was born Feb. 20, 1934, in Colorado Springs, Colorado, and moved with his family as a child to New Mexico. His father owned a garage along Route 66 and he his three brothers grew up tooling around in old jalopies before he quit high school at 15 and began his racing career at Roswell New Mexico Speedway.

After two years in the U.S. Air Force from 1953 to 1955 -- a stint in which he took pride -- Unser turned to racing full time in what became a mighty career. His family was legendary at Pikes Peak International in Colorado -- nicknamed "Unsers' Peak" because of their prowess at the annual hill climb -- but it was "Uncle Bobby" who was the best. He dominated with 13 championships, including six straight from 1958 to 1963.

At Indy, one of the most difficult and challenging race tracks in the world, Unser was magical.

Franchitti spent time each year at the speedway or at dinner with other past winners and said Unser was "always the largest personality in pretty much any room."

"He showed up at the speedway and regardless of when he last raced, he still understood the race and what it took to win the race and he was still so very insightful," Franchitti said. "He loved the Indy 500 so much. He loved coming back."

The exclusive club of former winners gathers in Indy annually -- the pandemic put a pause on the tradition last year -- to reminisce about their speedway days. Unser always held court among the giants of motorsport, none ever taking for granted the deadly dangers of Indianapolis.

"He was a fun guy and he liked to talk and to make light of a lot things and always made great conversation, especially at dinner in Indy where everybody convenes. We'd get together for a steak downtown," Andretti said. "The fact that we survived at all. We lost so many. We dodged a bullet."

After his driving career, Unser moved to a 20-year broadcasting career and won an Emmy Award as part of the ABC Sports broadcast team for "Outstanding Live Sports Special" for its coverage of the 1989 Indianapolis 500.

He was in the booth in 1987 when he called brother Al's record-tying fourth 500 victory, and again in 1992 when nephew Al Unser Jr. won Indy for the first time in the closest 500 finish. When his TV career ended, Unser continued to visit the speedway every May. He was a driver coach who assisted on race strategy in 1998 and 1999 when son Robby Unser finished fifth and eighth.

Unser is survived by his wife, Lisa; sons Bobby Jr. and Robby; and daughters Cindy and Jeri. 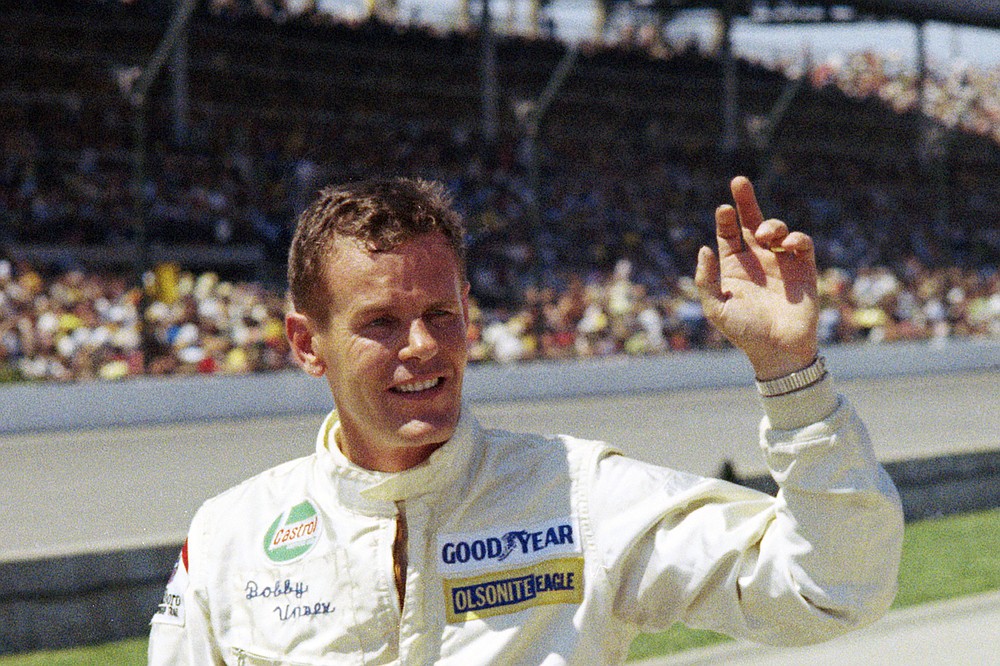 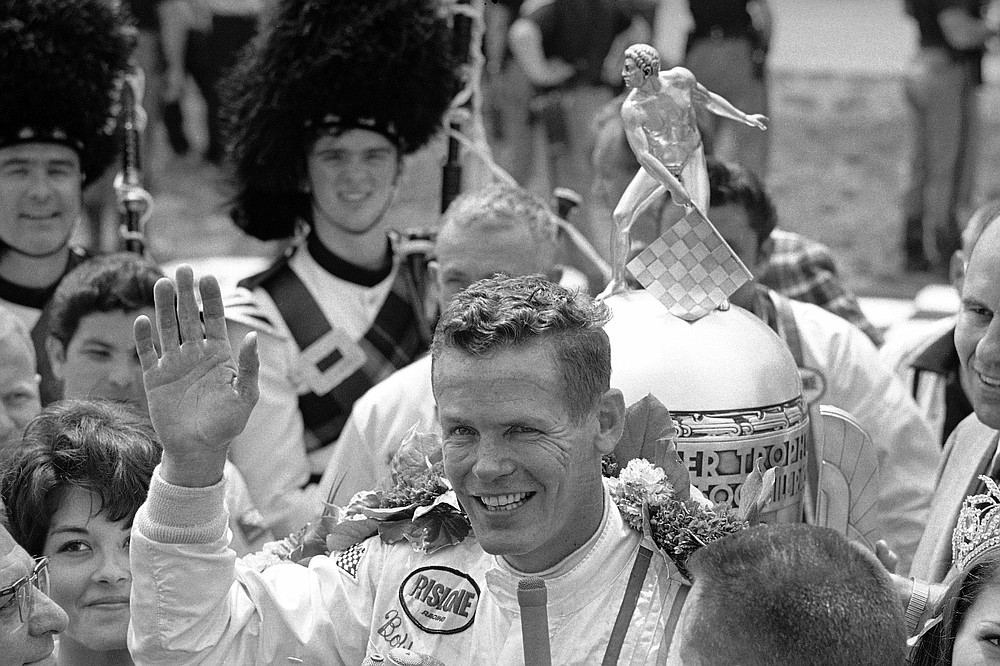 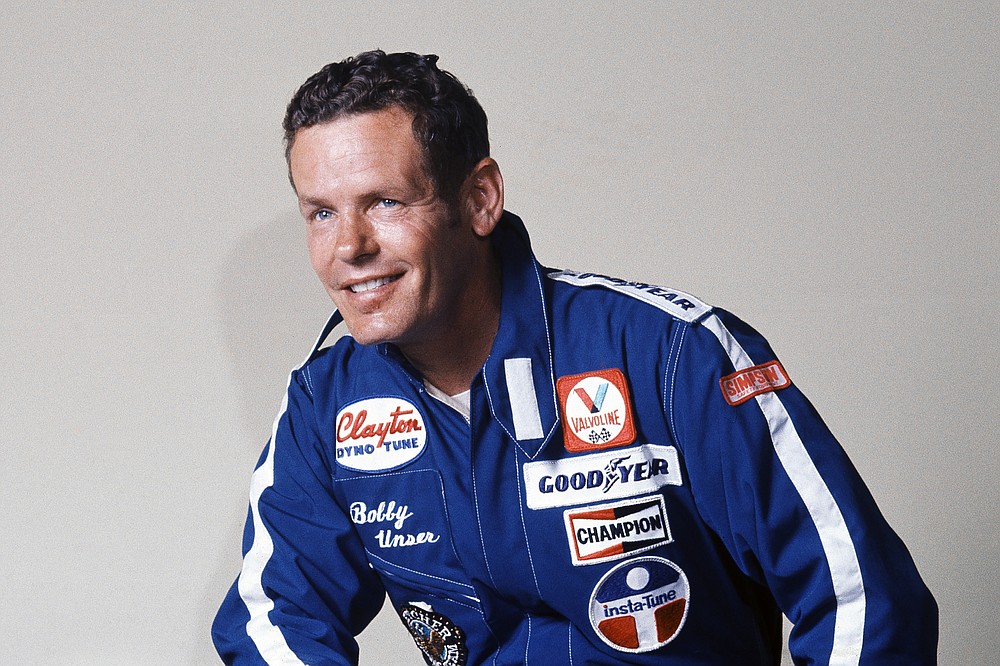 FILE - Race car driver Bobby Unser is shown in this 1977 file photo. Bobby Unser, a three-time Indianapolis 500 winner and part of the only pair of brothers to win “The Greatest Spectacle in Racing” has died. He was 87. He died Sunday, May 2, 2021, at his home in Albuquerque, New Mexico of natural causes, The Indianapolis Speedway said Monday. (AP Photo/File)
ADVERTISEMENT