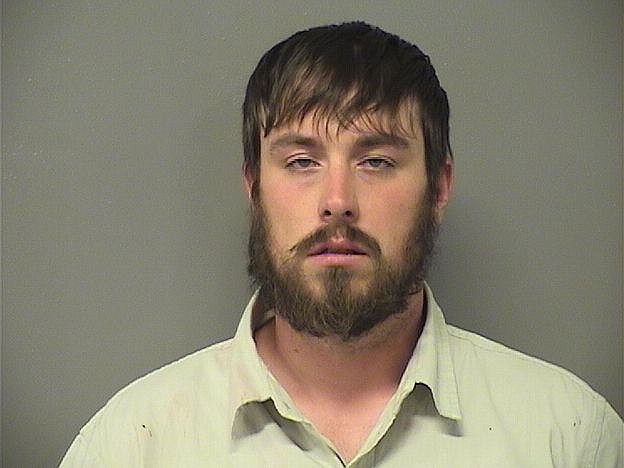 A local man was arrested late Friday after allegedly slapping his 7-year-old daughter and endangering all three of his minor children during a confrontation with their mother.

Shawn Ray Reeves, 26, of 1154 McClendon Road, was taken into custody shortly after 10 p.m. and charged with a felony count of second-degree domestic battery, punishable by up to 10 years in prison, and three misdemeanor counts of third-degree endangering the welfare of a minor, each punishable by up to one year in jail, and one count of public intoxication.

Reeves, who lists no prior criminal history, was later released on a $2,750 bond and is set to appear May 17 in Garland County District Court. His wife had previously filed a petition for an order of protection against Reeves on Feb. 20, 2020, but it was dismissed at her request on June 3, 2020.

According to the probable cause affidavit, shortly before 9:30 p.m. Friday, Garland County sheriff's deputies Bennie Strickland and Hunter Grubbs were dispatched to a domestic disturbance call at the McClendon Road residence after a woman and her three children allegedly fled to a neighbor's house and the woman said her husband hit her.

Deputies spoke to the neighbor, who said she had the three children, ages, 7, 6 and 5, in her house and the one daughter, 7, was claiming her father, identified as Reeves, had hit her and her mother, 27, earlier.

Grubbs spoke to the daughter, who stated her parents got in a fight and her mother threw "multiple household items" at her father and pushed him off the front porch. She said her father then slapped her mother across the face.

The daughter said she ran between them to try to separate them while screaming for them to stop fighting and Reeves slapped her across the face, causing redness to her right ear. She noted she had pain in her ear and across her face. She was evaluated by LifeNet for her injuries and the mother was reportedly transported to a hospital.

After speaking with the daughter, Reeves reportedly came out of his residence and walked over to talk to the deputies. Grubbs noted he had "an extreme odor of intoxicants" on his breath, watery, bloodshot eyes and slurred speech.

Reeves was "very belligerent" and "extremely hostile" toward the deputies, Grubbs said, yelling at them, "Are you going to shoot me?" and "Go ahead! Arrest me!" while stumbling around as he walked.

Reeves reportedly admitted he and his wife had "consumed a lot of alcohol" and got in a fight.

Reeves was taken into custody for striking his daughter, due to his "extreme intoxication" and for allegedly endangering the three children "by engaging in a physical disturbance with (his wife) in front of the children."

The children's grandmother came to the scene and picked up the three children.