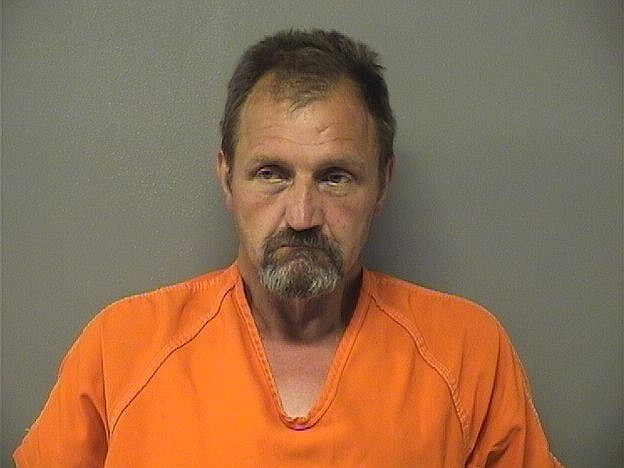 A local parolee was charged with multiple felonies early Monday morning after he allegedly set off a fireworks mortar inside a Garland County woman's house, endangering her and a Garland County sheriff's deputy.

Johnson was being held on a $15,000 bond and was set to appear Monday in Garland County District Court. He was previously convicted of theft by receiving on July 29, 2019, in Garland County Circuit Court and sentenced to four years in prison; and on Feb. 28, 2020, in Hot Spring County Circuit Court on three counts of forgery and sentenced to 10 years in prison.

According to the probable cause affidavit, shortly before 2 a.m. Monday, Garland County sheriff's Deputy Heidi Bernard was dispatched to a residence in the 200 block of Bryant Road regarding a disorderly person.

She made contact with the female homeowner on the enclosed porch of the residence who told her a known suspect, identified as Johnson, was in her kitchen "breaking her things" and she wanted him to leave.

Bernard attempted to establish contact with Johnson, but he had barricaded himself in the kitchen and was "yelling incoherently." The deputy went back out on the porch where the owner was now sitting underneath the kitchen window.

While speaking to her, Bernard saw movement by the kitchen window and then saw a spark and "heard a loud explosion." The kitchen window, which she was standing next to, was blown outward, "shattering and spraying both of us with glass," she said.

Neither the deputy nor the owner was injured, and Bernard escorted the owner away from the residence to a safe distance.

As he ran out in the yard, the deputy ordered him to the ground and he reportedly asked, "Why do I have to get on the ground?" She told him "because he shot something" out the window at them and he allegedly stated, "I wasn't shooting a gun. I shot a mortar."

Moments later it was discovered the kitchen area "where Johnson claimed to have shot a mortar" was on fire.

Johnson was taken into custody without further incident. The affidavit did not indicate the relationship between Johnson and the homeowner or why he was at the residence.