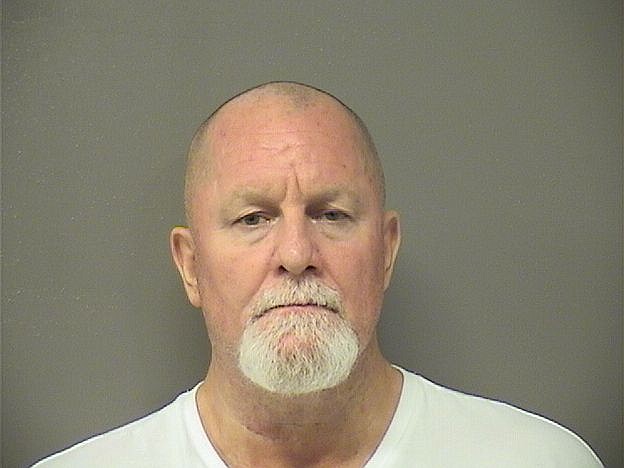 A local man was arrested on a felony assault charge Friday night after allegedly threatening his teen nephew at gunpoint with the encounter reportedly recorded on video.

Ray Anthony Monday, 54, of 3133 Albert Pike Road, was taken into custody at his residence shortly before 8:30 p.m. and charged with aggravated assault on a family or household member, punishable by up to six years in prison.

Monday, who lists no prior felony history, was initially held on zero bond, but the bond was later set at $5,000 and he was set to appear Monday in Garland County District Court.

According to the probable cause affidavit, around 8 p.m. Friday, Garland County sheriff's Deputy Tre'vonn Reedy responded to the Albert Pike Road residence regarding a disturbance in progress.

The alleged victim, 19, who was standing in front of the residence, told Reedy his uncle, identified as Monday, had "pulled a pistol on him."

The teen stated he and Monday got into an argument after Monday became angry because the nephew and his friends were "in and out of the house" while they were barbecuing.

He said he went back into the house "for the fourth time" and approached Monday who then pulled out a 9-mm pistol.

During the altercation, the nephew was reportedly able to video record Monday pulling and aiming the firearm at him. The affidavit notes that on the video Monday can be heard "daring" the victim to walk down the hallway toward him.

Monday was taken into custody without further incident and no one was reportedly injured in the incident.