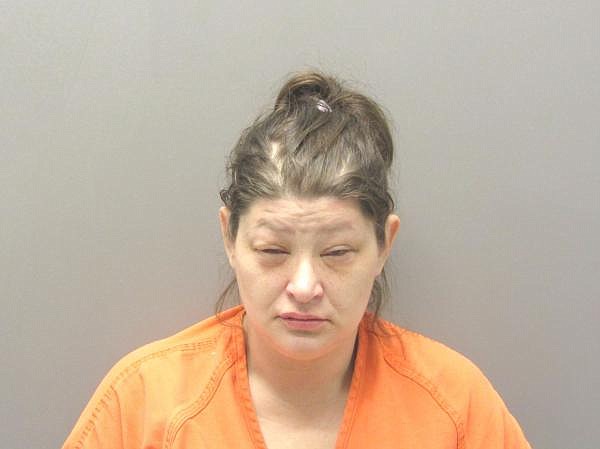 A felon on parole was charged early Saturday with allegedly battering her boyfriend, possibly breaking his ribs, during an argument at their apartment.

Charlotte Lynn Simmons, 43, of 128 Hickory St., No. 14, was taken into custody at her residence around 8:45 a.m. and charged with second-degree domestic battery, punishable by up to 10 years in prison.

Simmons, who was previously convicted of second-degree battery on Oct. 14, 2019, for attacking a Garland County sheriff's deputy at the detention center and sentenced to three years in prison, was being held on a zero bond and was set to appear Monday in Garland County District Court.

According to the probable cause affidavit, around 7:30 a.m. Saturday, Hot Springs police spoke to the victim in the emergency room at National Park Medical Center and he stated his live-in girlfriend, identified as Simmons, had attacked him around 1:30 a.m. that day.

He stated they had been "drinking margaritas" when he made a comment Simmons didn't like and she "just snapped." He said their argument turned physical when Simmons "shoved him into the bathtub causing pain in his rib cage."

He said she punched him numerous times before he was finally able to escape and he noted he "did not attempt to fight back in any way."

Officer Jason Greene noted the victim was bleeding from numerous wounds on his face and he had a "bruised, swollen hematoma" on the right side of his forehead. He had bleeding cuts on both hands and his elbow and bruising to the left side of his abdomen. He stated he was having difficulty breathing and it was believed he might have broken ribs. The affidavit notes his injuries were consistent with his statement of the incident.

Simmons was located at the apartment and taken into custody. After being read her rights, she allegedly stated she and her boyfriend were in a fight and she pushed him into the bathtub "only after he had pushed her." Officers noted Simmons had "no visible injuries."