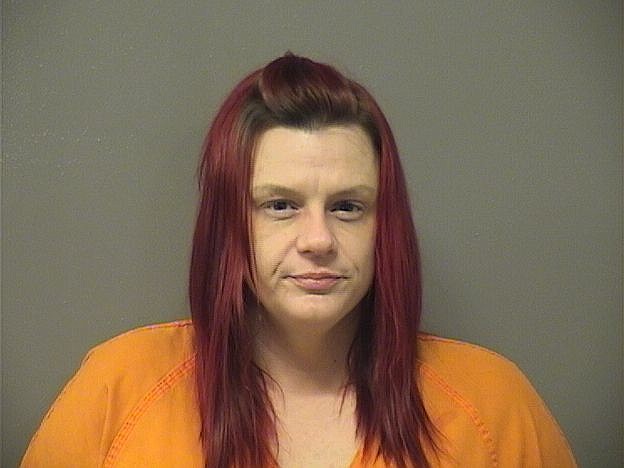 An Arkadelphia woman on felony probation is facing multiple felony and misdemeanor drug charges and traffic violations after a traffic stop Saturday in Hot Springs on a car she was reportedly allowing her unlicensed daughter to drive.

Biddle, who was also cited for permitting an unlicensed person to drive, no liability insurance, having an expired vehicle license and fictitious plates, was being held on a $7,000 bond and was set to appear Monday in Garland County District Court.

According to the probable cause affidavit, Hot Springs police Officer Anthony Larkin made a traffic stop on a white 2005 Nissan Altima in the parking lot of E-Z Mart, 4600 Central Ave., after a computer check showed the license plate returned to a different vehicle.

The female driver, 16, did not have a license or permit to drive, the affidavit said. Her mother, identified as Biddle, was riding in the passenger seat and a check showed she was a parolee with a search waiver on file.

Larkin reportedly noted a strong odor of marijuana coming from the car and asked Biddle if there was anything in the car he needed to know about. She reportedly told him she had a meth pipe in her bra, so he had them get out of the vehicle.

Sgt. LeeAnn Zaner came to the scene and searched Biddle and allegedly found a glass pipe with white residue consistent with meth use. She also found a baggie with 3.7 grams of what later tested positive for meth. In searching the vehicle, officers found two baggies with a total of 26.7 grams of marijuana.