Treatment center reaches out to neighborhood 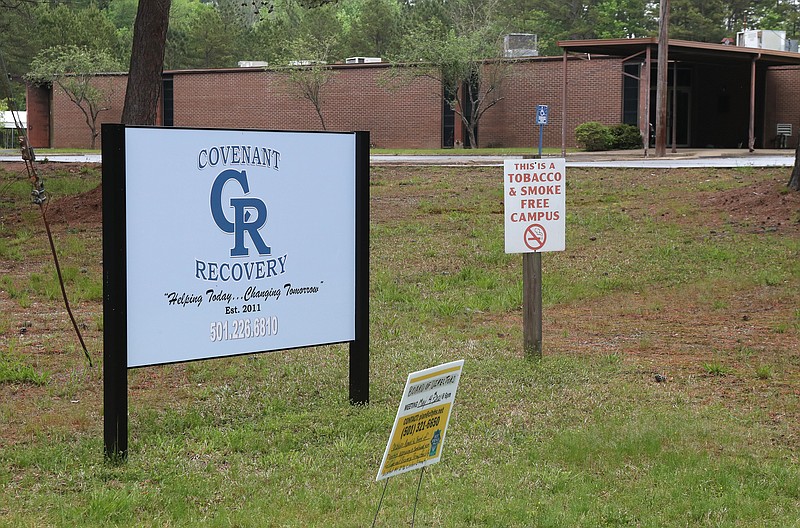 The Whittington Valley neighborhood has appealed the conditional use allowing Covenant Recovery to increase the number of residents who can live at its Linden Street facility. - Photo by Richard Rasmussen of The Sentinel-Record

Covenant Recovery Inc.'s founder and director said he's willing to address the Whittington Valley about its concerns with the nonprofit's proposed expansion of its residential group living facility at 276 Linden St., but the neighborhood hasn't asked him to.

Jeremy McKenzie said with the exception of Rock Hill Christian Church, none of the facility's neighbors have spoken to Covenant Recovery. The neighborhood's appeal of the conditional use the Hot Springs Planning Commission approved for an expansion of up to 48 residents is on tonight's agenda of the Hot Springs Board of Directors' business meeting.

The more than 4 acres has been zoned Office/Neighborhood Commercial, or C-3, since 1979, the city said. Residential group living facility is a conditional use in the C-3 zone, according to the zoning code's table of permitted uses. The property is surrounded by Low Density Residential, or R-3, zoning. The proposed expansion would not alter the exterior of the building or involve a change in its existing use, the city said.

Quapaw House Inc. approached him about taking over the 10,000-square-foot Linden Street space more than a year ago, he said. The Linden Street property was put into receivership after QHI defaulted on numerous loans. Covenant Recovery acquired it in a December foreclosure sale. The $300,000 from the sale was applied to Relyance Bank's $760,097 security interest, according to court records.

McKenzie said the facility would provide aftercare services for area residents transitioning from Covenant Recovery's Pine Bluff location. The residents currently living at the Linden Street property are integrated into the community, he said, as many attend area churches and classes at National Park College.

"We're not changing anything that's going on in the inside of the building," McKenzie said. "That's been a treatment center for 25 years. The only change we're really making is the fact that we asked permission to change the occupancy. The occupancy of that building has been 30 to 40 people for the last 25 years.

"I requested records from the state of Arkansas to show the occupancy level of that building, and I've got multiple pieces of paper to show that building has been licensed to house far more than eight people, as the city had it on record."

The Planning and Development Department told the board last week the city has no documentation of approval for more than the eight people the facility is currently allowed to house. The conditional-use permit the planning commission unanimously approved in March allows the facility to house up to 48 people, a number the city said has received state approval.

"Even though all these activities have occurred in the past and have apparently been blessed in some way, there is no formal documentation of approval of these things," Planning and Development Director Kathy Sellman told the board. "The applicant has been very clear they want to go by the book. He wants to do this correctly. What we have said in the past, that, given our definition of family, eight people can be there without further approval by planning commission or the board."

The city said subsequent to the denial, a complaint was filed with the Arkansas Fair Housing Commission, which enforces the federal Fair Housing Act.

"An investigation by that agency ensued," the city said in its response to the appeal. "We now are fully aware of our obligation under the Fair Housing Act to treat group living facilities without discriminating, even unintentionally, against individuals protected by FHA based upon familial status or disability. Plan or zoning code notwithstanding, the Fair Housing Act prevails."

Sellman told the board the Fair Housing Act prohibits the city from hindering residential choices for people with disabilities. The statute classified drug addiction as a disability, she said.

"Uses of illegal substances are not protected by the Fair Housing Act, but people who are actively seeking treatment and involved in that treatment are protected," she said.

The U.S. Department of Housing and Urban Development classifies Hot Springs as an entitlement city, which qualifies it for Community Development Block Grant funding. The Whittington and Park avenue areas have been some of the city's biggest beneficiaries of CDBG funding.

Sellman said violating the Fair Housing Act could jeopardize the city's CDBG funding, which, according to the 2021 action plan the board will consider tonight, is $439,471 for the fiscal year that ends in September.

"The risk, in my opinion, that the community runs is if I'm not there," McKenzie said. "We won't cause any trouble over there. We'll be a good neighbor to the community.

"I've taken hundreds of people from Hot Springs to drug rehab over the last 10 years. If they approve the appeal and deny our access to provide service at that location, I'll continue to serve the city of Hot Springs for years and years to come. I might not do that in Hot Springs, and that would be a shame."