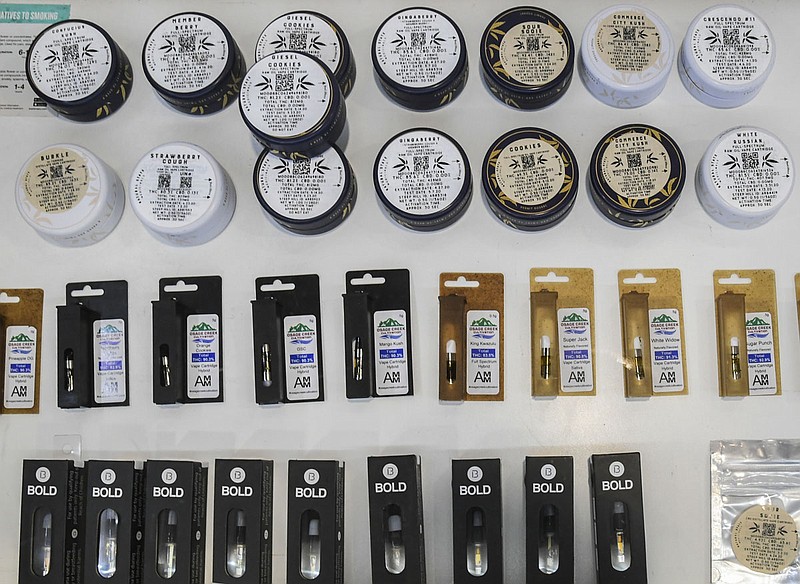 The Medical Marijuana Commission renewed the fiscal year 2022 permit for the only licensed dispensary inside the city of Hot Springs earlier this week.

Green Springs Medical's permit was one of 16 dispensary permits the commission renewed. According to rules and regulations the commission adopted, the state charges a $22,500 renewal fee. Green Springs ranked eighth out of 32 operating dispensaries in sales for the 21-day reporting period that ended Sunday, reporting 118.83 pounds in sales in the report the state revenue agency released Tuesday.

The Seneca Street location ranked no higher than 10th in the six previous sales reports. The more than 4,000 pounds in sales it's reported since opening in May 2019 ranked second behind The ReLeaf Center in Bentonville. The 244.40 pounds in sales the northwest Arkansas location reported during the 21-day period that ended Sunday led all dispensaries. The ReLeaf Center has led 10 out of the last 11 sales reports.

The Tax Procedure Act prohibits the state from releasing revenue figures for individual dispensaries. In aggregate, they reported sales of $303.5 million through Sunday, including $18 million during the latest reporting period.

The Department of Finance and Administration said the commission will consider Suite 443's renewal application at its next meeting. The application is one of 20 that will be considered. Permits have to be renewed by the end of June, when the state's current fiscal year ends.

Thirty-eight of the 40 dispensary licenses authorized by the constitutional amendment voters approved in 2016 have been awarded. Thirty-two dispensaries are in operation, and six more are in the process of opening, DFA said.

Renewal of the four remaining permits will be considered at the commission's next meeting.

The Arkansas Department of Health said there were 76,533 active patient cards as of May 1, a more than 2% increase from the number of active cards in mid-April. On average, cardholders spent $885,000 a day at dispensaries during the 21-day period that ended Sunday.