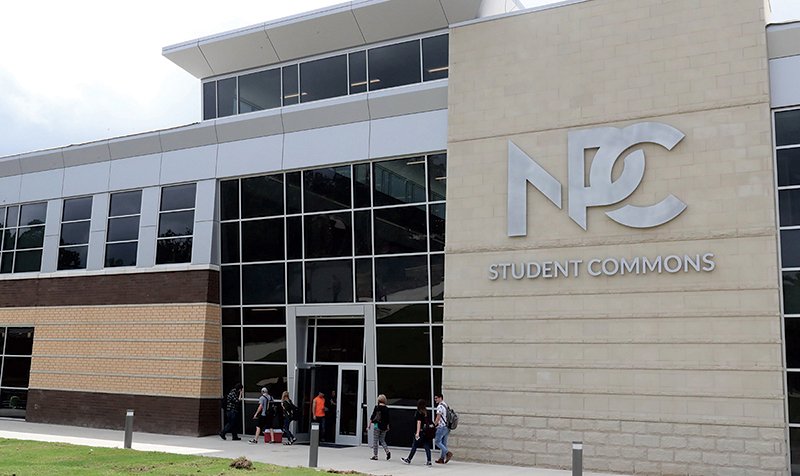 National Park College announced this week that three students in its Adult Education Center scored in the top 25 in the state for the GED test last year.

The students, Dahlia Cheshier, Mett'ea Roberts, and Mason Red, each topped the state's list of high scorers, the college said in a news release.

Cheshier scored first in the state among everyone who took the GED exam in the 2020 calendar year. She said in the news release that she decided to get her GED as a way to go to college and provide more for her children.

"Obtaining my GED was a huge achievement for me. I had wanted to get my GED since I was 16, but I was always scared that I would fail. Not only earning my GED, but being the top scorer gave me a sense of pride that I hadn't experienced academically before," Cheshier said.

"After seeing a Facebook ad, Cheshier learned that if she completed her GED at NPC, she would also receive half off her tuition which gave her more motivation to complete the GED program," the release said.

"A college education means a better life for my family. With a college degree I can get a better job and a career that I actually enjoy. I also want to show my children that they can achieve anything if they set their minds to it and work hard," said Cheshier, who is pursuing her medical laboratory technology degree and would like to continue to complete a bachelor's degree after graduation.

"I would like to tell the people like me that are afraid to try to earn their GED because they feel it will be too hard, to go for it. It is hard work, but the result is worth the momentary struggle. There are many supports in place to help you along the way. I earned my GED in the middle of a pandemic! If I can do it anyone can," Cheshier said.

Assistant professor Leslie Braniger was surprised to learn that Cheshier was a nontraditional student who maintained a full-time job and two small children.

"She's definitely going places, and as an instructor, that's one of those happy-ending stories that I live for," Braniger said in the release.

"Dahlia is a model student, always prepared, had more maturity than her peers in the class and set the example for them. They say that 'everything works for good students,' that applies to Dahlia. She will do well, no matter the circumstances," professor of Biology Darlene Gentles said in the release.

Roberts, who scored 23rd in the state, said in the release that she decided that she wanted to fast-track her education and opted to take her GED test instead of finishing classes at her high school.

"I decided on this route as it meant I could go on and receive the classes I needed that would prepare me for my future and degree completion," Roberts said.

She is working on the prerequisite classes to enter the Respiratory Therapy program, and said she chose NPC for its easy-to-learn environment and one-on-one relationship with the professors.

"NPC has a really friendly, encouraging and flexible environment and they are responsive to any problems that I had. They are truly there to help," Roberts said.

"Matt'ea was a model student in my College Algebra class, often making the highest score. Her intelligence is matched by her diligence and grit. I see much success in her future," Aprile Garner, assistant professor of mathematics said in the release.

"Matt'ea was such a pleasure to have in class. Her work ethic goes above and beyond, and I enjoyed her wonderful contributions to our class discussions," assistant professor of English Stephanie Warner said in the release.

Red, who scored 25th in the state, opted to finish his high school career by obtaining his GED so he could get a head-start on his college classes.

"By obtaining my GED I proved to myself that I was ready for college-level education and that I could move ahead with earning my degree," Red said in the release.

"As a GED student, Red received a 50% tuition discount to continue his education at NPC. He would like to pursue a career in information technologies but is also interested in coding software. By staying at NPC, he can take classes in both fields," it said.

"Obtaining a college-level education is important to me because I believe it will allow me to learn crucial skills that will prove helpful later in life and in the workplace. Being left in charge of my own learning has also helped me develop a strong work ethic and taught me a lot about managing my own time," Red said.

"Mason was an exemplary student in my sociology course, making it to every single class. His tests and papers consistently revealed his perceptive and incisive thinking on a vast array of social issues. As someone who is incredibly hardworking and conscientious, Mason is sure to have a bright career ahead of him in computer science," assistant professor of sociology Amanda Kruzel said in the release.