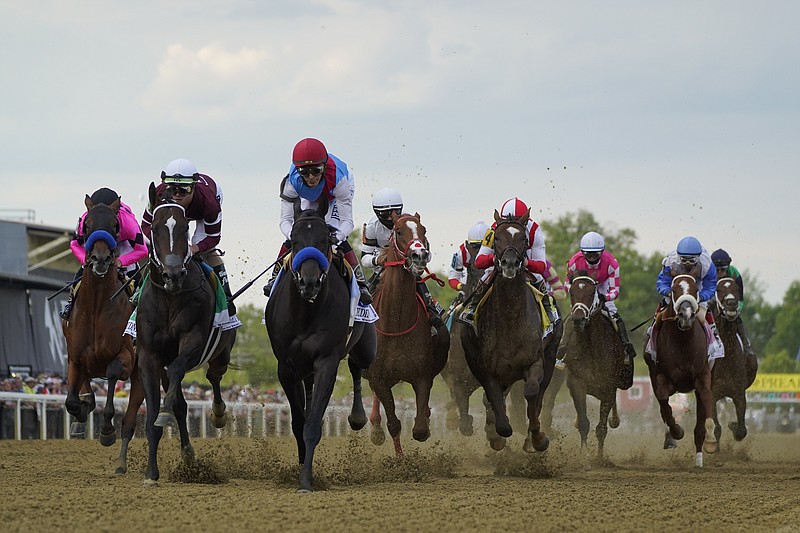 John Velazquez atop Medina Spirit, center left, leads the pack out of the gates during the 146th Preakness Stakes at Pimlico Race Course Saturday in Baltimore. - Photo by Julio Cortez of The Associated Press

BALTIMORE -- After a week dominated by the failed drug test of trainer Bob Baffert's Kentucky Derby-winning Medina Spirit, horse racing enjoyed a rare moment to celebrate at the Preakness when unheralded Rombauer gave owners John and Diane Fradkin and trainer Michael McCarthy a victory in their first Triple Crown race.

That moment is fleeting.

With the Belmont Stakes on June 5 wrapping up the Triple Crown series, the sport is filled with more questions than answers. Even if Rombauer goes to the Belmont potentially facing Derby favorite Essential Quality and Preakness runner-up Midnight Bourbon, the focus will remain on Baffert and the medication of horses.

Medina Spirit still faces potential disqualification from the Derby unless a second round of testing comes back negative. The colt tested positive for the steroid betamethasone, which Baffert said could have come from an ointment applied to treat a skin condition.

"Our investigation is continuing, and I don't have definitive answers at this point," Baffert said in a statement Saturday. "All I ask is that everyone not rush to judgment and allow all of the facts, evidence and science to come to light."

If Medina Spirit is cleared and remains in the history books as the Kentucky Derby winner, the issue could fade into the background with the Horse Racing Safety and Integrity Act's implementation on the horizon next summer. If this blood test shows any presence of the therapeutic medication that's not allowed even in trace amounts on race day, it'll be another blotch on Baffert's reputation.

Medina Spirit and fellow Baffert-trained Concert Tour each passed three rounds of pre-Preakness drug tests as a condition of being able to run. Medina Spirit finished third and Concert Tour a disappointing ninth in a 10-horse field.

"We will evaluate everything, and Bob will see what direction he wants to go with them," assistant trainer Jimmy Barnes said Sunday, hinting that Medina Spirit could bypass the Belmont. "We just need to give him a little bit more time between races. Bob knows what to do, and I will feed him the information and he will tell us what to do."

"There will likely forever be an asterisk by Medina Spirit's name in the history books," Irby said. "We'll be anxiously awaiting to see what happens next as we approach the Belmont Stakes in New York."

McCarthy plans to send Rombauer to Belmont Park and see how the horse is feeling before making a decision on the 1 1/2-mile race. Trainer Steve Asmussen plans on entering Midnight Bourbon in the Belmont, which could feature the return of Brad Cox-trained Essential Quality and Derby runner-up Mandaloun.

Hall of Fame trainer Todd Pletcher, who watched longtime assistant McCarthy win the Preakness while he fell to 0 for 10 in the second leg of the Triple Crown, has a handful of Belmont candidates. Pletcher's list includes Derby horses Known Agenda and Bourbonic and undefeated filly Malathaat, who romped in the Kentucky Oaks on April 30.

"We are definitely considering the Belmont," said Rick Nichols, racing manager for Shadwell Stable, which owns Malathaat. "(Jockey John Velazquez) said after the Oaks that she definitely can compete with the boys. We'll see. We've got a lot of things to think about."

Velazquez rode Medina Spirit in the first two legs of the Triple Crown, and Nichols hopes that opens up an opportunity for the Hall of Fame rider to get back aboard Malathaat. He said the family of Sheikh Hamdan bin Rashid al Maktoum will ultimately make the decision on the Belmont but isn't worried about the distance.

"She's training well, she's doing great, so we'll just see what they think," Nichols said. "Todd that she can handle that distance, and he did it with (2007 Belmont-winning filly) Rags to Riches before."

Derby third-place finisher Hot Rod Charlie and Japan-based France Go de Ina are other possible contenders. The New York Racing Association is offering a $1 million bonus if a horse based in Japan wins the Belmont. 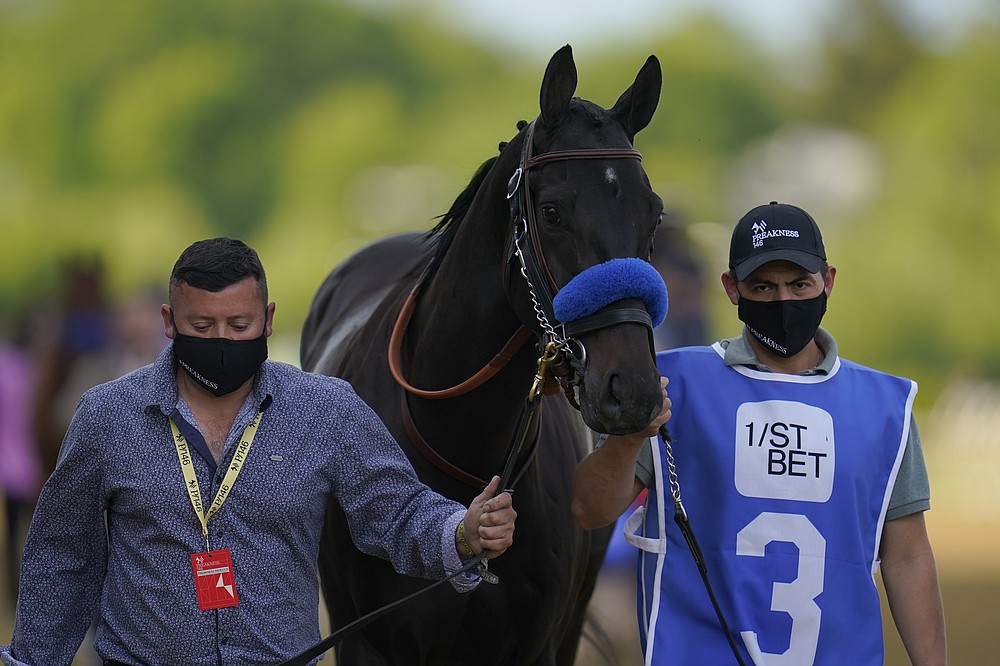 Medina Spirit is walked on the track before participating in the 146th Preakness Stakes horse race at Pimlico Race Course, Saturday, May 15, 2021, in Baltimore. (AP Photo/Julio Cortez) 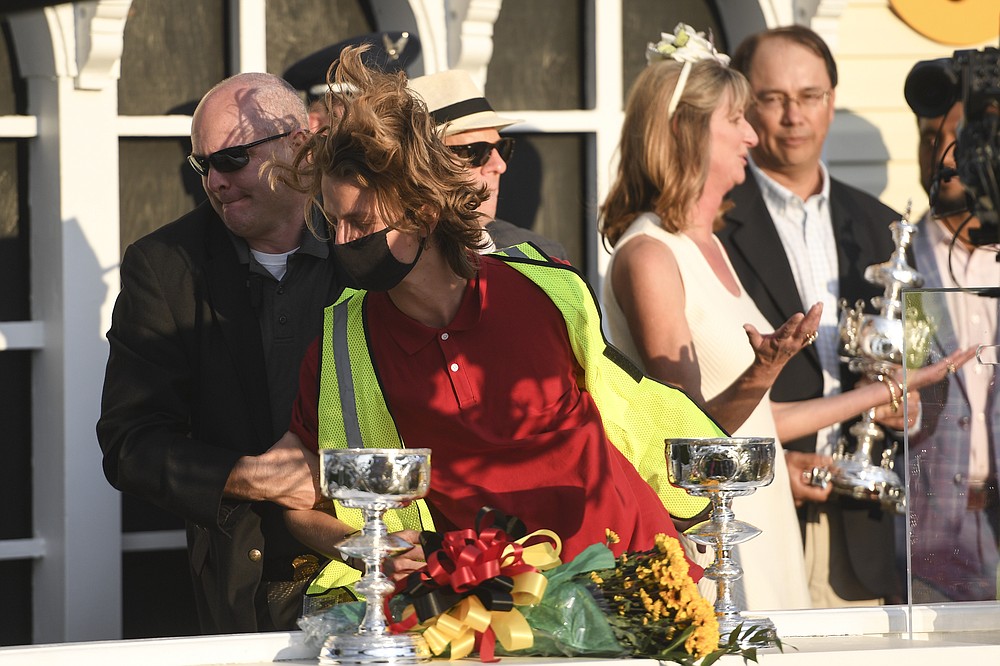 Security removes a protester, in red shirt, after he reached the stage during the trophy presentation after Flavien Prat atop Rombauer won the 146th Preakness Stakes horse race at Pimlico Race Course, Saturday, May 15, 2021, in Baltimore. (AP Photo/Will Newton) 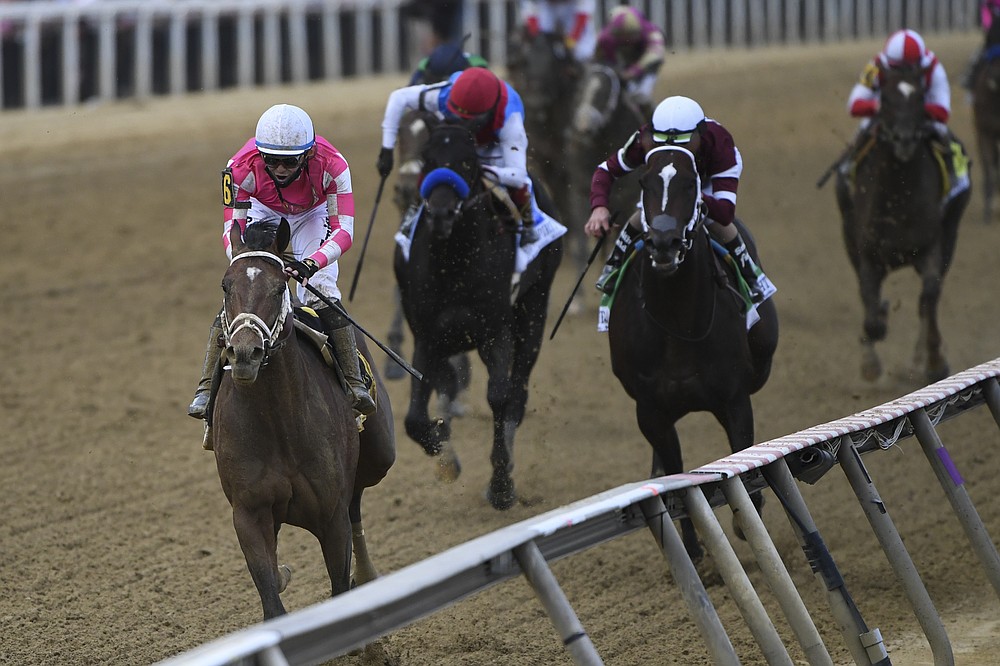 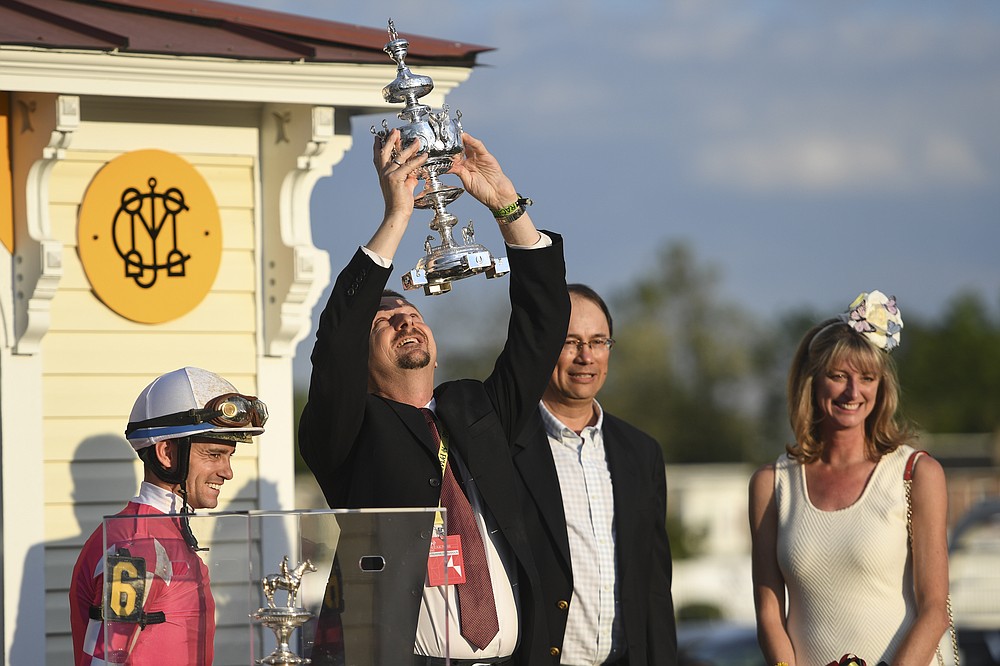 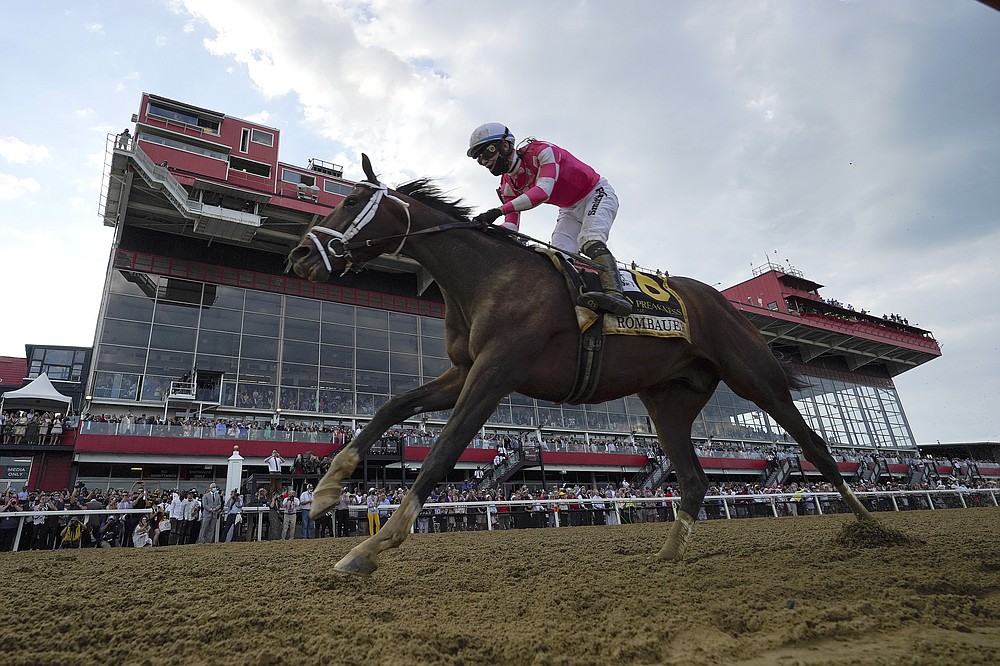