Biden betting on wage growth, while GOP warns of inflation 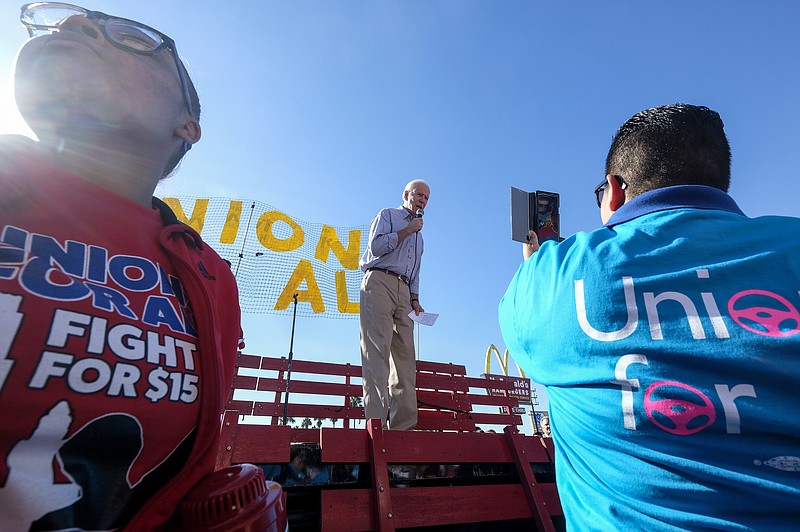 FILE - In this Dec. 19, 2019, file photo Democratic presidential candidate former Vice President Joe Biden, speaks at a rally in support of McDonald's cooks and cashiers who are demanding higher wages and union rights, outside a McDonald's restaurant in Los Angeles. The Biden administration is giving a bit of simple advice to businesses that are unable to find workers: Offer them more money. Boosting wages gets at the central promise of the Biden presidency to improve the lives of everyday. (AP Photo/Ringo H.W. Chiu, File)

WASHINGTON -- The Biden administration recently gave a bit of simple advice to businesses that are unable to find workers: Offer them more money.

This recommendation, included in a White House memo about the state of the economy, gets at a fundamental tension in an economy that is returning to full health after the coronavirus pandemic. Businesses are coping with spiking prices for goods such as steel, plywood, plastics and asphalt. Yet workers, after enduring a year of job losses, business closures and social distancing, are no longer interested in accepting low wages.

Administration officials say the White House is not trying to target a specific wage level for workers. But officials say higher wages are a goal of President Joe Biden and a byproduct of his $1.9 trillion relief package and at least $3.5 trillion in additional spending being proposed for infrastructure and education.

Boosting wages gets at the central promise of the Biden presidency to improve the lives of everyday Americans and restore the country's competitive edge in the world. Republicans say that Biden's policies have already let loose a torrent of inflation that will hurt the economy. The outcome of these competing forces could decide the trajectory of the U.S. economy as well as the factors weighing on voters in next year's elections.

White House economic adviser Jared Bernstein said the goal is "to pull forward a robust, inclusive recovery that provides good employment opportunities to people who have been the heroes of this pandemic, folks who are in the bottom half, who went to work, often in unsafe conditions, or had to stay home to take care of their families and deal with school closures and childcare constraints."

The New York Federal Reserve reported this month that there has been a 26% increase over the past year in wage expectations by noncollege graduates. The lowest average salary they expect for a new job is $61,483, up more than $12,700 from a year ago.

The wage pressures feeds into some anxiety about inflation. The Biden team sees the 0.8% month-over-month jump in consumer prices in April as temporary, a sign of consumer demand and the bottlenecks that naturally occur when an economy restarts. But newly released minutes from the Fed's April meeting suggest the U.S. central bank could possibly raise interest rates earlier than previously indicated to stamp down inflation and potentially limit economic growth.

The monthly jobs and inflation data can be volatile as the economy restarts, such that a single month could be an outlier instead of an underlying trend. Biden's aides are choosing to look at moving three-month averages on economic data and they see the situation as positive. They also said more people will accept jobs as vaccinations increase.

The Senate's Republican leader, Mitch McConnell of Kentucky, says he has seen enough from the data so far. He has told voters that Biden's decision to provide an additional $300 a week in unemployment benefits and the spending in his relief package are hurting the economy.

He said Thursday on Fox Business that the package "Democrats jammed through on a party-line vote" is "producing both people not wanting to work and raging inflation."

What makes the current situation unique is that wage pressures generally build when the unemployment rate is low. But the rate is 6.1% and the country is 8.2 million jobs below its pre-pandemic levels, historically the kind of numbers that might lead workers to settle for lower earnings.

The difference this time is that the government spent a combined $6 trillion over the past year, including relief packages passed under President Donald Trump, to minimize the economic damage from the pandemic. Biden's own relief package was geared toward helping to boost wages, with enhanced unemployment benefits, new monthly payments to parents, aid to restaurants and money for state and local governments to increase pay for essential workers. 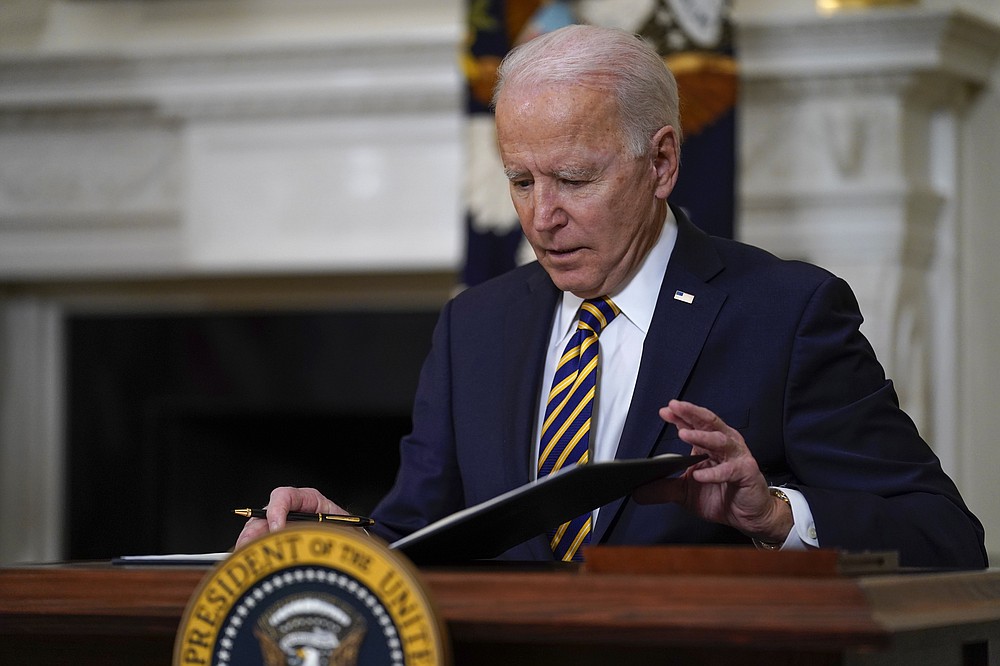 FILE - In this Feb. 24, 2021, file photo President Joe Biden closes the folder after signing an executive order relating to U.S. supply chains, in the State Dining Room of the White House in Washington. The Biden administration is giving a bit of simple advice to businesses that are unable to find workers: Offer them more money. This recommendation, included in a White House memo about the state of the economy, gets at a fundamental tension in an economy that is returning to full health after the coronavirus pandemic. (AP Photo/Evan Vucci, File)
ADVERTISEMENT