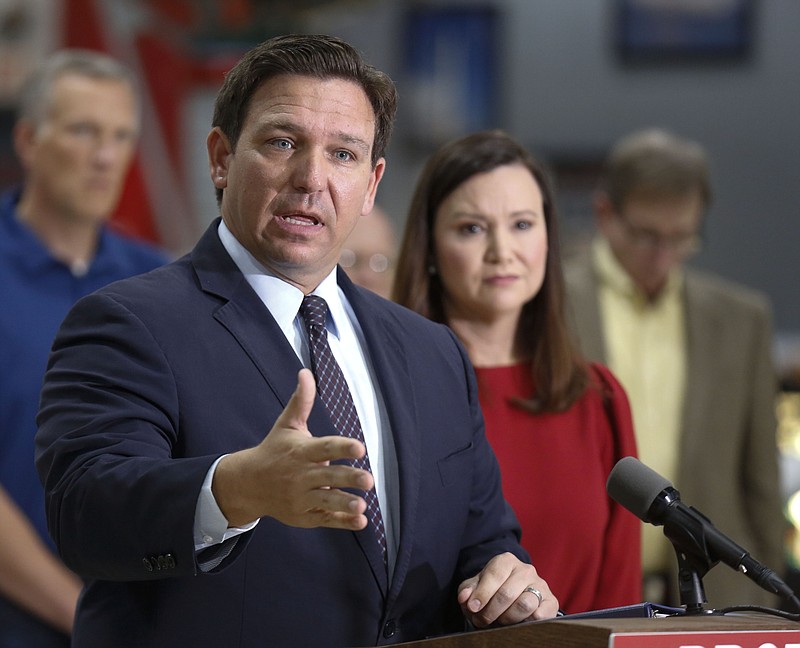 LITTLE ROCK -- Republican state officials reacted with swift rebukes Thursday to President Joe Biden's newly detailed mandate for private employers to require workers to be vaccinated against COVID-19, threatening a wave of lawsuits and other actions to thwart a requirement they see as a stark example of government overreach.

At least two conservative groups moved quickly to file lawsuits against the workplace safety mandate, and a growing roster of GOP governors and attorneys general said more lawsuits were on the way as soon as Friday. Some Republican-led states had already passed laws or executive orders intended to protect employers that may not want to comply.

"This rule is garbage," South Carolina Attorney General Alan Wilson, a Republican, said Thursday through a spokesperson. "It's unconstitutional and we will fight it." His state's governor, Republican Henry McMaster, said he is planning to issue an executive order keeping state agencies from enforcing the rule.

States have been preparing for the requirement since Biden previewed it in September. The Occupational Safety and Health Administration requirements released Thursday call for companies with 100 or more employees to be vaccinated by Jan. 4 or be tested weekly. Failure to comply could result in penalties of nearly $14,000 per violation. Federal officials also left open the possibility of expanding the mandate to smaller employers.

The White House said the administration has the authority to take actions designed to protect workers and expects the rule to withstand legal challenges.

Republican governors or attorneys general in Alabama, Arizona, Arkansas, Florida, Idaho, Indiana, Iowa, Louisiana, Missouri, Montana, Nebraska, New Hampshire, Oklahoma and South Dakota said Thursday they would file lawsuits against the mandate as soon as Friday. The Daily Wire, a conservative media company, filed a challenge in federal court on Thursday. So did companies in Michigan and Ohio represented by a conservative advocacy law firm.

"It adds insult to injury and forces them potentially to fire trained employees," Alt said.

States say they are focusing on the role of the federal government in the lawsuits they're preparing.

"While I agree that the vaccine is the tool that will best protect against COVID-19, this federal government approach is unprecedented and will bring about harmful, unintended consequences in the supply chain and the workforce," Indiana Gov. Eric Holcomb said in a statement.

At a news conference, Florida Gov. Ron DeSantis criticized what he called an "executive fiat" for the private sector. Iowa Gov. Kim Reynolds characterized the mandate as an imposition on personal choice, saying people should be able to make their own health care decisions. She recently signed a bill guaranteeing that people who are fired for refusing a vaccine can qualify for unemployment benefits.

Biden, in a statement Thursday, dismissed the argument from many GOP governors and lawmakers that a mandate for employers will hurt businesses' ability to keep workers on the job.

The administration has been encouraging widespread vaccinations as the quickest way out of the pandemic. A White House spokeswoman, Karine Jean-Pierre, said during a briefing Thursday that the mandate was intended to halt the spread of a disease that has claimed more than 750,000 lives in the U.S.

Challenges to the workplace mandate from Republicans and conservative groups are expected to be broad-based and quick, reflecting yet another aspect of the COVID-19 response -- from mask requirements to social-distancing guidelines -- that has fallen into a partisan divide. Democratic governors and attorneys general were relatively quiet after the OSHA rules were announced on Thursday. From California, Gov. Gavin Newsom issued a simple Twitter message: "The right move." Another Democrat, North Carolina Attorney General Josh Stein, defended mandates in an emailed statement to The Associated Press.

Laura Kelly, the Democratic governor in Republican-dominated Kansas, was trying to walk a fine line on the new workplace rules. She said after a chamber of commerce event Thursday that federal mandates "tend not to work" and that she wanted a "Kansas-focused" way to meet, them but did not give details.

All 26 Republican state attorneys general have previously said they would fight the requirements, and most of them signed a letter to Biden saying as much.

Key to their objection is whether OSHA has the legal authority to require vaccines or virus testing.

In the letter to Biden, the top state government lawyers argued that the agency can regulate only health risks that are specific to jobs -- not ones that are in the world generally. Seema Nanda, the top legal official for the U.S. Department of Labor, which includes OSHA, says established legal precedent allows rules that keep workplaces safe and that those rules pre-empt state laws.

That hasn't stopped state lawmakers and governors for taking a variety of actions aimed at undercutting federal mandates.

Texas Gov. Greg Abbott last month issued an executive order prohibiting private companies or any other entity from requiring vaccines. An Ohio lawmaker has proposed a bill barring schools and colleges from expelling students who refuse vaccines and preventing employers from firing workers who do so.

Arkansas has adopted a law creating a vaccine-mandate exemption for workers who can prove they have COVID-19 antibodies, although a broader measure banning employers from asking about vaccination status failed in the Legislature. The OSHA rule does include a religious exemption, as well as one for people who work exclusively outdoors or away from others -- such as from home.

Lawmakers or governors in states including Kansas, South Dakota and Wyoming have called for special legislative sessions to counter vaccine mandates. In Nebraska, not enough state lawmakers agreed to a special session to get one on the calendar, but Gov. Pete Ricketts, a Republican in a GOP-dominated state, has been pushing them to keep trying.

In Ohio, factory owner Ross McGregor said he will follow the rules as he would any federal workplace mandate, but not because he agrees with them. McGregor, who said he is vaccinated, is opposed to the new requirement, just as he has publicly opposed efforts by Ohio Republican lawmakers to prevent him from mandating the coronavirus vaccine for his workers.

"At the end of the day, every employer, and every employment situation, dictates what is best," said McGregor, a former Republican state lawmaker and owner of axle and brake component manufacturer Pentaflex, where he estimates that about half the 115 or so employees are vaccinated. "Having either a ban on mandates or an imposition of mandates goes against that"

Mulvihill reported from Cherry Hill, New Jersey. Associated Press writers Jeffrey Collins in Columbia, South Carolina; Tom Davies in Indianapolis; Heather Hollingsworth in Lake Quivira, Kansas; Alexandra Jaffe in Washington, D.C.; and Andrew Welsh-Huggins in Columbus, Ohio, contributed to this report, along with other AP reporters from around the U.S. 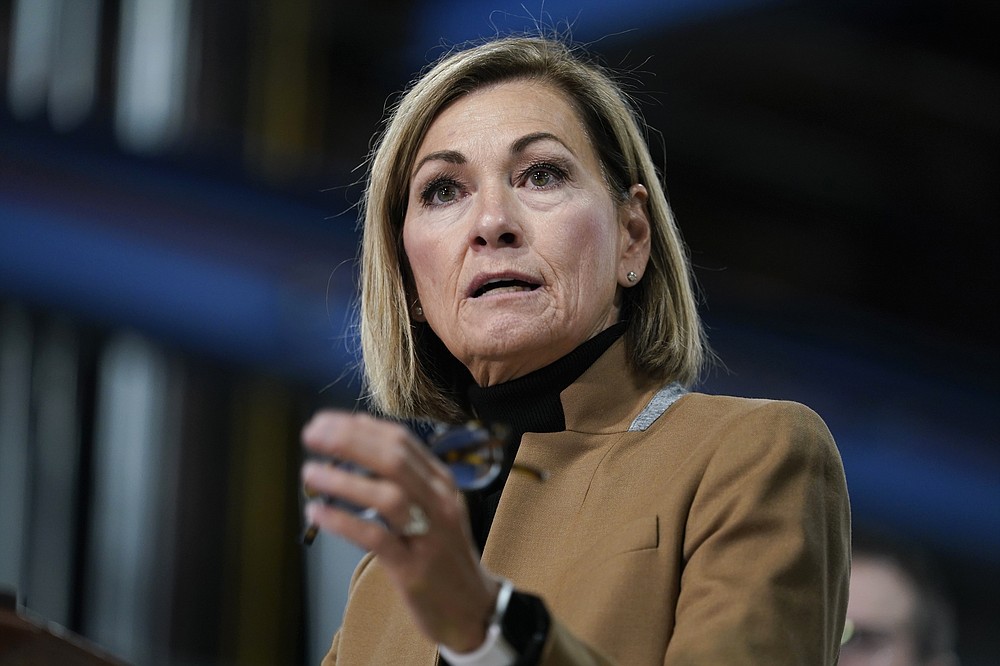 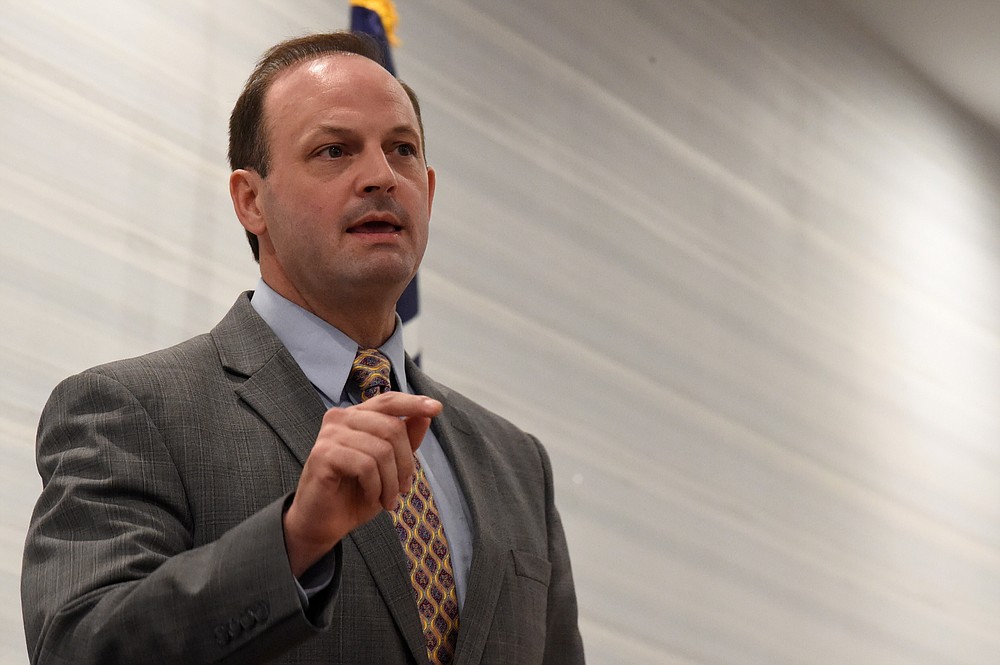 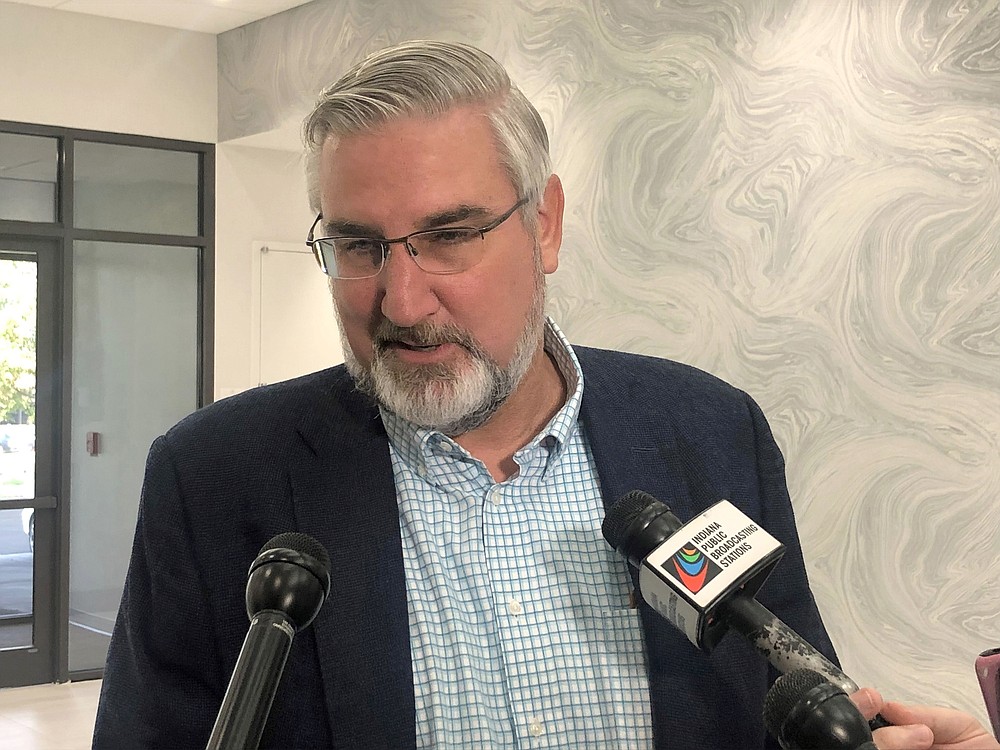 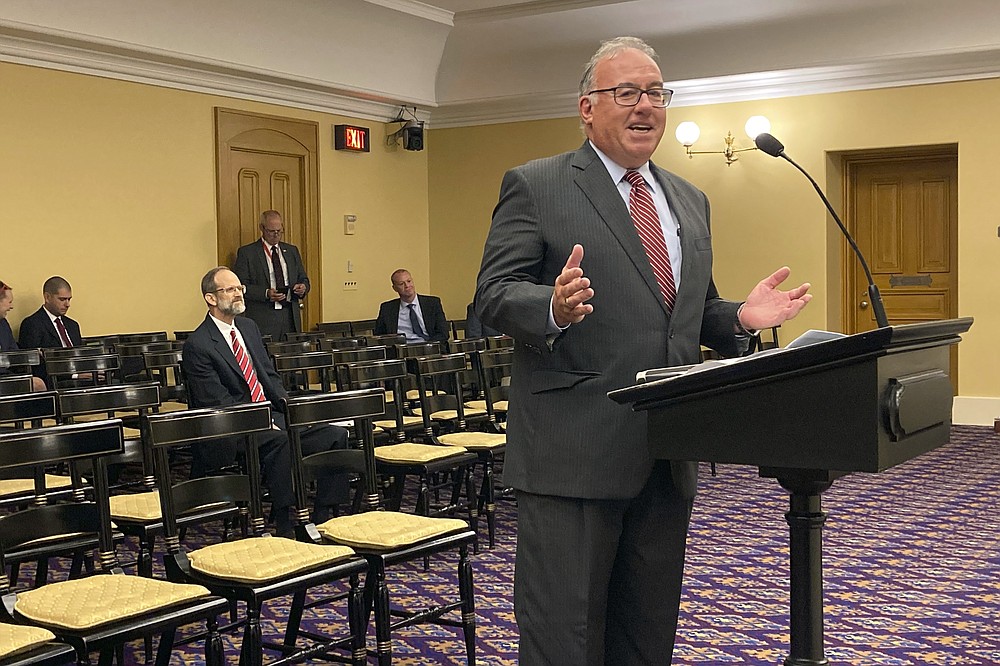 FILE - Ross McGregor, a Springfield factory owner, testifies against a GOP House bill that would put limits on employers' ability to mandate the coronavirus vaccine as a condition of employment, on Wednesday, Oct. 6, 2021, in Columbus, Ohio. McGregor, a former Republican House lawmaker, testified on behalf of the Ohio Manufacturers' Association, and said businesses are in the best position to determine what safety measures they need to set forth. (AP Photo/Andrew Welsh-Huggins, File)