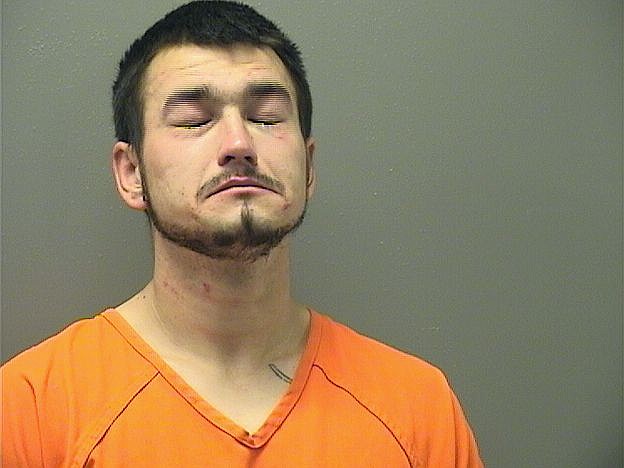 A parolee from Hope was arrested on felony charges Friday morning after he was allegedly caught naked inside a boat on Lake Hamilton that had reportedly been stolen and vandalized.

Leonard was being held on a $7,500 local bond and a zero bond parole hold and was set to appear Monday in Garland County District Court. He was convicted on Nov. 20, 2020, in Hempstead County Circuit Court for theft of property over $25,000, commercial burglary, breaking or entering and two counts of criminal mischief and sentenced to five years in prison, but later paroled.

According to the probable cause affidavit, on Friday morning, Garland County sheriff's Deputy Chandler Overton was dispatched to the 100 block of Ledgerwood Road regarding a stolen boat that had been recovered and arrived to find Hot Springs police on the scene.

Officers told him a naked man, later identified as Leonard, had been found on the boat "upside down between the steering console and the captain's seat."

The boat, a white Veranda pontoon boat valued at $25,000, had reportedly been stolen from a residence on Britt Lane. The owner later determined approximately $4,000 in damages had been sustained by the boat, including multiple seats being torn out, and other seats "ripped up."

The owner stated he checked his security camera after being contacted by the sheriff's office and observed the boat to have gone missing at approximately 4 a.m. Friday.

Leonard was initially taken to National Park Medical Center by LifeNet to be checked medically with a sheriff's deputy assigned to guard him until he was released and booked into the Garland County Detention Center shortly after 11 a.m.