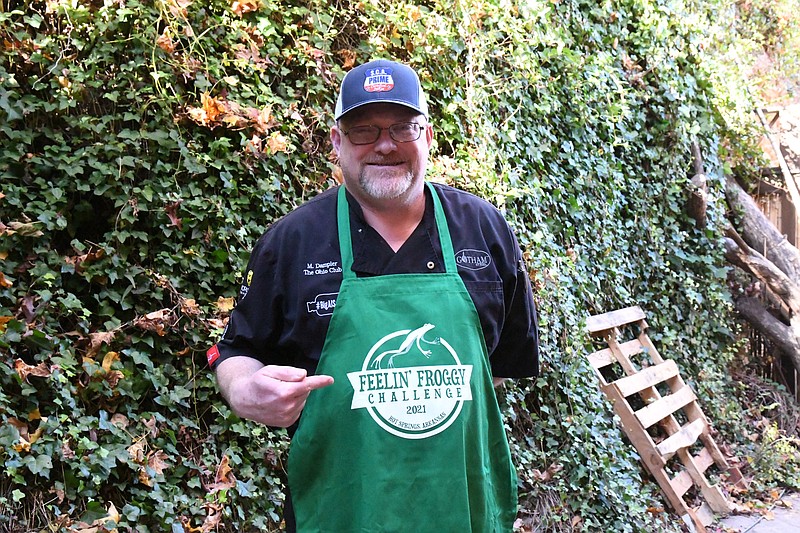 Some of the best chefs in America, including the reigning world champion, will put their skills on display today and Saturday for the All-In Steak Showdown.

Through Saturday, there will be four cooking contests held in the parking lot of Oaklawn Racing Casino Resort -- three featuring chefs cooking steaks, and one focused on frog legs. Each of the contests is a qualifying competition for the world championships.

"Burger Chef" Michael Dampier, who is hosting the cook-off, said, "It's an event that's with the Steak Cook-off Association, one of the largest food sport groups in the world. About every week of the year there's a Steak Cook-off event somewhere across the country and across the world."

About 35-40 cooks will be coming in tonight to compete, grilling rib-eye steaks, Dampier said.

"Saturday, we'll have about 50 cook teams. All of these teams are coming in from about 12-13 different states," he said.

One of the entrants for the showdown is Marissa Ouverson, the 2020 Steak Cook-off Association World Champion.

"She won the World Steak Championship this past March down in Fort Worth. She's coming in Saturday from Iowa," Dampier said, adding, "That is very exciting" to have her compete.

He said Johnny Joseph, a four-time world champion, will also enter the competition. "He is some of the royalty when it comes to food sport."

As far as the frog leg cook-off at the event, Dampier said, "They have what's an ancillary, which is like an appetizer or an addition that's not a steak. It could be a burger, it could be bacon. It could be dessert. It could be a Bloody Mary. We decided to be different; we went with frog legs."

A member of the Steak Cook-off Association since about 2015, Dampier said, "I've been a certified steak judge. I'm a prime judge, which means I've judged 26 or more Steak Cook-off events."

When asked how he attached big names to the event, he said, "I've been involved in some of their podcasts, online interviews ... really getting in good with them. I've judged over 30 Steak Cook-off events in the past two years, I've judged the Steak World Championships.

"It's been my dream to have a cook-off here in Hot Springs. This will be the first Steak Cook-off Association event in Hot Springs," Dampier said.

Each of the winners for the four events will qualify for the world championships in 2022.

"SCA, all their events usually benefits a charity," Dampier said, and this one will benefit the Jesse Dylan James Foundation which raises awareness of teen suicide.

"Their son, they found out too late, their son committed suicide. He'd been bullied, cyberbullying and (when he) passed away they started this foundation," Dampier said.

The foundation's largest fundraiser is a concert, and Dampier said that due to COVID-19, they had to cancel their fundraiser concert the last two years. "So I asked permission if we could do our event for them, so everything that is raised, all of the money that's raised goes to the Jesse Dylan James Foundation," he said.

Dampier said he hopes this will become an annual event and he would like to partner with a festival in the future.