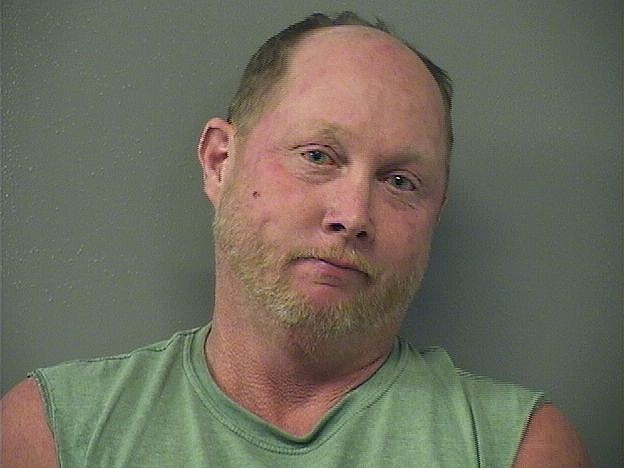 A Jessieville man was arrested Saturday night for driving while intoxicated, his fourth offense, after he allegedly fired a gun from his truck outside a woman's house.

David Allen Johnson, 51, who lists a Joshua Circle address, was taken into custody shortly before 9 p.m. on Buckville Road and charged with felony counts of unlawful discharge of a firearm from a vehicle, punishable by up to 20 years in prison, and DWI, fourth offense, punishable by up to six years.

Johnson, who lists no prior felony history, was being held on a $7,500 bond and was set to appear Monday in Garland County District Court.

According to the probable cause affidavit, shortly after 8:30 p.m. Saturday, Garland County sheriff's Deputies Candice Presley and Charles DeLaHunt responded to a report of shots fired in the 1300 block of Buckville Road.

The female 911 caller, 42, told dispatchers a known suspect, identified as Johnson, came to her home after she told him not to come on her property. She said she told him several times through her front door to leave and when he refused, she opened her door which prompted him to "take off running to his vehicle."

Once he got in his vehicle, she said he started to leave and began shooting a gun from his vehicle before leaving headed toward Highway 298. While Presley was still en route, she spotted a brown Ford F-150 pickup truck, which matched the description of the vehicle Johnson was driving, and a computer check confirmed the truck was registered to him.

Presley reportedly found Johnson sitting in the driver's seat of the truck with the engine running. He started to get out and she conducted a felony traffic stop because of the possibility of guns in the vehicle. She placed Johnson in handcuffs to detain him and noted he had "slurred speech and bloodshot eyes" and a strong odor of intoxicants coming from him.

She asked Johnson if he had anything to drink and he reportedly said, "A few. I'm only sitting here to text a girlfriend that lives in Arizona." Presley put Johnson in her unit and read him his rights and asked him what happened earlier.

Johnson reportedly stated he went to the woman's home on Buckville Road to retrieve a flashlight he left there the other day and when he arrived the woman came out of her house with a pistol in her hand. When he saw the pistol, he said he started to leave and she fired several rounds.

Johnson allegedly admitted after she fired rounds, he fired one round from his Sig Sauer AR rifle out the window of his truck. Presley noted the rifle did not have any bullets in the chamber or in the magazine.

Johnson was taken to the detention center and charged with DWI 4 because a computer check showed he had three prior convictions for DWI. He was also charged with the unlawful discharge of a weapon from a vehicle.

She noted Johnson refused to perform any standard field sobriety tests and refused to submit to any chemical tests.

According to court records, on Jan. 18, 2019, Johnson pleaded no contest in district court to DWI, third offense, a misdemeanor, and was sentenced to one year in jail, with all but 90 days suspended, six months' probation and fined $2,530.