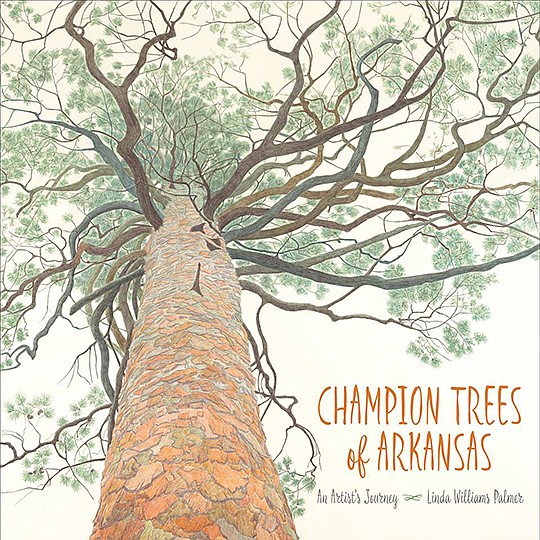 Palmer, a colored-pencil artist, painter and former gallery owner in Hot Springs, was the recipient of the Lifetime Achievement Award, the council said in a news release. The recipients will be honored at a ceremony in March 2022.

Palmer's most notable artistic project is her documentation of Arkansas' Champion Trees, the release said.

"These trees are recognized by the Arkansas Forestry Commission as the largest of each species. Palmer produced 18 large-scale and 18 smaller pencil drawings for a traveling art exhibition. The five-year project interprets each tree according to the season of observation, location, historic context and human connection. The drawings are viewed as part botanical illustration and part portraiture," it said.

The council noted that the exhibition, "Arkansas Champion Trees: An Artist's Journey, Drawings by Linda W. Palmer of Hot Springs," has traveled to 29 venues, and Palmer also created a companion book, "Champion Trees of Arkansas," published by The University of Arkansas Press and now in its second printing.

Also, a 60-minute, award-winning documentary was produced by Arkansas Education Television Network and showcased Palmer's drawings of the champion trees, the release said.

"Palmer has been a dedicated supporter of the arts. She served on the Arts Advisory Board for the city of Hot Springs, and the Arkansas Committee for the National Museum of Women in the Arts. As a working artist for over 40 years, Palmer's artwork is included in many private, university, art center and corporate collections," it said.

Since 1991, the annual awards program has recognized individuals and businesses for their outstanding contributions to the arts in Arkansas. Recipients are nominated by the public, then selected by an independent panel of arts professionals.

"Artists contribute so much to our state, both economically and creatively. The Governor's Arts Awards recognizes Arkansans who have made significant contributions to maintaining, growing and enhancing the arts in our state," Stacy Hurst, secretary of the Department of Parks, Heritage and Tourism, said in the release. "It is a pleasure to see such diversity in the list of winners this year -- from corporate creatives to music makers and visual artists to patrons of the arts."