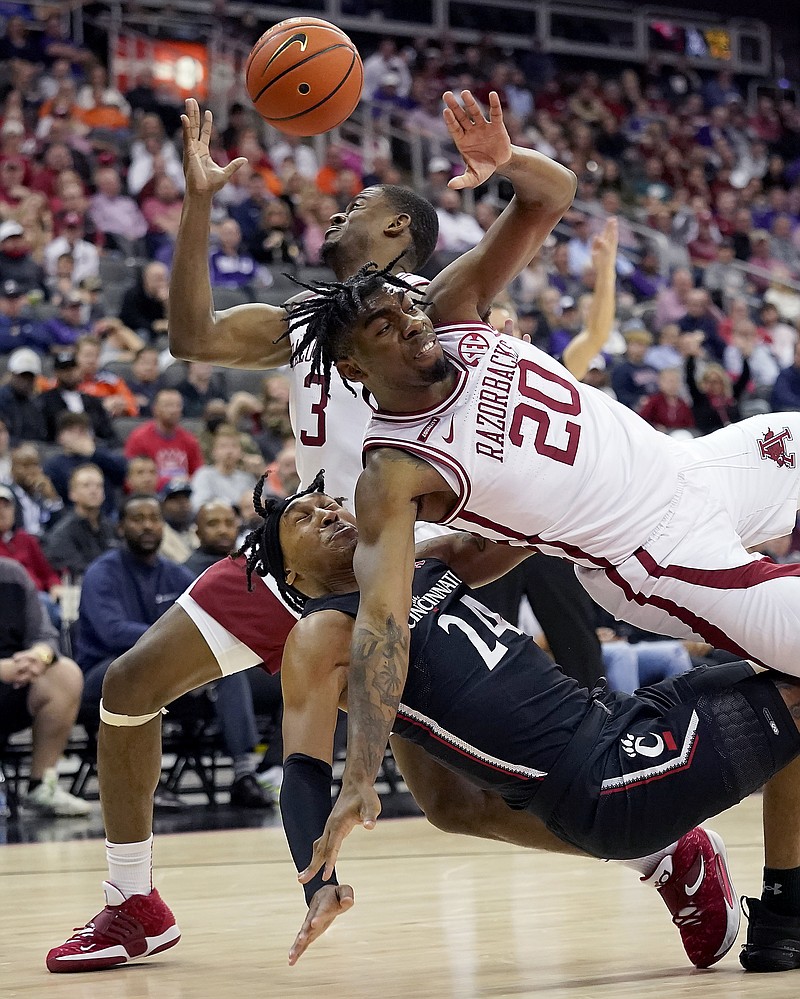 Arkansas' Kamani Johnson (20) and Trey Wade (3) collide with Cincinnati's Jeremiah Davenport (24) as they chase a loose ball during the first half of an NCAA basketball game Tuesday in Kansas City, Mo. - Photo by Charlie Riedel of The Associated Press