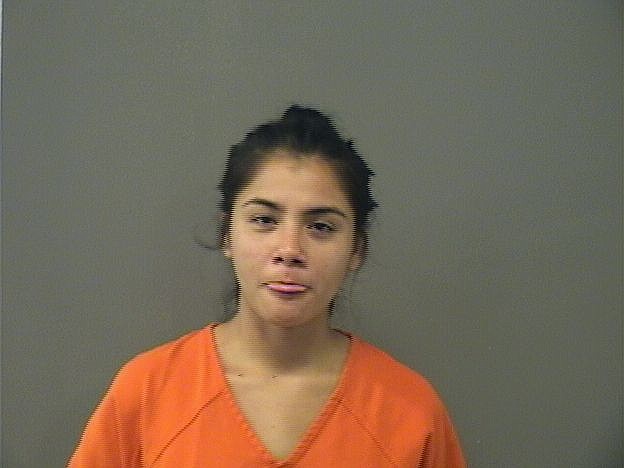 A Texas woman was arrested early Saturday after allegedly attacking and biting her boyfriend from Hot Springs multiple times after she had been drinking.

Crystal Maria Fernandez, 24, who lists a DeBerry, Texas, address, was taken into custody shortly after 1:30 a.m. and charged with third-degree domestic battery, a misdemeanor punishable by up to one year in jail.

Fernandez remained in custody Tuesday in lieu of a $2,500 bond and was set to appear Monday in Garland County District Court. A court order barring Fernandez from contact with her boyfriend was issued Monday.

According to the probable cause affidavit, Garland County sheriff's Deputy Candice Presley and Cpl. Matthew Cogburn responded to a disturbance outside the apartments at 173 Hershell Road. A crying woman, later identified as Fernandez, walked up to Presley from across the street from the apartments.

Fernandez reportedly told Presley she had been in a fight with her boyfriend and he pushed her, causing her to fall to the ground and hit her face. Cogburn asked Fernandez several times if she had any injuries and she said she didn't know.

Fernandez reportedly stated she pushed her boyfriend back, but only because he hit her. Both Presley and Cogburn noted Fernandez did not have any visible injuries, redness or marks in the areas where she said she might be injured.

Presley went and spoke to the boyfriend and noticed he had a cut on one finger and "several big bite marks" on his left arm, shoulder, right shoulder and back and two bite marks on his left leg.

The boyfriend stated he and Fernandez were sitting outside and she started drinking then "just started to attack him." He was checked by LifeNet personnel but reportedly refused to go to the hospital.

Fernandez was taken into custody at that point and taken to the detention center.