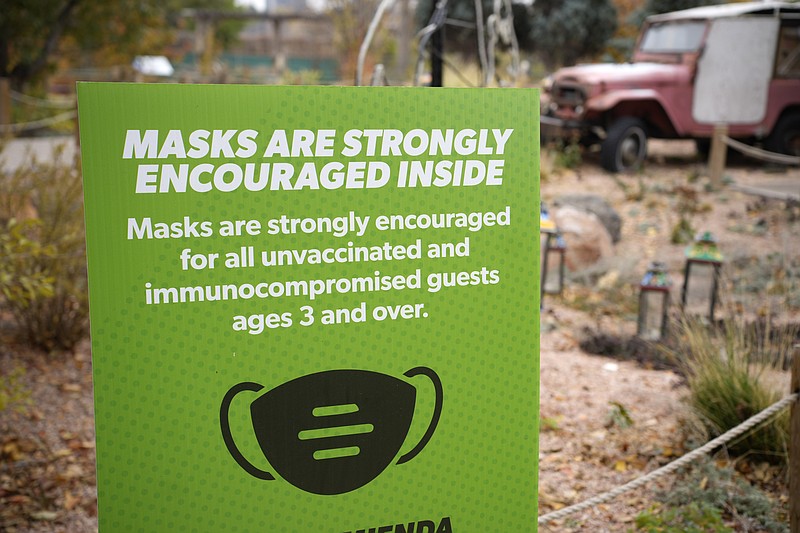 FILE - A sign encourages visitors to wear face coverings while visiting exhibits at the Denver Zoo, on Nov. 2, 2021. The U.S. is in better shape approaching its second Thanksgiving in a pandemic, thanks to vaccines, though some regions are reporting torrents of COVID-19 cases that could get even worse in the days ahead as eager families travel the country for overdue gatherings that were impossible a year ago. (AP Photo/David Zalubowski, File)