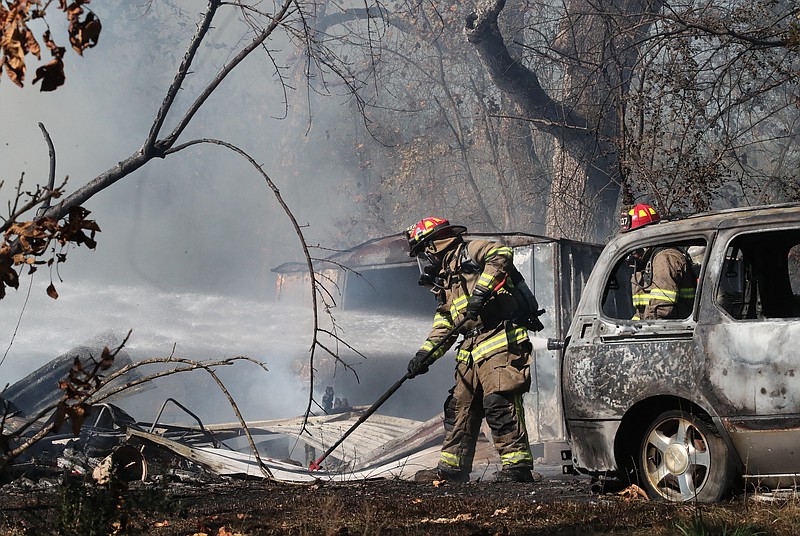 Members of the 70 West and Piney fire departments work to put out a fire at 1636 Caddo Gap Road on Tuesday. - Photo by Richard Rasmussen of The Sentinel-Record

Members of 70 West and Piney fire departments responded to a fire at 1636 Caddo Gap Road on Tuesday.

Firefighters from 70 West were dispatched shortly before 11:30 a.m., after a caller reported hearing an explosion and seeing fire coming from the residence, Fire Chief Autumn Carlisle said, noting they arrived to find the home fully involved and "on the ground."

Firefighters had difficulty accessing the fire because of a narrow driveway. The home was a total loss, so the American Red Cross was called to help the homeowner, who was not home at the time. The cause of the fire was unknown, she said.

The department sent two engines, one tanker and nine firefighters and Piney provided mutual aid with four personnel and two tankers with LifeNet on stand by.