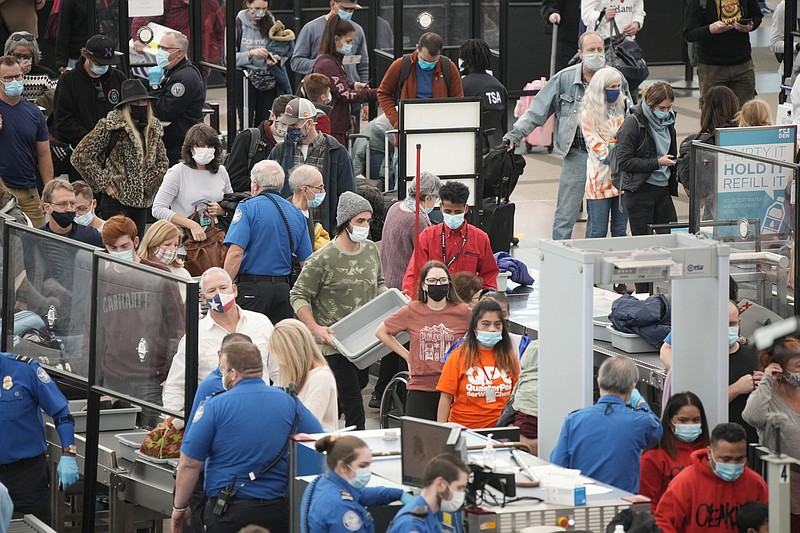 The Associated Press Travelers queue up at the south security checkpoint as traffic increases with the approach of the Thanksgiving Day holiday on Tuesday at Denver International Airport in Denver.