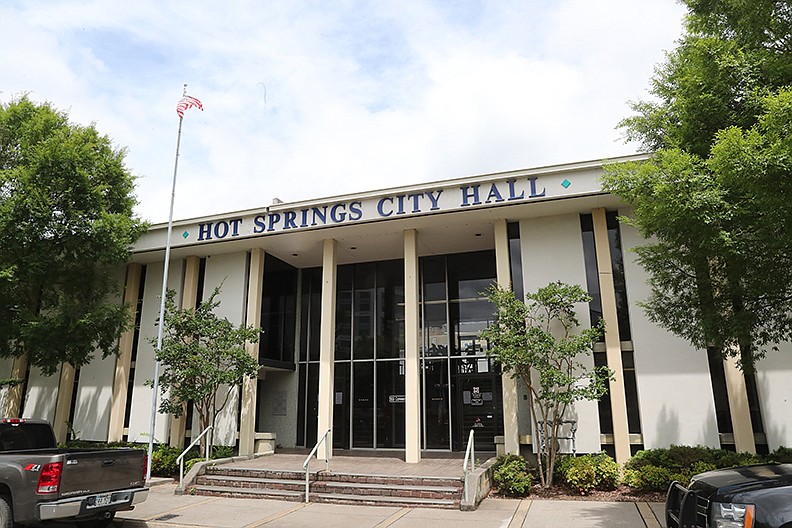 The city is recommending the 135-day moratorium on accepting short-term residential rental business license applications set to expire on Oct. 13 be extended through the end of the year.

An ordinance the Hot Springs Board of Directors adopted in March prohibits short-term rentals, properties listed for rent on online marketplaces such as Vrbo and Airbnb, from operating without a business license. It also imposed the 135-day moratorium that took effect at the end of May.

Earlier in May, the board adopted an ordinance establishing a regulatory scheme for the growing business practice, one that many residents told the board during public input sessions the city hosted earlier this year has disrupted their neighborhoods.

The city told the board it planned to request that the moratorium be lifted within 60 to 90 days after the regulatory ordinance's adoption, but the pause has remained in effect. The city told the board Tuesday that it needed more time to set up the online application process that will be administered by a third party and to allow short-term rentals licensed prior to the moratorium to take the steps needed to renew their annual license.

According to information presented at the board's summer 2022 goal setting and budget priorities work session, the city issued 569 STR licenses prior to the moratorium.

"With all the issues that we're trying to interface with one another, it is the staff's recommendation that the abeyance period be continued until Jan. 3 of 2022," City Attorney Brian Albright told the board earlier this week at its agenda meeting.

"We are recommending asking the board to extend the abeyance period until the end of the year," he said.

"We know we have a lot of renewals. We'd like for those renewals to go ahead and begin getting their inspections done so there's not a logjam at the first of the year. They can already have that done and ready to submit along with their application."

The board will consider an ordinance Tuesday night that extends the moratorium and amends STR ordinances adopted in March and May. One of the proposed changes requires STR owners to have their annual inspection completed by a registered home inspector in good standing with the Arkansas Home Inspector Registration Board. The regulatory ordinance adopted in May requires STR licensees to submit to an inspection conducted by a city official.

The city said under the amended ordinance the board will consider next week, the city's chief building official will review the home inspector reports and decide if the STR should be issued a certificate of occupancy. Inspection reports would have to be completed within 120 days prior to the initial application or renewal application.

"They have to be completed within 120 days prior to the application or renewal, so that they can begin doing that now so that we don't have such a logjam when Jan. 3 hits," Albright said Thursday. "They will at least have the opportunity to have their inspections completed and ready to go as part of that online portal. City staff does not have the time or manpower to be able to address all those inspections in such a limited, finite amount of time."

STRs are "primarily intended for sleeping accommodations," the amended ordinance said. "They are not intended for large gatherings or parties."

The amended ordinance would require STR owners to place a city-issued placard listing the maximum overnight occupancy at the entry of the residence.

"The idea here being when the police are called to a location where there has been a reported party or other large gathering or parking is becoming a nuisance, this placard next to the door immediately shows what the occupancy is," Albright told the board.

The amended ordinance would give the city additional enforcement authority, such as disconnecting noncompliant STR's water meters. An ordinance adopted in 2000 authorizes the city to disconnect water service for noncompliance with its building and zoning codes.

"For those that are operating now, without a business license, if they continue to do so without the license, they didn't get a (certificate of occupancy), they run a risk of having their water meter being pulled," Albright told the board.

"They will not have their license suspended, revoked, unless it's a repetitive issue," Albright told the board. "Compliance is the goal. I don't think anyone in this room wishes to shut down this industry. It's a valuable part of our economy. The city manager and his staff will seek compliance first and foremost. That's the goal."

The amended ordinance would continue to require STR applications received after the moratorium expires to include a conditional-use permit if the applicant's property is in an area zoned for residential use. A conditional-use is a dispensation that allows land uses, with conditions, that aren't permitted in a zoning district.

But the amended ordinance would exempt horizontal property regimes, or residential buildings with individual units that can be sold and bought separately, from the conditional-use requirement.

Conditional uses granted by the Hot Springs Planning Commission can be appealed to the city board, giving residents who oppose the conditional use an avenue to challenge the planning commission action. Albright told the board a horizontal property regime's governing body can decide to allow or disallow STRs without city intervention.

The amended ordinance wouldn't count STRs in HPRs against the cap of 700 STRs in areas zoned for residential use. According to information presented at the board's summer work session, the city has issued 378 STR licenses in residential zones.

HPRs would also be exempted from the prohibition on STRs in multifamily dwellings in areas zoned for residential use.

"First of all that begins to feel a whole lot more commercial than just residential," Albright said of apartment complexes or other multifamily dwellings converting to short-term rentals, a practice prohibited by the amended ordinance. "It makes it sound like a hotel or motel. But we're also trying to help preserve affordable housing stock for long-term rentals."