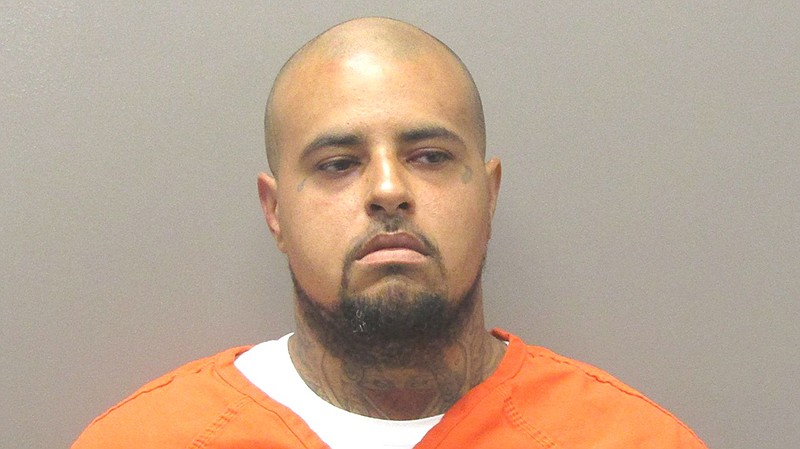 A felon on parole arrested in 2019 after he was found in possession of stolen guns was sentenced last Tuesday in U.S. District Court in Hot Springs to seven years and eight months in federal prison.

Redmon DeShawn Logan, 33, of Hot Springs, was also sentenced to three years of supervised release following his prison sentence for one count of being a felon in possession of a firearm, Acting U.S. Attorney David Clay Fowlkes of the Western District of Arkansas said in a news release.

According to the probable cause affidavit, on May 25, 2019, around 10 a.m., Arkansas State Police Trooper Lukas Tankersley was westbound on Albert Pike in the 3700 block when he saw an eastbound green Chrysler Concord exceeding the speed limit.

He turned around and was trying to catch up to the vehicle when a dispatcher received a 911 call about a green Chrysler passenger car "driving erratically all over the roadway" and suspected it was the same vehicle. He made a traffic stop on it in the 2900 block of Albert Pike and made contact with the driver, identified as Logan.

While talking to Logan, Tankersley saw a bullet from a handgun on the driver's door handle and asked Logan if there were any weapons in the vehicle. Logan confirmed there were and that he had just "picked some up from a friend."

While Tankersley was checking the ID of other occupants of the vehicle, Logan reached down between the seat and door so the trooper had him exit the vehicle. Upon opening the door, he saw a handgun on the seat, so he detained Logan.

A computer check revealed Logan had a suspended driver's license and was a convicted felon on active parole with a search waiver on file. It was also determined the Concord was owned by a Hot Springs woman.

The case was prosecuted as part of Project Safe Neighborhoods, a program bringing together all levels of law enforcement and the communities they serve to reduce violent crime and make our neighborhoods safer for everyone, the release said.